By San Antonio Current Staff
Share on Facebook
Tweet
Submit to Reddit
Email
Alas, Record Store Day 2016 is upon us. Here are some official and just-plain-classic records to pick up from your local vendor on the annual celebration of vinyl (April 16, 2016).
OF 25
PREV NEXT

Straight up, 18-hour party music. Like for partying for 18 hours. Flip the record as necessary.

Via luakabop.com
The Walkmen - Bows + Arrows An indie rock classic. The jingle-jangle slightly distorted reverb of the guitars and the keys have become a staple of the New York group’s sound, often imitated, never duplicated.

Via thequietus.com
Regina Spektor - Begin to Hope The Russian redhead sheds some of the avant-garde noise heard on debut Soviet Kitsch and explores equally uplifting and heartbreaking territory. An official Record Store Day (RSD) release, Begin to Hope will be released on two LPs, limited to 3,000 copies.

Via amazon.com
Ray Charles - Modern Sounds in Country and Western Music This is a must for any music fan. Fuck country, soul, blues, r&b or any other genre. If you can’t dig Brother Ray’s sultry sounds, whatever they are … check your pulse.

Via amazon.com
Patti Smith - Horses Live Electric Lady Studios Also another official RSD release, see if the classic LP from the female torchbearer of Dylan’s poeticism and surrealist content lives up to the hype or if Crass was right in stating in anti-pop anthem “Punk is Dead”: Patti Smith, you’re napalm, you write with your hand but it’s Rimbaud’s arm.”

Via amazon.com
Nina Simone - Wild is the Wind A perfect record, sublimely intimate and jarring. A perfect introduction to Eunice Waymon, the woman crowned the “High Priestess of Soul.”

Via vibe.com
Mac DeMarco - Another (Demo) One The demo for this 2015 mini-LP release from the bedroom pop savant is sure to have all of the millennials passive-aggressively tweeting over how some big, burly carnivore searching for rare Mayhem bootlegs wouldn’t get out of the way so they could snatch it up.

Via killerboombox.com
Isn't she the one that was running up that hill and then disappeared for, like, 20 years and then came back? Oh, you didn't know that? Guess, I know a fuck-ton more about Kate Bush than you.

Via amazon.com
For the making of the baby.

Via amazon.com
Father John Misty - I Love You, Honeybear The beautiful man most poised to take the torch of modernist torch ballads from Leonard Cohen.

Via wikipedia.org
Etta James - At Last Beyoncé may have played the mastersinger of such classics as the title track, “All I Could Do Was Cry,” which is all you’ll be able to do upon listening to it, “Spoonful” and “My Dearest Darling” in the Chess Records docudrama Cadillac Records, but the queen reigns supreme.

Via genius.com
Deftones - B-Sides & Rarities Because it’s San Antonio, and they’re the Deftones.

Via amazon.com
David Bowie - The Man Who Sold the World Even with 5,000 copies running around this Record Store Day, this 12” picture disc is gonna be one hot commodity. Miss you every day, Starman.

Via picture-disc.co.uk
Curtis Mayfield - SuperFly A soul-funk classic from the brilliant leader of The Impressions.

Via elevtrtrax.com
Skip ad in
The Clash - Combat Rock Originally titled Rat Patrol from Fort Bragg, this seminal record, despite the two singles “Should I Stay or Should I Go,” “Rock the Casbah” and their inevitable mention in any conversation with casual Clash fans, i.e. posers, is truly punk in its challenge of the cliches of three-chords played loud and fast. Really, a brilliant World Music record.

Via amazon.com
Buzzcocks - More Product in a Different Compilation 24 tracks from one of the most brilliantly melodic groups that proved that pop-punk didn’t begin with American Idiot, or even Dookie before it.

Via modern-vinyl.com
Blonde Redhead - Peel Sessions This 1,500 limited run 7” from the first-noise-and-then-chamber-pop trio is out on Numero Group, the label that previously released English Oldies, the Royal Jesters comp.

Via numerogroup.com
The Animals - Animal Tracks Originally released just one year after four mop-topped Liverpudlians took the States by storm, The Animals helped push American rhythm and blues back into the forefront of pop music. This official RSD re-release features R&B standards “Bright Lights, Big City” by Jimmy Reed, “I Ain’t Got You,” “Mess Around” and “I Believe to my Soul,” the latter two made popular by some genius named Ray Charles. 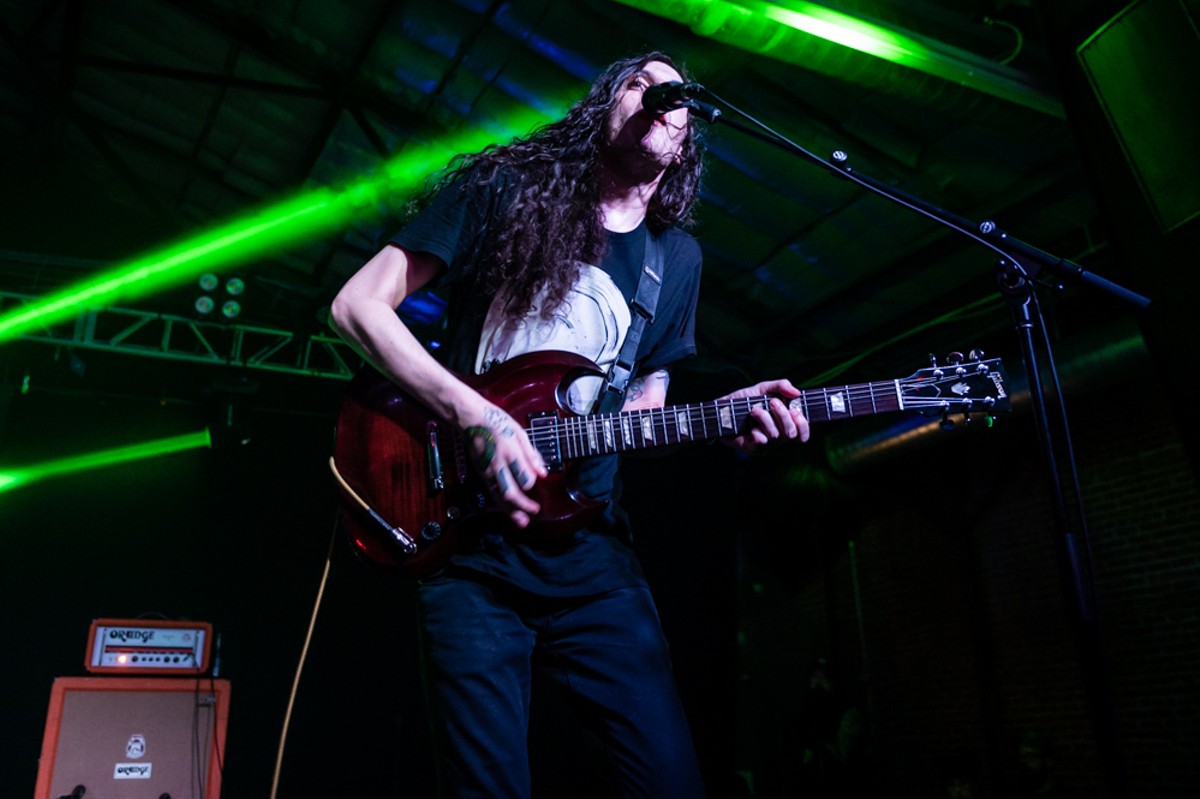 All the metalheads we saw as San Antonio's Brokenboard Productions celebrated its 15th anniversary
San Antonio Current Staff90 images
1/25
Straight up, 18-hour party music. Like for partying for 18 hours. Flip the record as necessary.