By San Antonio Current Staff
Share on Facebook
Tweet
Submit to Reddit
Email
San Antonio is proud to be Military City, USA. And we have the proof! Check out these vintage photos of military life, with some photos dating back to the late 1800s!

Photos courtesy of UTSA Libraries Digital Collections
OF 25
PREV NEXT

In this 1937 photo, soldiers headed out to Leon Springs to practice maneuvering the machine gun in the back in the truck.
Military police at Fort Sam Houston had some fun. A soldier demonstrated the jeep's ability to jump in this photo from 1941.
Back in 1948, the Air Force tested out tropical uniforms for 60 days to determine their practicality. Based on the chanclas, we're gonna say they didn't last long.
With San Antonio being the gateway to the Air Force, it makes sense that lots of cool things happen in the sky here. In this 1929 photo, enlisted men can be seen jumping out of these small planes, trying to prove how easy it is to use paratroops during battle.
While military bases are all around town, San Antonio's nickname is strengthened by a military presence at every level. In this 1949 picture, a student rifle team at the Texas Military Institute is practicing for competition.
San Antonio is all about showing its pride in being Military City USA. Here's a group of soldiers marching in the 1940 National Defense Week military parade.
If you've been to the Menger Hotel or Menger Bar, you know President Teddy Roosevelt spent some time in San Antonio. Here he is in 1898 as lieutenant colonel of his famous Rough Riders.
Military police at Fort Sam Houstonwere super excited about their new jeep, as you can see in this 1941 picture.
Crews at Kelly AFB has a hunk of work to do to prepare this B-29 for flight. Back when this picture was taken in 1948, the planes were being ready to be used for training missions.
He's beauty and he's grace. He's...a bugler player from 1925.
Skip ad in
This is what off-base military housing looked like near Kelly Field back in 1941.
Ever heard of the Women's Air Force? Well, it was totally a thing back in 1948. Here's some women undergoing a physical evaluation as part of their recruitment.
Here's another shot of Teddy Roosevelt during his stay in San Antonio.
Back in 1941, military members at Fort Sam Houston had nine hats as part of their uniform. Nine! You can see this lieutenant inspecting all of them on a bed.
You can still visit the Quadrangle today, but here's what it looks like in black and white.
This man is examining a plexiglass dome and other parts from the obsolete B-24s. Salvage parts could be used for bicycle seats, camera lens and even dynamotors for a ham radio back in 1948.
San Antonio loves the army so much that they dedicated a whole parade to it in 1941. Here you can see the parade marching west on Houston Street.
San Antonians were eager to watch an aerial show at Brooks Field back in 1925.
These Women's Air Force recruits were all smiles in this 1948 photo.
Here are some of Teddy Roosevelt's Rough Riders hanging out back in 1898.
Skip ad in
This Army captain and medical student was all business while using a mannequin to study in 1941.
San Antonians showed up to enjoy the 1941 Army Day parade. Check out the Alamo Cenotaph on the left.
In this 1937 photo, a man is working on military equipment.
Military members in medical courses took their studies very seriously in 1941.
This pilot is refueling his place at Brooks Field in this 1923 photo.
More slideshows 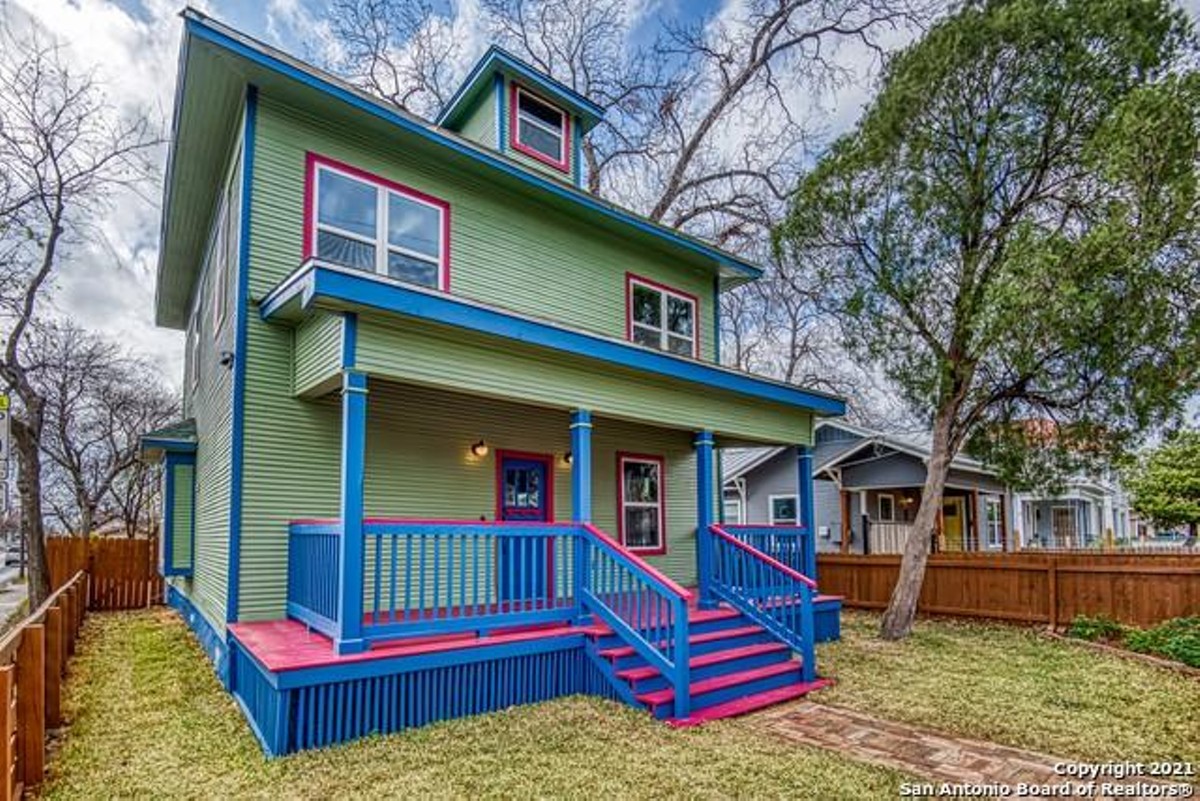 A newly restored Victorian south of downtown may be the most colorful house for sale in San Antonio
San Antonio Current Staff26 images
1/25
In this 1937 photo, soldiers headed out to Leon Springs to practice maneuvering the machine gun in the back in the truck.
Play Slideshow