by Travis Buffkin and James Courtney

Wasting no time after his somewhat unceremonious departure from local "mojado punks" Piñata Protest, drummer JJ Martinez has joined forces with some of the city's hardcore heavy-hitters to form Empires. Featuring singer Joe Roque (J-Roq), whose vocals are reminiscent of Op Ivy's Jesse Michaels, bassist Gabe Mendez and guitarists Greg Alaniz and Rob Sharp, Annihilation of Self possesses D-beats, chugga-chuggas and angst-ridden poetry, all running riot through the muddled recording; enhanced by the lack of pristine, studio-heavy production.

The five-song EP covers classic hardcore terrain in its brief 12 minutes, bringing the rabid but familial feel of American Nightmare, Bane, Madball, Terror and their rowdy raucousness with it: Sweaty kids enrapt in the camaraderie of all-ages shows in VFW halls and basements, arm in akimbo arm. To many, this is family.

It's been 40 years since punk broke into the mainstream and almost as many since hardcore bullied the once snide genre into more brutal territory, considered by some to be a humorless hostage-taking. However, Empires' passion is palpable.. — Travis Buffkin 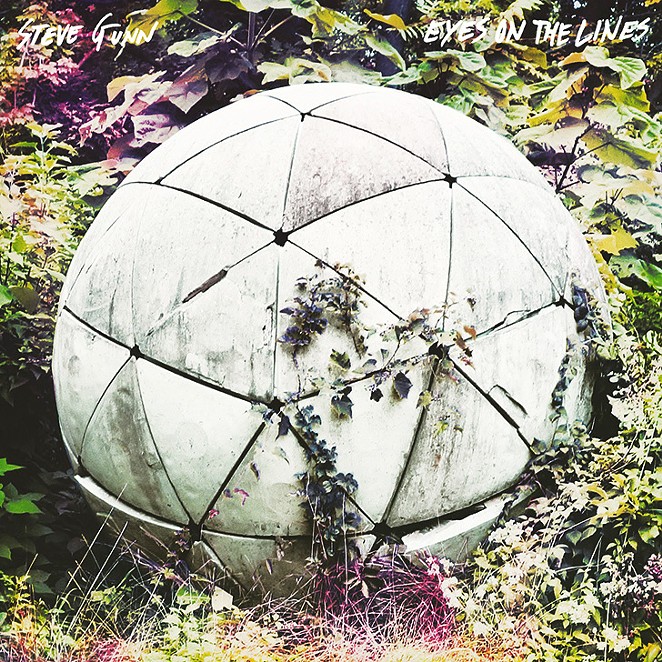 Eyes on the Lines

With his latest release, the prolific guitarist/singer/songwriter Steve Gunn continues his progression from experimental and meditative guitar compositions to full-fledged pop songwriting. A particularly adept student of American primitive guitar music, à la his most obvious influences John Fahey and Jack Rose, here Gunn moves beyond mood and instinct as his chief compositional domain, and with success. When compared to his first two proper solo LPs, the impeccable Time Off (2013) and Way Out Weather (2014), Eyes on the Lines finds Gunn shortening his song length dramatically and reining in his exceptional, improvisational playing in a way that makes sense within tighter song structures. While these nine tracks may not lead you to spontaneous nirvana, they make a compelling argument for the adaptation of American primitive guitar techniques to mainstream song craft. The strongest songs here — "Ancient Jules," "Conditions Wild" and "Park Bench Smile" — are, despite Gunn's often monotone vocal delivery, endlessly listenable for their winning incorporation of jazz, blues and rock stylings. Suffice it to say that if Gunn is to be considered successful here, and I believe he is, it is a success that is informed by the promise of what may yet come of his interest in writing tighter songs, and not a success based wholly on this album's actual material. — James Courtney

Beginning in 2010, Will Toledo — who has now recruited a full band — has churned out messy, emotive, lyrically sophisticated rock music at breakneck speed (dig the 12 albums-worth of previous material). Last year's Teens of Style collected new versions of some of those (surprisingly good) bedroom emo/indie/punk rock songs and now, finally, we have a fully new LP, recorded in a real studio, with backing players y todo. Lyrically and sonically, Teens of Denial is dense as fuck, a product of Toledo's restless ingenuity that refuses to let a single song be finished until it's full to bursting with movement and quirks. This album, rather than a crisp distillation of what was once called indie rock, comes off like a melting pot of all the elements that made 1990s and early 2000s indie rock so appealing: It's rough and sloppy, it's full of personal emotional turmoil painted on a canvas of societal evil, it's dynamic, pompous, intelligent, weary and wary, all at once. It's sad sack guitar rock that is ambitious and savvy enough to avoid staleness (or triteness) and reverent enough to easily reveal its natural predecessors (though they be myriad). — JC