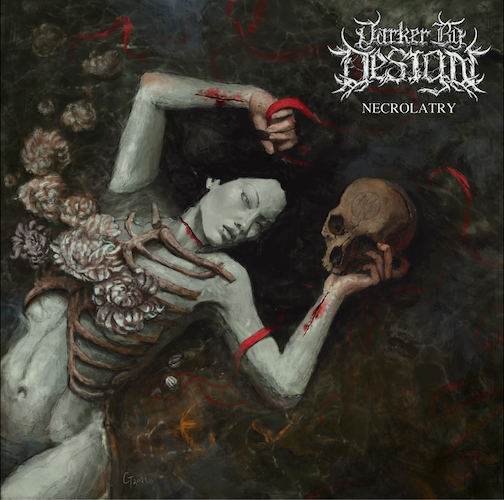 When the pandemic put live shows on indefinite hold last spring, Bandcamp began waiving its fee from artist sales on the first Friday of each month. The streaming service plans to keep that policy in place at least through May, although we're guessing it might stretch on longer than that.

So, to help connect hungry-eared readers with San Antonio artists eager to gain a little cash by moving fee-free music, the Current will be offering download suggestions at the start of each month.

Without further ado, here are three new and worthwhile releases from San Antonio acts now available Bandcamp. But get downloading, this month's fee-free deal for the artists is only good on Friday, May 5.

A cello intro bleeds sinister vibes, so if the cover art and album title of Darker By Design’s Necrolatry didn’t clue you in, you’re wise to note the aural clue. But it’s not just the intro, since the cello courses through the veins of this deathcore-meets-black-metal-with-occasional-djent-rhythms release. You could be forgiven for thinking the band's use of bowed strings invokes violin-equipped extreme metal act Ne Obliviscaris. Hell, NeO's harsh vocalist, Xenoyr, even makes an appearance here on “Between the Dead and Dying.” But Darker By Design is shooting for something more focused than NeO, providing an intense ride with bursts of real melody. Available as digital download.

In this age of increasingly cryptic band names, we’ve sometimes lost the ability to infer a artist’s sound from their nom de guerre. The video game warriors of Bitforce are fighting to keep the classic naming tradition alive on their incredibly enjoyable, half instrumental self-titled release, which invokes nostalgia for games that never existed. Game soundtracks have been increasingly artistic for years, and Bitforce manages to combine a modern sound reminiscent of The Algorithm with the fun and sing-song qualities of chiptune. Also … Bitforce has costumes! These guys may kill you. Available as digital album or CD, which includes digital download.

Ani Ces Live, from the Floor of a Hallway

The pandemic has inspired any number of home albums, and for at least one San Antonio musician, Texas' recent snowed-in craziness was the icing on the cake. Ani Ces’ Live, from the Floor of a Hallway combines covers from her band, Other Plank, and one from Meth Wax. Ces — the performing name of singer songwriter Vic Garces — accompanies herself on guitar for this bare-bones release. Ces' songwriting is reminiscent of Rilo Kiley’s Blake Sennett, and she has a similar knack for personal insight. This album was recorded on an iPhone during the snowy shutdown (in a hallway, of course), and proceeds go to relief groups. Available as digital download.


Get our top picks for the best (online!) events in San Antonio every Thursday morning. Sign up for our Events Newsletter.