4 State Parks To Visit In Texas 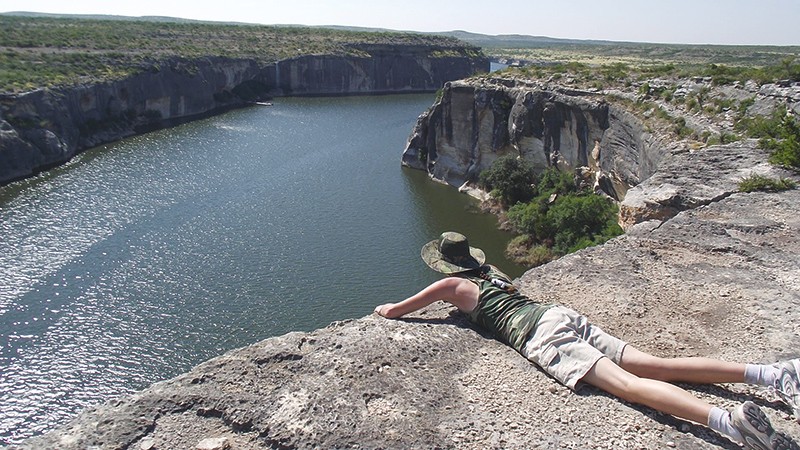 Scorching 100-degree plus days in South Texas are waning.

As dangerous heat subsides, the urge to go outdoors grows as summer turns to fall.

The Lone Star State is vast and opportunities to spend time outside are plentiful.

The state's beauty is as large as the distances it encompasses. Luckily, Bexar County residents are not in short supply of gorgeous state parks — whether they don't want to drive far or are ready to put some miles behind them.

[Slideshow: 20 Texas State Parks To Take In The Great Outdoors]

Experts believe the Sauroposeidon, which means "earthquake god lizard" (they grew to nearly 60 feet and weighed 55 to 60 tons), and the Acrocanthosaurus, a predator that was nearly 40 feet tall, weighing approximately 6.5 tons, left the footprints.

There are several species of oak, including Texas Red Oak, that produce the classic red foliage that defines fall in some northern states. Just remember, this place does get crowded when the leaves change.

If you didn't get enough time on the water this summer, Pedernales Falls State Park (2585 Park Road 6026, Johnson City, 830-868-7304), is a little more than an hour away from San Antonio. Featuring giant limestone slabs and cool water, there's more than enough to do at this park, including biking, hiking, camping and swimming.

However, the river is susceptible to flash floods, which could be tragic if someone is in the wrong place at the wrong time. So be aware and follow the park's warnings and recommendations.

A little farther away than the other parks featured in this story is a hidden gem called Seminole Canyon State Park and Historic Site (90 Highway, Comstock, 432-292-4464). It's roughly three hours away, but a chance to see cave art dating from 2,000 to 8,000 years ago in stunning western beauty along to Rio Grande is always worth it.

Humans began living in the area some 10,000 years ago, when mammoths would have roamed the wild west.

One last thing to remember while soaking up the great variety of outdoor fun in the Lone Star State: to keep it beautiful, leave no trace.