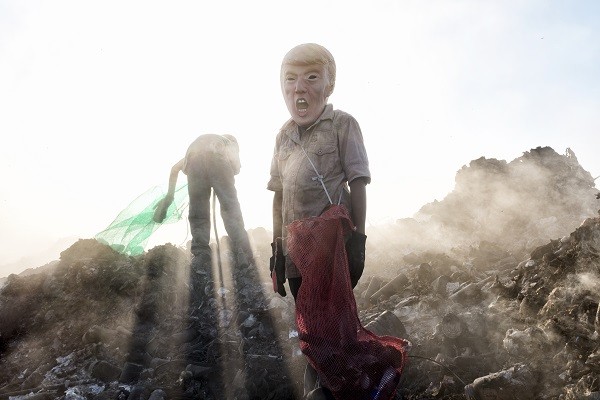 4x5 Photo Fest, an annual daylong event that brings photographers of all skill levels together to swap ideas, techniques, and even photos, is gearing up for its second year. While last year's well-attended, inaugural fest was held at Brick at Blue Star, this year's 4x5 Photo Fest will go down at Paper Tiger on Saturday, November 18.

Featuring workshops and talks from well-established photogs, a photo swap, a photo fair with exhibitor booths, and an after party with live music (courtesy  of local act Fishermen), 4x5 Photo Fest is as much a one-day buffet of ideas and inspiration as it is a fast-tracked networking opportunity for photographers of varying experience. Despite a fierce local/regional focus, the fest welcomes talented photographers from across the nation.

The fest, which is the brainchild of three locals — seasoned professional photographers Scott Ball and Josh Huskin, and art/design/marketing wiz Shannon Gowen — centers its mission around "building intentional community by connecting, educating, encouraging and inspiring others."

We caught up with 4x5 Photo Fest's organizers, looking to discern what, depending on your level of involvement in photography, you can expect from this year's event.

Experienced/Professional Photographers
For the experienced photogs among us, Gowen noted that the fest's "artist talks are free to attend and feature big name talent." But, she was also quick to add that the fest encourages those involved to "forget about the labels and just look at great work."

Huskin, for his part, said that "the professional photographer has a lot to gain from networking with peers and listening to our great artist talks that will happen throughout the day." He also mused that "getting out of your studio for the day to go out and celebrate photography is a good refresh."

Ball sees the fest as an opportunity for experienced photographers to "learn the processes of other like-minded professionals of all different backgrounds," noting that "4x5 has the potential of inspiring those who want to break bad habits or see things differently."

Amateurs, Dabblers, and the Like
Ball stated that 4x5 Photo Fest is "designed to be accessible and enjoyable for all skill levels" and that "you get out what you put in." Continuing, he clarified: "Want to make great contacts with creatives in the community? Start chatting folks up. Want to learn the technical process of a photographer? Take down notes during one of our artist talks and ask follow ups questions after the talk."

All three fest founders noted the importance of generating a sense of community not only around the event, but among local artists and art lovers in general. Ultimately, as Huskin explained, attendees "can expect to leave inspired to go out and make photos."

Artists in Other Media and General Arts Appreciators
For art lovers in general, Huskin noted that this is a great opportunity to "collect prints during our print swap" and "check out the photographers showing work."

"Listening to other artists talk about their work can be inspiring and you can always learn new ways to approach art," he explained, "even if it's from a medium you don't normally practice."

Meanwhile, Ball stressed the fact that "photographs mean so many different things to different people ... For art lovers, being able to hear the background and story behind an image gives the viewer a unique inside look at what was going on both in front and behind the camera."

The opportunity to learn "from world class talent through our artist talks," Gowen said, will help foster both inspiration and education in our arts community.

For Gowen, Ball and Huskin, it is important that each year's fest offer a distinct experience, so that folks are excited to see what new avenues of exploration each incarnation may bring.

Highlights of this year's 4x5 Photo Fest will include, in addition to the photo swap and print fair, a Lomography DIY Workshop, The Candid Frame (a live podcast moderated by Ibarionex Perello), a Lumiere Tintype Pop-Up shop, the opportunity to check out cameras for use, and Artist Talks with Verónica G. Cárdenas, Brinson + Banks, Reg Campbell, and keynote speaker John Keatley.