5 Must See Films at the 2013 San Antonio Film Festival 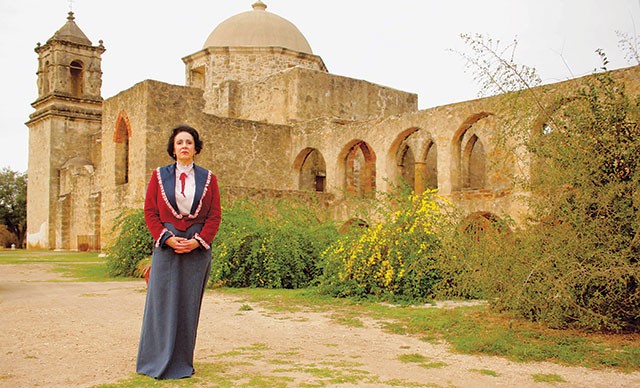 It’s a tough gig being a San Antonio filmmaker. Take Kevin and Robin Nations, for example. The filmmaking couple and their cast and crew let the sweltering Texas heat beat down on them last summer while they shot dog agility competition scenes for their family film Champion. Or how about director/writer Cedric Thomas Smith, who ran into tons of red tape as he scouted for locations to shoot his drama The Symphony of Silence. Smith was forced to find a new high school when the district he was working with dropped out four days before production. There are the funnymen behind the supernatural dramedy Blood Cousins, who had to fight off swarms of angry bees that inhabited the former crack house they rented for their project. Then, of course, there’s the whole money issue.

“We scrapped together a $5,000 budget for our movie from a live stand-up show and a few family donations,” said Jess Castro, local comedian in the sketch comedy troupe Comedia A Go-Go and co-director/co-writer of Blood Cousins, a movie that will screen at the 2013 San Antonio Film Festival.

“We knew we’d eventually complete the movie and were confident it would get the laughs and gasps we were aiming for.”

Including Blood Cousins, there are 23 films (five features and 18 shorts) made by San Antonio-based filmmakers screening at this year’s SAFF from June 17-23. Other films on the slate are coming from the usual film meccas like New York, Los Angeles, and Austin, and as far away as France, China, Australia, and New Zealand.

“The festival generates excitement and continues to encourage us to persevere and show everyone that San Antonio is a great place to make films,” said Robin Nations, whose film Champion received the first-ever San Antonio Local Filmmaker’s grant of $25,000 from the San Antonio Film Commission last year. “There is a wide pool of talented and experienced and motivated filmmakers [in San Antonio]. You don’t need to bring a crew from outside of the city to make your film.”

Here’s our take on five buzzy flicks directed by San Antonio-based filmmakers to be seen at this year’s fest.

TEXAS BEFORE THE ALAMO

This outdoor screening of a Bill Millet documentary about the founders of Texas will also include baroque music of Spanish Texas and a multimedia presentation. Learn about the true pioneers of the state’s history through this extensively researched film. Free admission. 7:15pm Mon, June 17, at HemisFair Park.

Comedia A Go-Go should stick to what they know and drop the supernatural elements of this road-trip indie. Still, the humor is infectious and scene-stealer Larry Garza is a riot. When the sarcasm, silliness, and genuine family moments are executed well, these local comedians trigger some hearty laughter. 9:15pm Thu, June 20, at Santikos Embassy 14.

Sweet, touching, and funny, this family film about a young city girl training a cattle dog for an agility competition would easily rival anything ABC Family currently broadcasts. It’s a real charmer with an irresistibly cute and peppy performance by actress Dora Madison Burge (TV’s Friday Night Lights). Directors Kevin and Robin Nations have a lot to be proud of. 12:30pm Sat, June 22, at Santikos Palladium.

With a similar concept to the second season of American Horror Story, directors Bryan Ortiz, Bryan Ramírez and Kerry Valderrama don’t make a lasting impression in the genre. The trilogy starts off intriguing, but strains to find the right sinister storytelling devices to make a real impact. 7pm Fri, June 21, at Santikos Palladium.

THE SYMPHONY OF SILENCE

As a call to arms, filmmaker Cedric Thomas Smith’s heart is in the right place. The film, about a gay teenager who is bullied by his brother and others, captures teenage cruelty well but the melodramatic script drowns out the more effective parts of the conventional narrative. Actor Anthony Guajardo gives a believable performance as the bully brother. 9:15pm Sat, June 22, at Santikos Embassy 14.