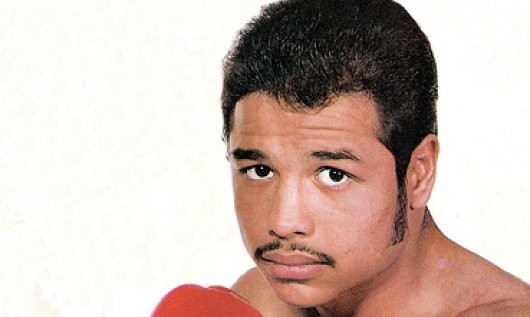 San Antonio boxer Tony Ayala, Jr. was found dead this morning on the floor of Zarzamora Street Gym, his family's training center on the West Side. In the late 1970s, the 5'7" light middleweight had a promising career lined up, winning the Golden Gloves title in 1979 and donning the cover of Sports Illustrated in 1981. Leading up to his title fight against Davey Moore in 1983, Ayala was 22-0 with 19 knockouts.

Unfortunately, Ayala had a streak of violence outside the ring, with repeat accounts of assault against women. On January 1, 1983, Ayala invaded the home of his New Jersey neighbor and sexually assaulted her. For the repeat offense, Ayala was sentenced to 35 years in prison. After his release in 1999, Ayala would return to prison several times before getting out in 2014.

Below are five of the finer moments of the conflicted San Antonio native, a boxer that Muhammad Ali's trainer Angelo Dundee called "a magnificent prospect."


On August 1, 1982, Ayala tore apart middleweight Robbie Epps until the referee called the fight. In front of a crowd of 12,00 at Freeman Coliseum, Ayala stayed low against his 6'2" opponent for the 21st win of his career. Even after the umpire called the bout, Ayala kept trying to pound Epps, showing the hot head that would doom his career.


In May of 1982, announced by the great Marv Albert, Ayala punished Steve Gregory (with a veteran's wisdom, Gregory retired two fights after this loss). After a first round waiting around, Ayala throws his first cheap shot, one that seems to startle himself into fury. By the second round, Ayala is landing everything, including another warning for a late blow. By round three, Gregory can't hang with Ayala's dominant left and takes a gnarly combo with him to the ground.


In this bout at the HemisFair Arena in San Antonio, an 18-year-old Ayala carves into Mexican native Jose Luis Baltazar. With great mercy, Baltazar's team calls the fight for their legless, mouthpiece-less boxer in the second round.


Let's move over to Vegas for this blink of a fight. In 1981, an 18-year-old Ayala put down former middleweight champion Jose Baquedano in 55 seconds, calling game with a series of devastating left hooks.


This fight is pretty sweet because it shows Ayala winning the Golden Gloves award in 1979. It's less sweet because someone overdubbed Eminem's "Till I Collapse" on loop until Ayala wins over Lamont Kirkland.