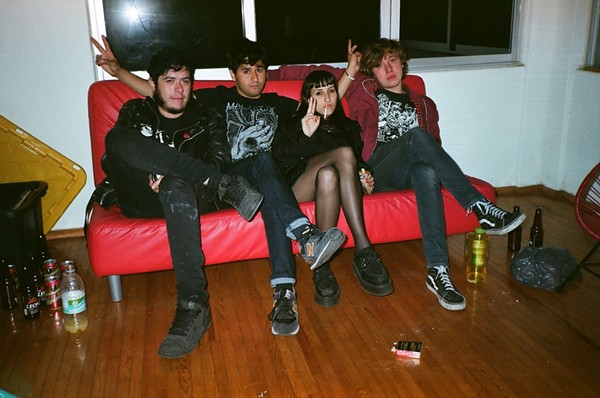 The United States is far and away the world’s greatest exporter of garage rock (granted, with 250 million American passenger vehicles in operation, we've got a lot of garages to work with). But down in Jalisco, Baby Nelson and the Philistines look to challenge their northern neighbors’ hold on the genre. On the 2014 EP Nuevo Cáncer, the Guadalajara trio hits the stuff with unchecked aggression and a devil-may-care attitude—the band is named after singer Alonso Mangosta’s dog and they list Don King as their manager. Through four tracks swathed in reverb and dragged through the dirt, it’s almost impossible to parse out the language in which Esquinca traffics. Then again, it hardly matters. With fat, comically distorted bass lines and breakneck guitar, it’s hard to hear anything more than a real cool time. With Hanta, Se Tu Propios Dios, Disposable, Haunter. $5, 9pm, Nesta, 122 Nogalitos, (210) 354-3399 —Matt Stieb