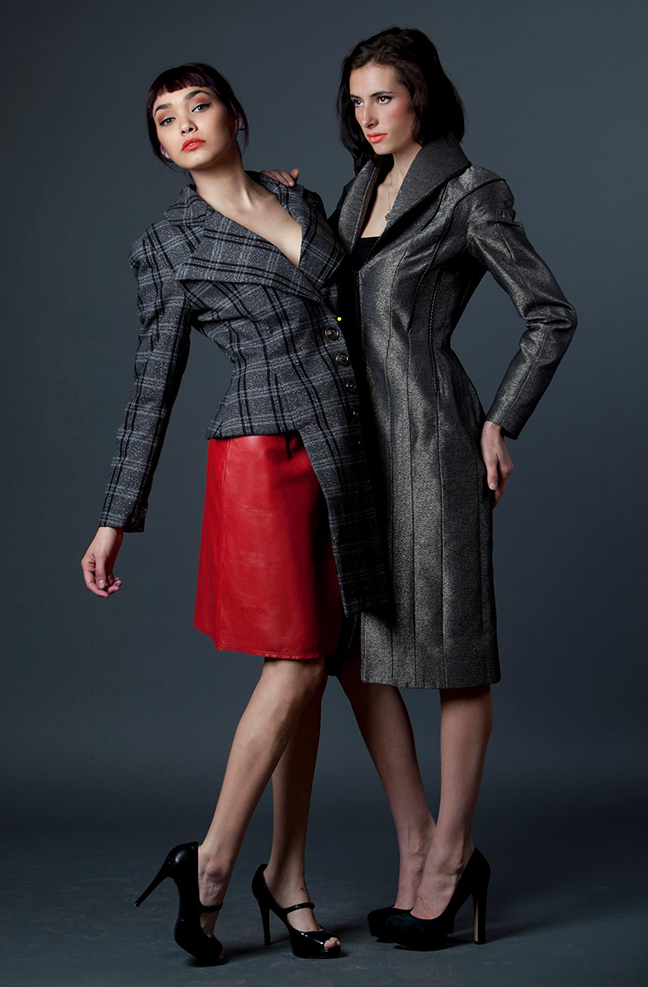 Save for Fashion Week San Antonio and Una Noche en la Gloria’s eccentric Runway en la Calle (which moves this year to coincide with Diez y Seis de Septiembre celebrations), solid fashion shows are pretty scarce in these parts, which makes the official Fiesta event The Cutting Edge all the more enticing. Launched in 1980 and presented by University of the Incarnate Word Fashion Management students, the runway show represents a year of work—including sketching, pattern-making, fittings and critiques. Students handle every aspect of show production, from the booking of models to the lighting design. Highlighting six outfits from each young designer’s collection, The Cutting Edge firstly functions as a showcase of emerging talent but also offers an optional luncheon ($75), a silent auction and a raffle for vacation packages ($50). $25, silent auction at 10:30am, fashion show at 11:30am Wednesday, Marriott Rivercenter, 101 Bowie, (210) 829-6013, cuttingedge-sa.com. ?—Bryan Rindfuss 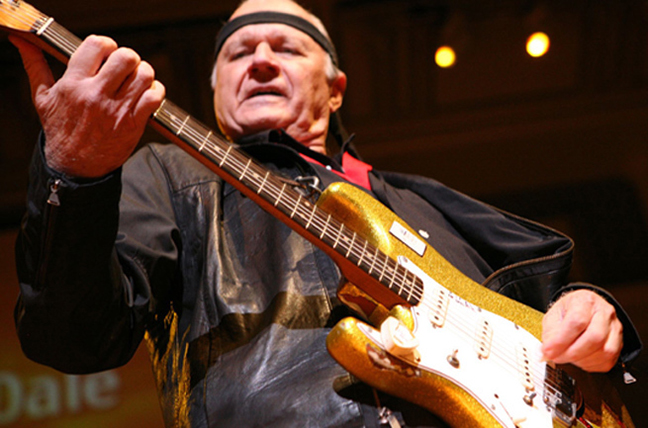 Screw that cowardly Game of Thrones crap, “King of the Surf Guitar” Dick Dale crowned himself the honest way: He straight-up invented that shit. Incorporating Middle Eastern scales into R&B and playing his flipped-over, reverse-stringed guitar with inhuman speed, Dale recreated the soundtrack he heard riding the waves, first with 1961’s “Let’s Go Tripping” (so early in rock ‘n’ roll history nobody thought to freak out over the title) and most famously with “Miserlou,” the song so entwined in Pulp Fiction’s DNA Tarantino should’ve given him a co-writing credit. In the Age of Heroes (before modern medicine), His Highness would’ve long since passed into legend, but fortunately the 76-year-old has bested cancer twice so he may continue brandishing his battle ax. Loyal local followers King Pelican—whose latest offering The Good, the Bad and the Reverb is well worth a listen—will test the waters first. $25-$50, 8:30pm Wednesday, Sam’s Burger Joint, 330 E Grayson, (210) 223-2830, samsburgerjoint.frontgatetickets.com. —Jeremy Martin 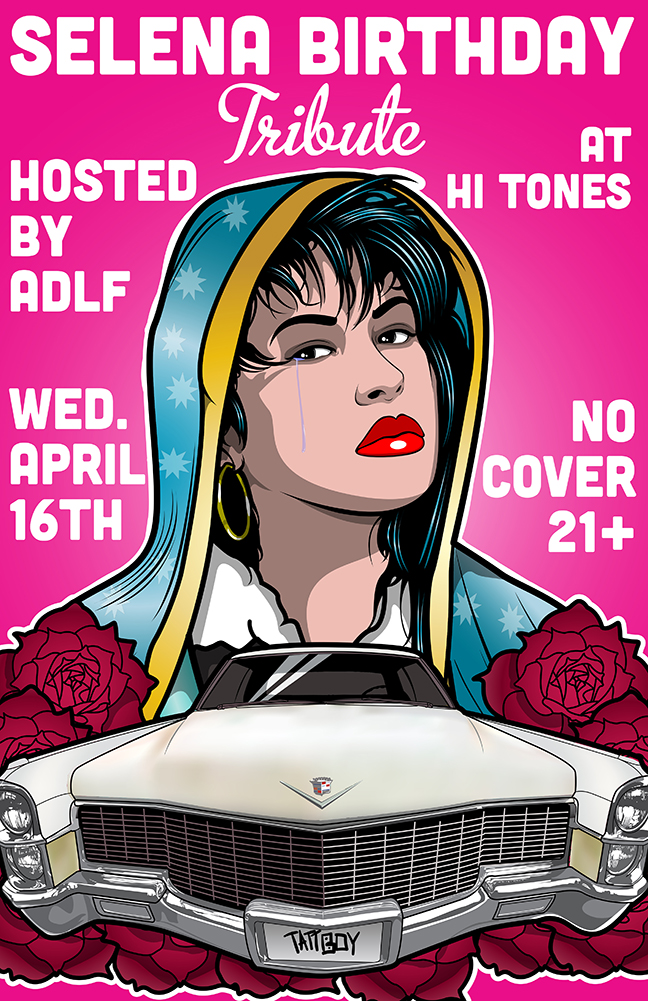 At the time of her death in 1995, 23-year-old Grammy-winner Selena Quintanilla-Pérez was at the peak of her success. She had become the first female artist to achieve gold status with a Tejano album, her song “Fotos y Recuerdos” was No. 4 on Billboard’s Latin chart and she was poised to impress the English-speaking world with the crossover album Dreaming of You. In the media blitz surrounding her murder, The New York Times wrote, “With her pouting smile, suggestive clothing and theatrical command of a microphone, Selena was often described as the Madonna of the Mexican-American world and was an idol and heartthrob on both sides of the border.” Two weeks later, George W. Bush, then governor of Texas, declared her birthday (April 16) “Selena Day.” Rising to the bittersweet occasion of what would’ve been her 43rd birthday, Hi-Tones turns its weekly Bring Your Own Vinyl series into a tribute to the undisputed Queen of Tejano. Beyond the records fans bring to play, DJ Adlf will fill in the gaps of an inspiring career that started with Selena y Los Dinos—a relentlessly touring family band whose first recording was a Spanish-language version of Rick James’ funk classic “Super Freak.” Free, 10pm-2am Wednesday, Hi-Tones, 621 E Dewey, (210) 573-6220, facebook.com. —BR 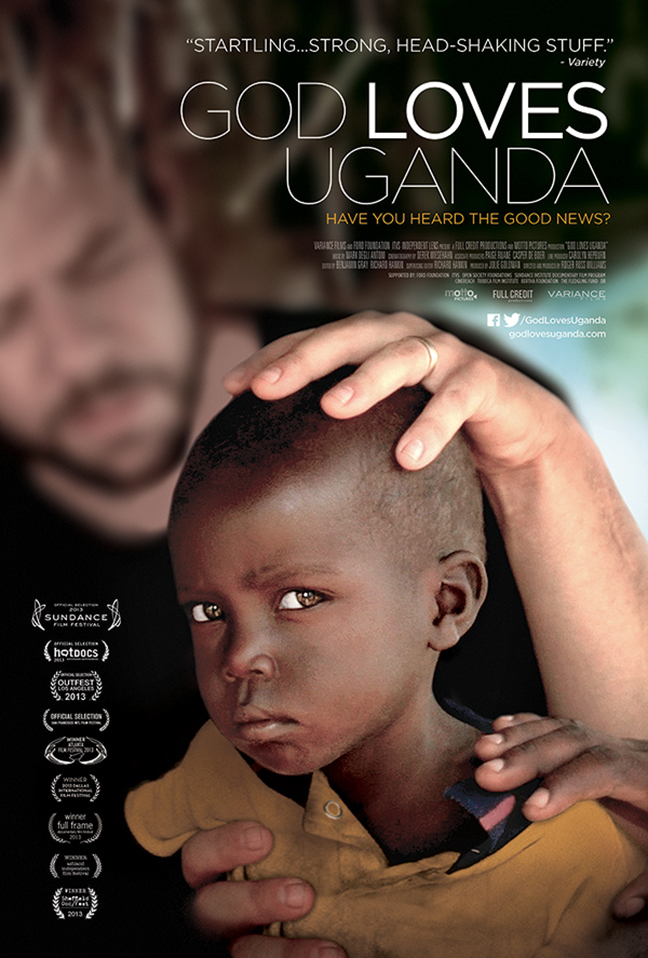 The San Antonio Human Rights Campaign hosts this special screening of God Loves Uganda, a feature-length documentary exploring the role of the American evangelical campaign in Uganda, where an anti-homosexuality act (previously dubbed the "Kill the Gays" bill by the media due to its originally proposed death-penalty clauses) was passed in 2013 and signed into law in February of this year. Directed by Roger Ross Williams, the award-winning film follows evangelical leaders, politicians and missionaries in America and Uganda as they attempt to eliminate “sexual sin” and convert Ugandans to fundamentalist Christianity. Since its debut at the 2013 Sundance Film Festival, God Loves Uganda has earned numerous awards along with loaded reviews—including ones from the Huffington Post (who described it as "the most terrifying film of the year") and Christianity Today (who critiqued it for perceived "evangelophobia"). $10-$20 (includes popcorn, a goodie bag and a one-year HRC membership), 7pm Wednesday, Alamo Drafthouse Park North, 618 NW Loop 410,  (210) 677-8500, action.hrc.org. —BR