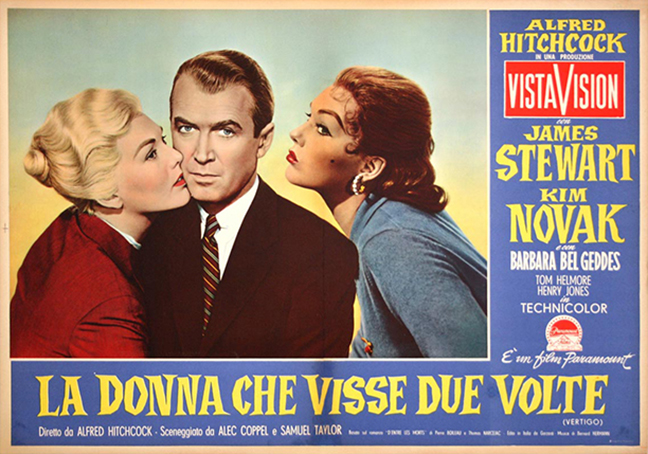 In Italy, Vertigo was marketed as La Donna Che Visse Due Volte (The Woman Who Lived Twice)

Initially dismissed as “farfetched nonsense” (The New Yorker) and “another Hitchcock-and-bull story” (Time magazine), Vertigo is now counted among the greatest films of all time. Set in San Francisco, the 1958 psychological thriller stars James Stewart as an acrophobic ex-detective who becomes obsessed with a mysterious blonde (Kim Novak) after rescuing her from the waters below the Golden Gate Bridge. Texas Public Radio screens the classic as part of its Cinema Tuesdays series. $10-$15, 7:30pm Tuesday, Santikos Bijou, 4522 Fredericksburg, (210) 614-8977, tpr.org.

Brent Watkins and the Big Band 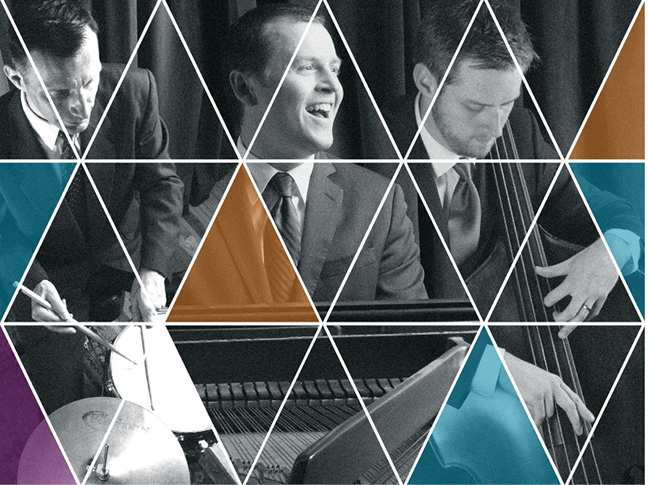 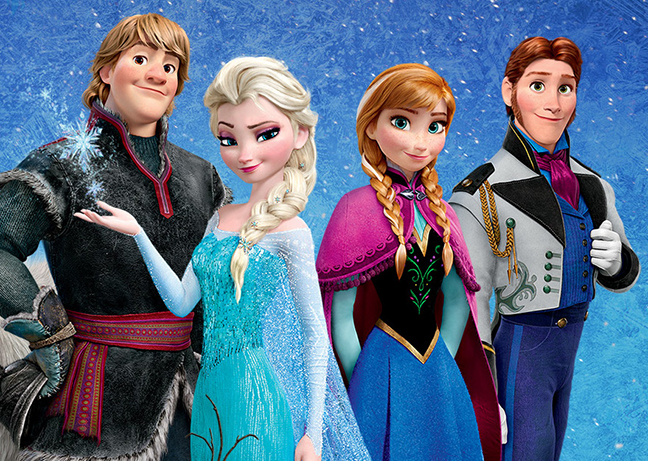 Slab Cinema's kid-friendly Movies by Moonlight series broke in its new Travis Park digs last Tuesday and continues this week with a sing-along screening of Frozen, which won Academy Awards for Best Animated Feature and Best Original Song (for "Let It Go," performed by Idina Menzel) and topped the list of highest-grossing films of 2013. Built around Hans Christian Andersen's frigid fairytale The Snow Queen, the Disney blockbuster follows a fearless princess who embarks on an epic journey (with a mountain man, a reindeer and a snowman in tow) to find her estranged sister, whose cryokinetic powers have inadvertently trapped the kingdom in eternal winter. Free (picnics, lawn chairs and blankets welcome), pre-show entertainment at 7:30pm, film at 8:45pm, Travis Park, 301 E Travis, (210) 207-3677, slabcinema.com. 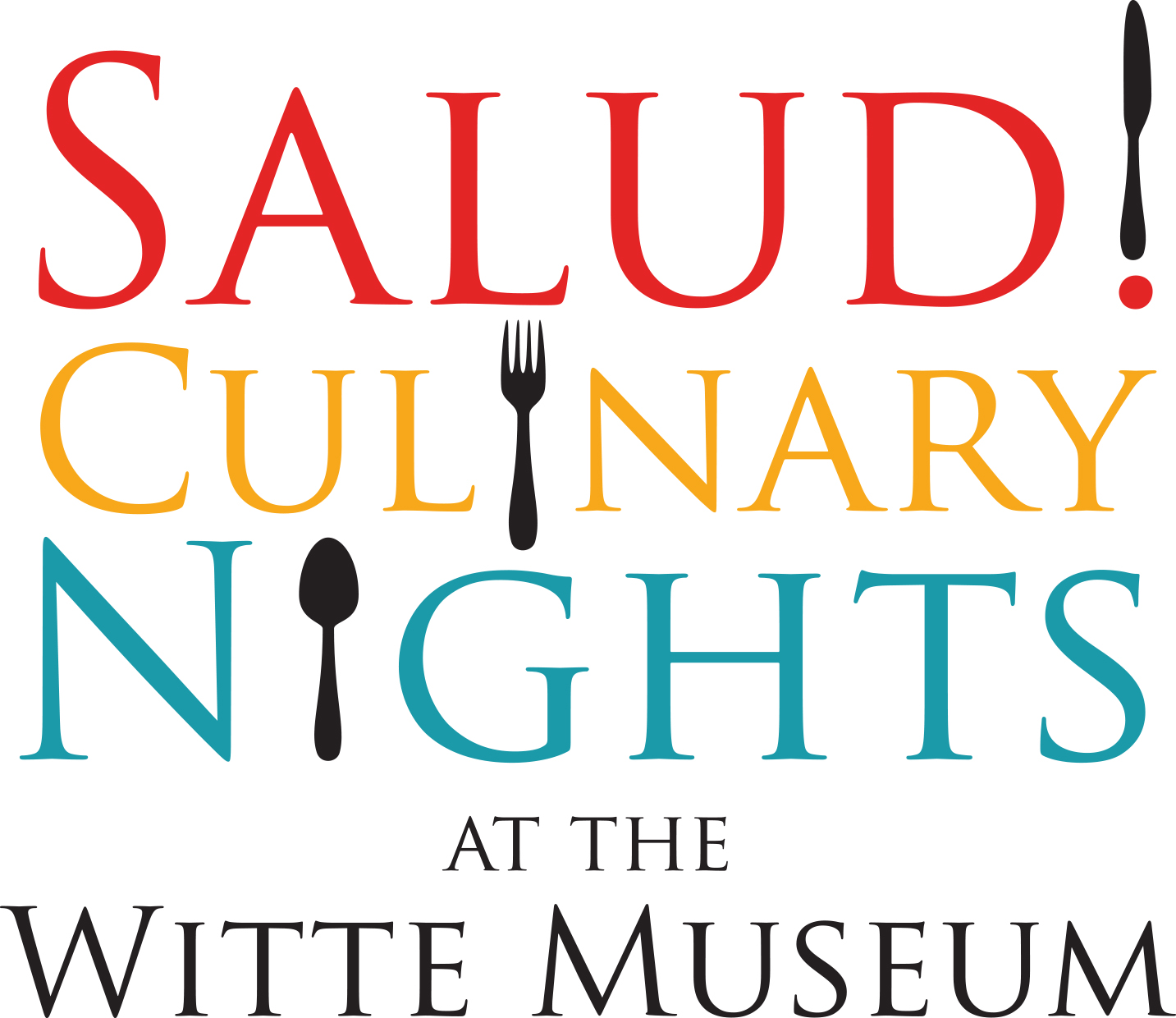 One of a trio of interactive culinary events to be held in conjunction with the Witte's new H-E-B Body Adventure, “Farm to Table Flavors” offers food fans an opportunity to learn about the farm-to-table movement while watching chefs Stephen Paprocki (NuStar Energy), Chris Cook (Farm2Fork Catering Company) and Jeff White (Boiler House) whip up savory bites. Each chef will be paired with a farmer (either Mitch Hagney of Local Sprouts, Pedro Schambon Jr. of My Fathers Farm or Doug Havemann of Mesquite Field Farms) to create a small dish for each guest. To sweeten he deal, Becker Vineyards will be on hand with wine pairings. Salud! Culinary Nights continue on July 9 (“Local Bites and Brews”) and August 13 (“Fresh Cool Flavors to Beat the Heat”). $45-$50 (includes a souvenir wine glass), 6:30-8:30pm, Witte Museum, 3801 Broadway, (210) 357-1910, wittemuseum.org. 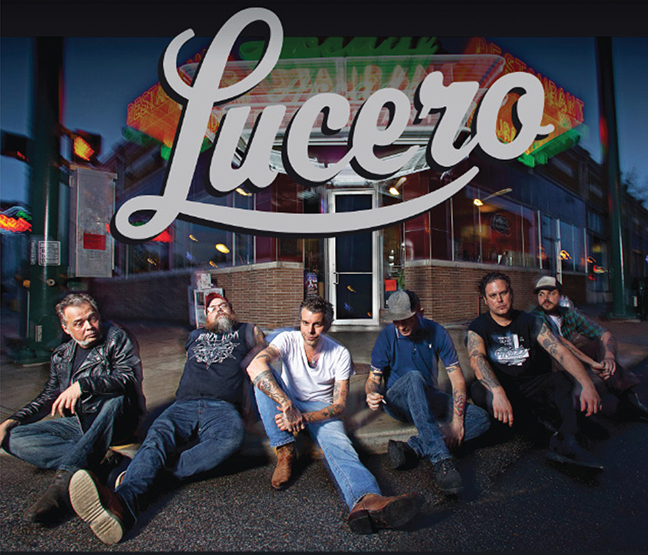 If Kurt Cobain lived past '94 and sea-changed over to alt-country, he’d sound almost identical to Lucero singer Ben Nichols. Active since '98, the Memphis-based quintet have an impressive 10 albums under their belts and an appearance on the soundtrack to the 2012 Matthew McConaughey vehicle Mud. $20, 8:30pm Wednesday, Sam’s Burger Joint, 330 E Grayson, (210) 223-2830, samsburgerjoint.frontgatetickets.com.