Amahl is a holiday event for the entire family with uplifting themes of hope, love, faith and forgiveness. This tales brings the meaning of the holiday season home for all. The opera features and accomplished cast, sets, costumes, chorus and a live orchestra conducted by STLO General Director, Dr. Mazias de Oliveira, who has produced Amahl more than 100 times. $20-$30, 7:30 pm Monday, Tobin Center for the Performing Arts, 115 Auditorium Circle, (210) 223-8624, tobincenter.org.

Grand Hyatt San Antonio opens its doors for this year’s Story Time with Santa Paws, a family-favorite holiday tradition featuring everyone’s favorite man in red, Santa Paws. As a fan of all furry friends, Santa Paws has arranged for the San Antonio Humane Society to bring their finest adoptable puppies to story time and welcomes you to bring your own four-legged family members to enjoy the fun. Free, 11am Tuesday, Grand Hyatt San Antonio, 600 E Market, (210) 224-1234. 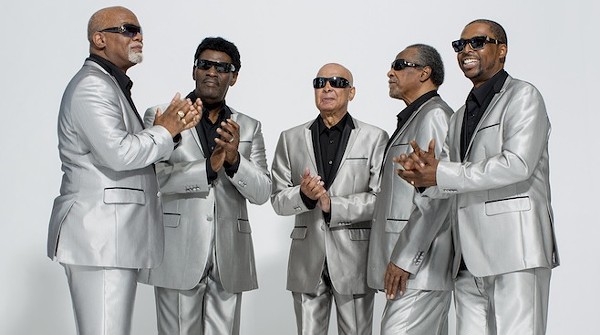 Millennials are forgiven for thinking the Blind Boys of Alabama are the newest Black Keys knockoff, but the Boys, whose name was even more literal 60 years ago when they began, are the product of a more sincere time. Likewise, Talkin’ Christmas is nothing but, and there’s not a reindeer in sight. But rather than dour put-the-Christ-back-in-Christmas prosthelytism, it’s pure joy to the world. Mavis Staples, whose voice has only gotten stronger since she stole “The Weight” from The Band in The Last Waltz, will help the Boys put the soul back in the holiday spirit. $29-$110, 7:30pm Tuesday, Tobin Center for the Performing Arts, Tobin Center for the Performing Arts, 115 Auditorium Circle, (210) 223-8624, tobincenter.org.