Following a wistful mermaid with big dreams of sea legs, The Little Mermaid makes its San Antonio debut in a weeklong engagement. With a vibrant cast of both swimming and land-lubbing characters, the musical illustrates just how far a girl will go to get what she wants most. In its translation from the Disney screen to the stage, several characters got the ax — including Eric’s beloved sheepdog Max and Ursula the sea witch’s bodacious alter ego Vanessa. Theatre Under the Stars’ production comes straight from Houston, where it was recently remounted following rave reviews in 2014. $30-$125, 7:30pm, Tue./Wed., The Majestic Theater, 226 N St. Mary's, (210) 226-5700, majesticempire.com

Matt Hollywood (born June 11, 1973) is an American indie rock guitarist and singer currently lead singer of new band Matt Hollywood and the Bad Feelings. Born in Syracuse, New York in 1973, he grew up in and around Ventura, California, and now resides in Atlanta, Georgia. He was a founding member of the psychedelic rock band The Brian Jonestown Massacre, as well as a founding member and leader of the Portland­based indie rock band, The Out Crowd. Following The Out Crowd and during his almost decade ­long hiatus from the Brian Jonestown Massacre, Hollywood fronted the Portland based drone rock band, the Rebel Drones ­­ an all star project featuring Hollywood, Jason Anchodo of the Warlocks, and Peter Holmstrom of the Dandy Warhols. Matt Hollywood and the Bad Feelings currently consists of Hollywood (vocals/rhythm guitar),Dandy Lee Strickland of Reverends (rhythm guitar), Taylor Wynn (lead guitar), Daniel Strickland, also of Reverends (bass), Corey Pallon, formerly of Order of the Owl (drums), and Asha Lakra (vocals/tambourine). The Bad Feelings is both a continuation and rebirth of Hollywood’s musical fervor, an ambitious foray into something new and strange with new friends. With definite nods to his former musical aspirations interspersed throughout the project, Hollywood hopes to delve further into this collective musical psyche to produce something beautiful, honest and relevant. $8, 9pm, Wed., Paper Tiger, 2410 N St. Mary's, papertigersa.com 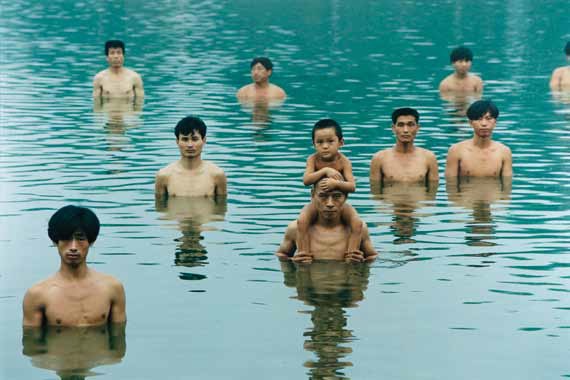 It’s trivia time with Geeks Who Drink. This evening of challenging trivia will cover a wide range of topics and include a round inspired by 28 Chinese, the San Antonio Museum of Art exhibition of 28 Chinese contemporary artists. Bring a team of your smartest friends (six people) or join one for some friendly competition. Cash bar. Supper available for purchase during registration. $10-$15, 6:30pm, Tue., San Antonio Museum of Art, 200 W Jones, (210) 978-8100, samuseum.org

Downtown Tuesday partners Juniper Tar and Tacos and Tequila are hosting a cocktail class at the Juniper Tar. Cocktail experts will be on hand to serve guests two custom cocktails, followed by a lesson on how to make them, with each guest getting the chance to make their own. Tacos and Tequila will have appetizers on hand, including their famous tortilla and sweet potato chips, a variety of salsas, and more. All proceeds go to benefit the United Way of San Antonio and Bexar County. $30, 6pm, Tue., Juniper Tar, 244 W Houston, (210) 229-1833, downtowntuesday.com