5 Trending Ingredients for Your Pantry

I don't know who makes these decisions, but cardamom is frequently called the "queen of spices." OK, fine, its use in cuisines as disparate as Indian and Scandinavian at the very least gives it claims to some diplomatic creds. The question is, however, which cardamom? There are three colors: green, black and white. Let's make things easier by ruling out white. It's merely a bleached version of the green and no less an authority than Cook's Illustrated has deemed it a "significant disappointment."

If we're being sticklers for royal lineage, black has to be ruled out, too, as it's a distant relative not in line for the throne. It does, nevertheless, have its partisans and its uses. One pundit calls it "the bacon of spices," and everybody knows that everything's better with bacon in it—especially long-cooked stews and curries utilizing a lot of dried chiles and lime juice. Ground black cardamom is a component in many garam masala spice blends. It can add kick to lentil dishes and tossed into a pot of cooking rice in its whole-pod form, it adds a welcome depth. On a more local note, it's said to be good as part of a dry rub for brisket.

Green cardamom works with all the above as well—just more subtly. It's an essential component of masala chai, the ubiquitous Indian drink of tea, milk and spices. With or without milk, it's equally good brewed into coffee, especially if using a French press; just use one cracked pod per cup and add a tiny pinch of salt. With either tea or coffee, it couldn't hurt to bring a cardamom-spiced pastry to the party. There are numerous, mostly Scandinavian, recipes online; one with figs and puff pastry caught our eye, but a simple sugar cookie with cardamom, cinnamon and a touch of lemon zest would be equally queenly.

As for the king of spices, you guessed it: black pepper. 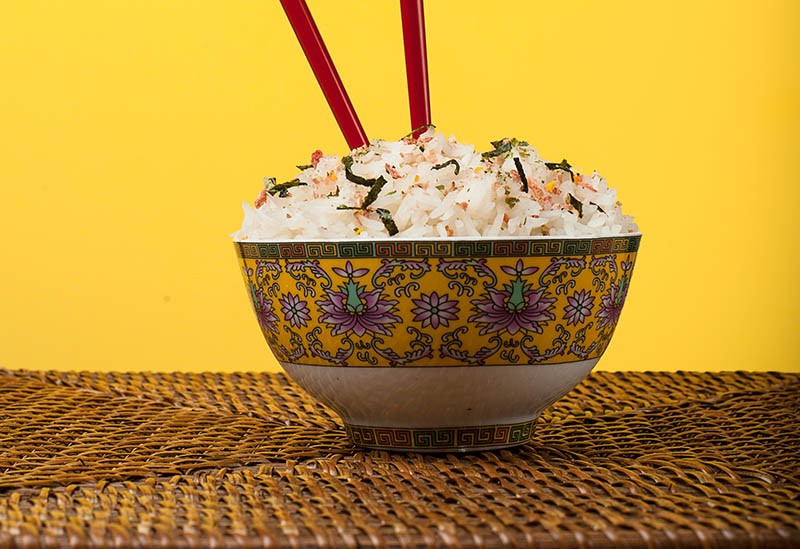 The Asian flavors continue on this tasty tour—this time we're talking about the dry seasoning making its way onto menus around town. Available in several iterations, including tuna, salmon, shrimp and other fishy remakes, furikake combines toasted sesame seeds and itty-bitty nori (dried seaweed) flakes, along with a hint of sugar and the controversial (but chef favorite) monosodium glutamate (we're talking MSG, kids).

Traditionally employed as a seasoning for steamed rice, the uses for flaky furikake abound. Scramble up some eggs and top them with your furikake seasoning of choice; toss it on veggies or heck, even a steak. The possibilities are as endless as the sesame seeds that you'll inevitably find in your teeth later that day.

Locally, you can pick up a shaker or seven for around $2 at most Asian markets. Or order the egg salad tartine at Bakery Lorraine, which turns boring egg salad on its head by adding pickled carrots and furikake. Enjoy it at The Monterey, as chef John Philpot and co. whip it into butter to serve with radishes and bagel chips for a fun starter.

We head to Korea for your next favorite chile paste. Championed by chef Edward Lee, a former contestant on Top Chef, Gochujang Korean Chili Sauce is a vegan, gluten-free fermented batch made with red peppers, rice flour and sea salt. Available now at Central Market stores throughout Texas, the paste is savory and spicy and has just the teensiest bit of sweetness.

It's gaining traction around certain chef-y circles and hot eateries, including Austin's East Side King (a certain little eatery owned by Esquire magazine's Chef of the Year and Top Chef: Texas winner Paul Qui), Houston's Underbelly and Brennan's of Houston, and Dallas' Chino Chinatown (where it's served in ramen with barbacoa topped with Gochujang marrow butter).

You can find chef Jason Dady using the sauce at two of his eateries around town. Gochujang adds extra smokiness to his brisket rub at B&D Ice House. The brisket made a cameo during Umai Mi's ramen week where Dady also added heat to a classic dessert by drizzling sweet and spicy Gochujang syrup over a Nutella flourless torte.

The shiny, two-lobed lime leaf formerly known as kaffir is a tough little bugger; in most dishes, notably ones from Thailand and Indonesia, it's either removed before serving or left to the diner to extract. But its toughness didn't save it from a name change. Turns out, and this is apparently not new news, that kaffir is a derogatory term in parts of Africa and the Muslim world: "The k-word is equivalent to the n-word" in some countries, noted one correspondent. Fortunately, there need be no hysteria over citrus hystrix; there's another, albeit less well-known, name at the ready: Makrut lime. Though it will take some time for the non-PCC (politically and culinarily correct) term to complete its fall from grace, we might as well get used to using makrut.

We should get used to it for practical reasons as well. Makrut leaves (the zest of the actual lime is occasionally used as well, but the juice is deemed too acidic by most cooks) are marvelously fragrant, they are indispensable in Thai fish cakes, in soups such as tom yum and in curries such as the popular Panang ... and they are unexpectedly good muddled at the bottom of a glass in which you plan to make a gin and tonic. Don't wait until summer.

You may have to wait for FedEx, however. The leaves by whatever name are difficult to find locally (try Mr. Tim's on Bandera), so you will likely have to either find an actual tree (my twig of a plant is looking very poorly at the moment, alas) or order the fresh leaves online. Fortunately, they freeze well. Once in hand, here's another trick to try: Put five or six in a quart jar and pour a bottle of decent-ish gin over them. Cap and put in a dark place for a week or until the gin turns a light green and smells of a bruised leaf. Add tonic. 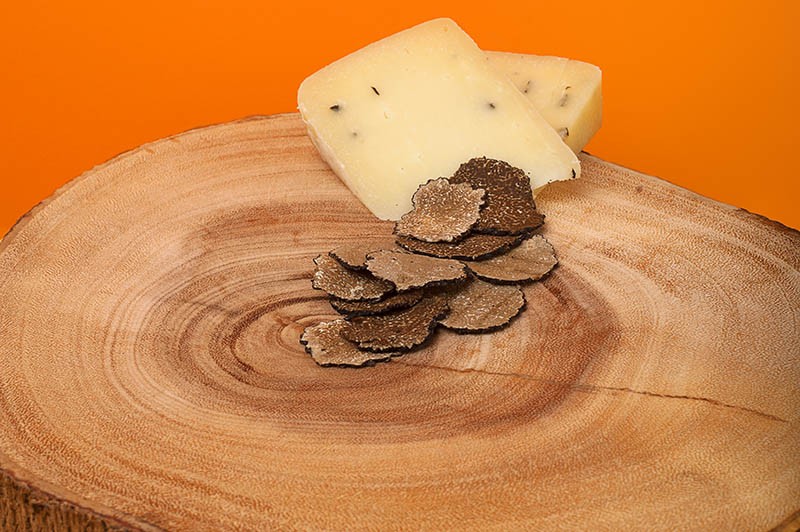 Gone are the days of menus inundated with truffle oil. Make way for the truffle flake.

Chefs like self-proclaimed "truffle master" Robbie Nowlin are budgeting cleverly throughout the year to splurge on the luxurious, and deceivingly tasty fungi known simply as truffles. Most commonly available in the white and black varieties, these rock-like nuggets have turned into a pièce de résistance at area eateries where the shavings or peelings top fresh-made pastas and creamy sauces such as those found at Citrus, Feast and even Barbaro, where the fanciful flakes have found their way onto a white truffle carbonara pizza that clocks in at 47 buckaroos.

If you're in the market to play around with truffles at home, Gaucho Gourmet is likely your best bet at finding the fungi at accommodating price points. The warehouse serves as supplier for several eateries, including Biga on the Banks, Goro's Sushi, Godai Sushi Bar & Japanese Restaurant and Vaudeville in Fredericksburg.

And if you'd rather ease down the pungent road of truffles (instead of making it rain flakes over all your pasta dishes), Gaucho Gourmet carries a Cacio di Bosco al Tartufo, a hard pecorino cheese dotted with black truffle flakes.