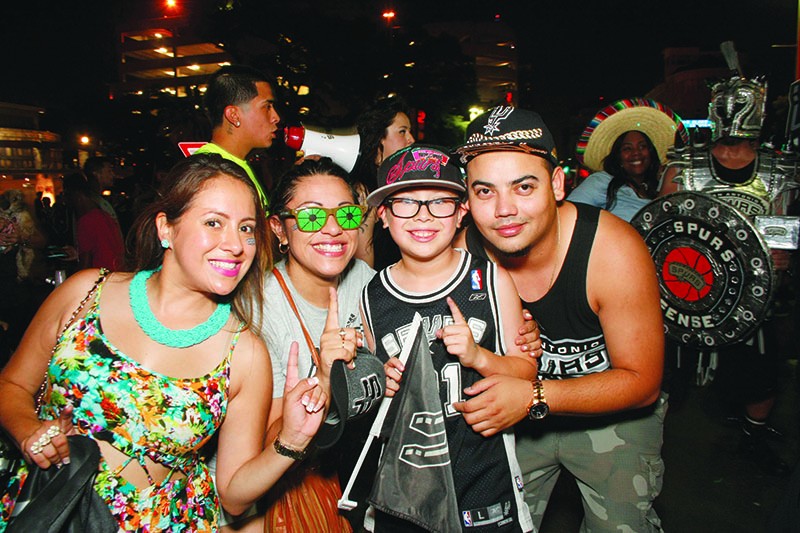 A playoff bid and 16 postseason wins stand between the Spurs and the NBA championship every year. But on the joyous occasions when the Spurs beat the odds and pull in a ring, San Antonio feels at its most alive and most like a unified city. At the epicenter is the downtown celebration — an impromptu block party for the Silver and Black kept in check by the boys in blue. To set yourself up for a downtown jaunt, watch all potential championship games at a bar in the area. The Esquire Tavern (155 E. Commerce St.), Ernie's Bar (320 Bonham St.) or Drink Texas (200 Navarro St.) are tucked in the heart of the city, though prepare to stay through the celebration's end, 'cause your car isn't moving till thousands of revelers in the street decide they're done for the night.

A better option lies in Southtown, where street parking is ample and icehouses blow up air-inflated screens to project the games for overflowing audiences. The Friendly Spot (943 S. Alamo St.) and Alamo Street Eat Bar (609 S. Alamo St.) provide these moonbounce-like monitors, taking advantage of the warm June evenings. But if you're looking for a celebratory shot, you'll have to look elsewhere, for these serve just beer and wine. Rosario's (910 S Alamo St.), Southtown 101 (101 Pereida St.) and Bar America (723 S. Alamo St.) all stock a full bar, if you'd like a liquor kickoff to the evening. From there, take a stroll up South Alamo and into downtown proper. The police will route traffic elsewhere, so you can strut in the street just like the tourist-carrying horses do.

If you've brought any celebratory items — a plastic vuvezela from 2010, cascarones, a blown-up cut-out of LeBron James crying — now is the time to whip them out. Remember, the Spurs are now holding the Larry O'Brien trophy once again. Being in your city when the NBA team wins the finals is a strange and beautiful hybrid of a party and a well-mannered riot. Climb on stuff, hug strangers, kiss your date and above all, respect personal boundaries. Prepare relevant chants and save your best high-fives for those rocking vintage Spurs gear. Make your way to La Antorcha de la Amistad and howl with city pride, for the Spurs have another ring and hopefully it's a weekend. After you've had enough, return to your car tucked on a side street like a smart SA native and take the back roads home.