7 Maps To Remind You That Texas Is Enormous

The fact that Texas is enormous is something we're constantly reminded of, yet seem to take for granted. But it's sometimes difficult to wrap your mind around just how massive the Lone Star State is.

To remind you, we played with The True Size map, which lets you compare the actual size of states and countries. Although traditional map projections sometimes skew the size of landmasses, The True Size fixes that. The map comes from developers James Talmage and Damon Maneice.

The following maps lay Texas' actual size and shape over other areas:

Texas is approximately 10 percent bigger than France. Let that be a feather in the cap for all of us.

Alaska has us beat by a wide margin. Then again, coming in second to Alaska is nothing to be ashamed of, given that it's bigger than Texas, California and Montana combined.

Texas is large enough to encompass most of The Rust Belt. Take a look here — it would take you less time to drive from Lexington, Kentucky to Green Bay, Wisconsin than it would to get from Brownsville to Abilene. I don't know why you'd want to do either of those things, but now you have a better frame of reference for them. 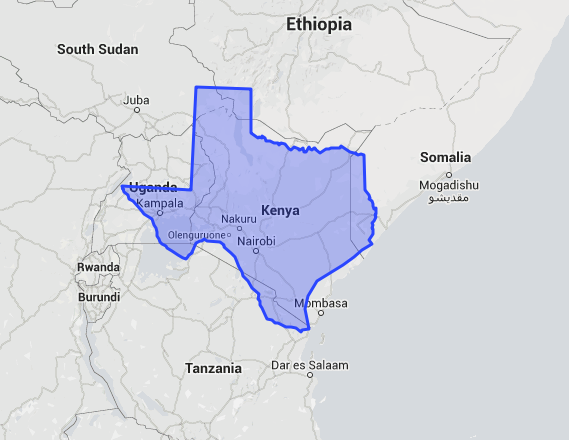 Africa is massive, but Texas would be right at home. It's significantly larger than Kenya.

Texas covers up quite a bit of the Four Corners states. Notice that El Paso to Salt Lake City is an intra-Texas distance. 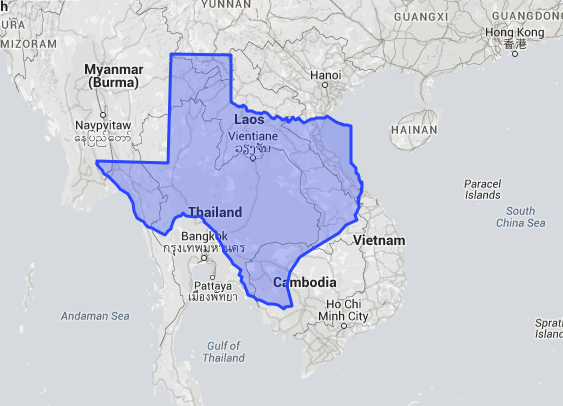 Texas covers up much of Southeast Asia. It's a little larger than Myanmar, formerly known as Burma.