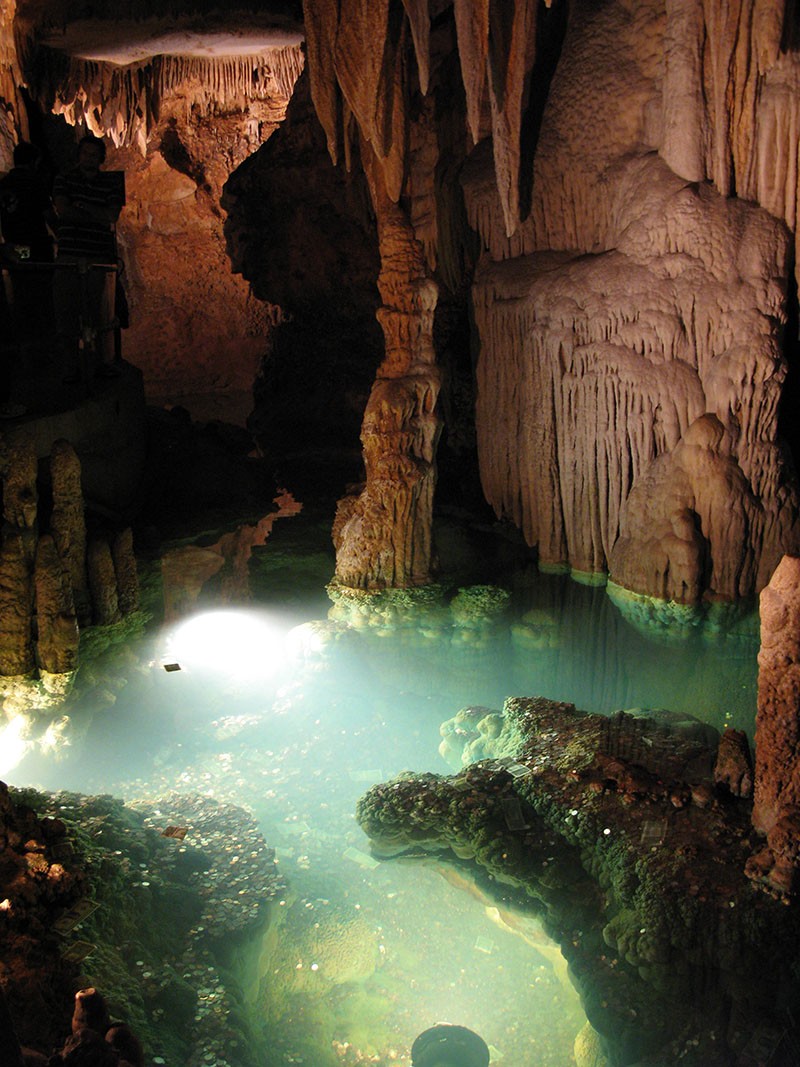 In San Antonio, you get used to the drone of traffic, the roar of trains and the buzz of a million cellphones. Let's face it: Large cities are noisy. Sometimes you just have to get underground and away from all the hustle and bustle of Alamo City life. And when we say underground, we mean it.

This place is cool, literally. The Natural Bridge Caverns are 70 degrees year round, but be warned, the cave's relative humidity is 99 percent. Four students from St. Mary's University discovered the cave in 1960, and its famous name comes from a huge slab of limestone that stretches across the amphitheater-like entrance to the caves. In 1962, when excavators were exploring the opening of Natural Bridge Caverns, they found arrowheads and spearheads from 5,000 B.C. and jawbones from a grizzly bear that went extinct 8,000 years ago, according to the Texas State Historical Association's Handbook of Texas. To testify to the longevity of Natural Bridge Caverns, the cave is active and still growing.

"Because of constant drips and flowing water, the formations retain a luster that can be seen in a few caverns. Under these growth conditions the formations appear to be made of wax, yet are as hard as limestone," the Handbook of Texas states. "The types of formation change from room to room."

The attraction offers a variety of tours and the adjacent Natural Bridge Wildlife Ranch is home to zebras, bison, gibbons and giraffes. The caverns are also next to another famous cave, the Bracken Bat Cave, which is off-limits to the public because some 20 million Mexican free-tail bats live there — the largest colony in the world. You can, however, through a program at Natural Bridge Caverns, watch the bats take flight during summer months.

Another option for potential spelunkers is Cascade Caverns in Boerne (226 Cascade Caverns Rd.), which offers hour-long tours highlighting unique rock formations, as well as nature trails and a campground.