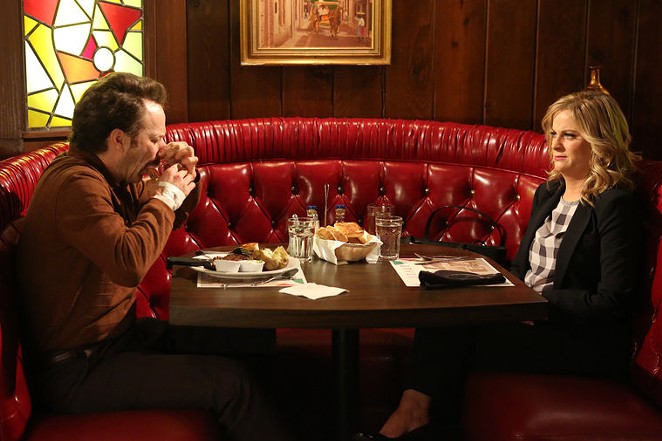 Grab the tissue box, friends. NBC's is airing Parks & Recreation the final episodes starting Tuesday, January 13. If you're anything like us, you're a bit obsessed with the amazing show that's made its way into our hearts. To celebrate (and mourn) the end of one of our favorite shows, which launches into its last season tomorrow at 7 p.m., we've rounded up a list of recipes.

1. Waffles, and other breakfast foods (duh)


This one's kind of obvious. Try firing up the waffle iron with this recipe.


Even if you feel the same about calzones, the Ben in your life probably loves them (because he's a weirdo). Try making these calzones at home.


Ron's diet might not be the most colorful, but he knows what's up when it comes to meats. Try your hand at this BACON EXPLOSION (and make sure to invite friends over).