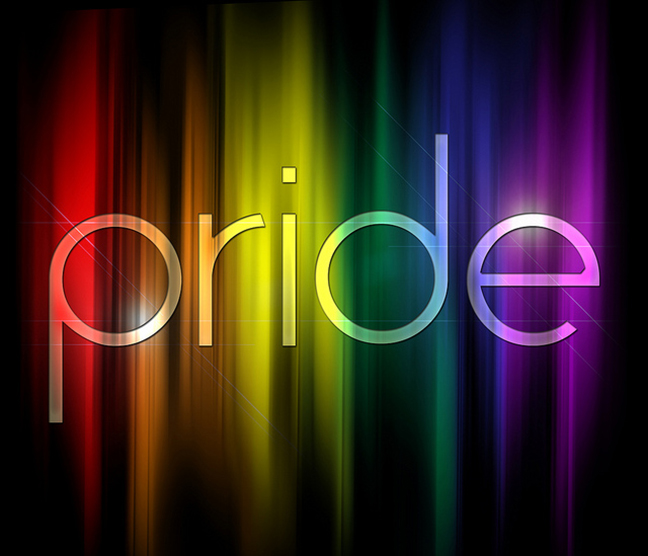 Although San Antonio's annual Pride "Bigger Than Texas" parade and festival doesn't take place until July 5 this year (featuring performances by acoustic pop artist Tom Goss, Christopher Anton of Information Society fame and Paris, TX native/RuPaul's Drag Race alum Shangela, "Debutantess of the Deep South"), the San Antonio Public Library, Pride Center San Antonio and others are celebrating LGBT Pride punctually in June—which President Bill Clinton declared Gay and Lesbian Pride Month in 2000 and President Barack Obama smartly updated as Lesbian, Gay, Bisexual and Transgender Pride Month in 2009. Stay tuned to the our online calendar for more upcoming Pride-related happenings and feel free to use the comments section below to let us know about other goings-on about town, whether they're free or not.

Pride Center San Antonio and The Uptown Studio team up to co-host a free, BYOB-friendly mixer (open to members, friends and allies of the LGBTQA community) featuring light appetizers, wine and live jazz by Lehley A. Hood. Whether you just came out yesterday or years ago, "this is the safe and friendly social group you’ve been looking for." Free, 6-7:30pm Friday, Uptown Studio, 700 Fredericksburg, (210) 387-1617, theuptownstudio.com. 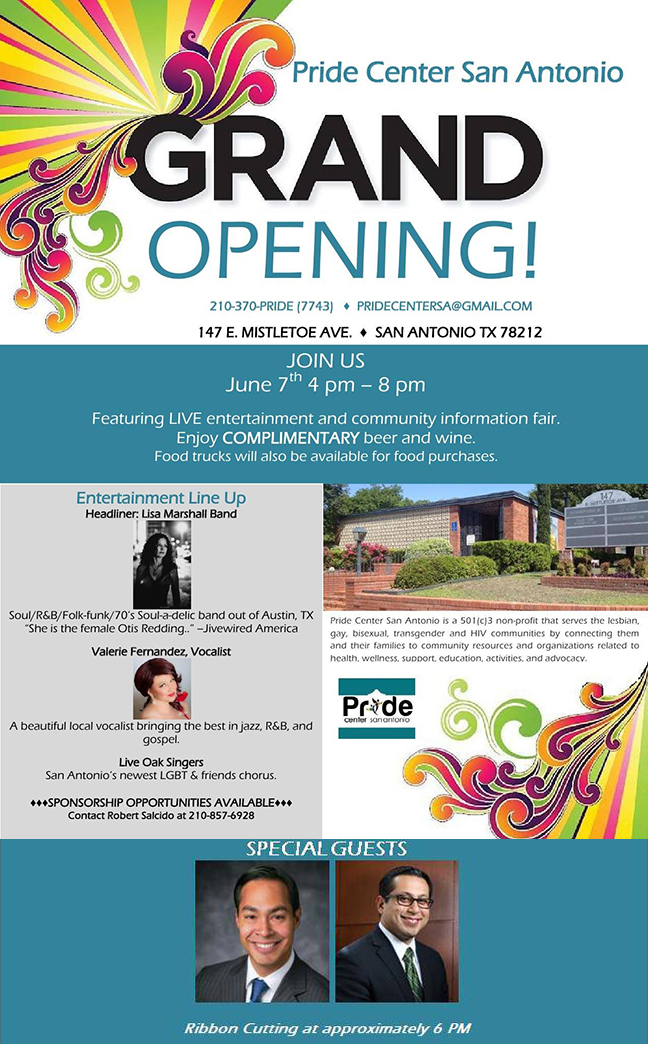 "Love Makes a Family: Portraits of Lesbian, Gay, Bisexual, and Transgender People and their Families" 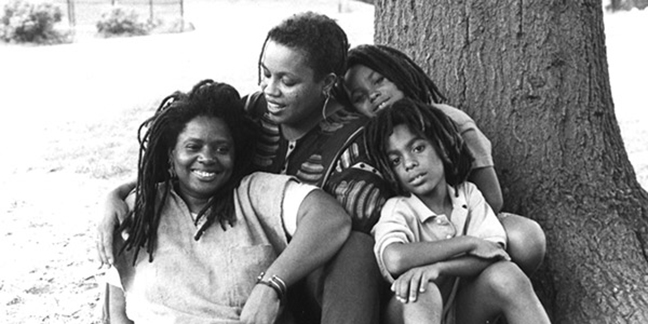 Depicting “a variety of gay, lesbian, bisexual and transgender people and their families of all races in familiar family settings,” this touring exhibition organized by Massachusetts-based Family Diversity Projects, photographer Gigi Kaeser and interviewer Peggy Gillespie aims to “cut through all the political arguments right to the heart of the issue.” On view every Sunday in June (from 12:30 p.m. to 2:30 p.m.), “Love Makes a Family” opens with a reception featuring a screening of director Wendy Jo Carlton’s 2009 film Hannah Free. Free, 12:30-3pm Sunday, First Unitarian Universalist Church of San Antonio, 7150 I-10 W, (210) 344-4695, uusat.org. 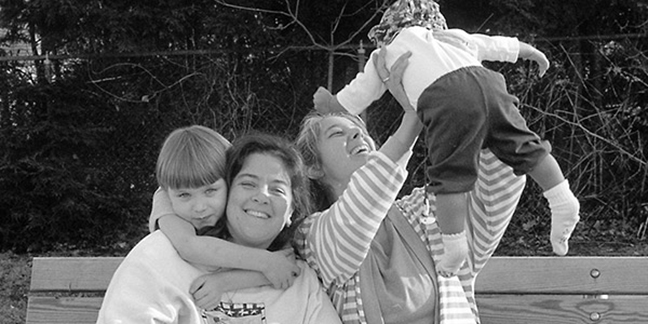 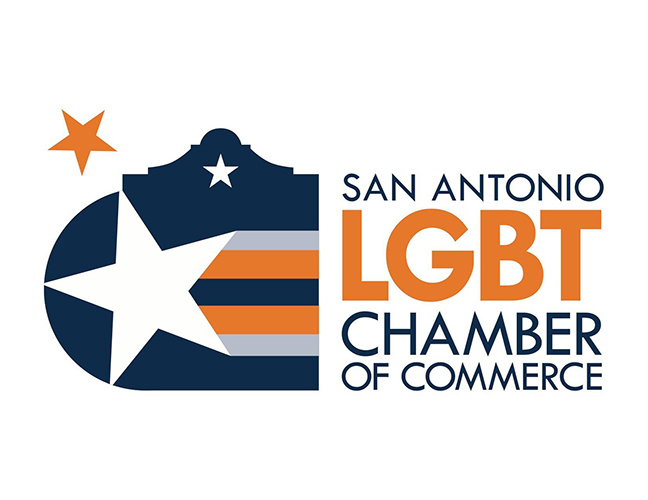 According to its mission statement, “The San Antonio LGBT Chamber exists to foster and promote a positive image of LGBT persons as well as the economic development and vitality of LGBT businesses and the businesses and professional organizations that support them, and, to facilitate the personal, professional and social growth of its members via the exchange of ideas, resources, information and networking opportunities throughout the greater San Antonio metropolitan area.” On Monday, reps from the organization will be on hand at Westfall Branch Library to offers information about businesses certified for diversity, the importance of a diverse work force and doing business with diversity in mind.?? Free, ?6pm Monday, ?Westfall Branch Library, 6111 Rosedale, (210) 207-9220, mysapl.org. 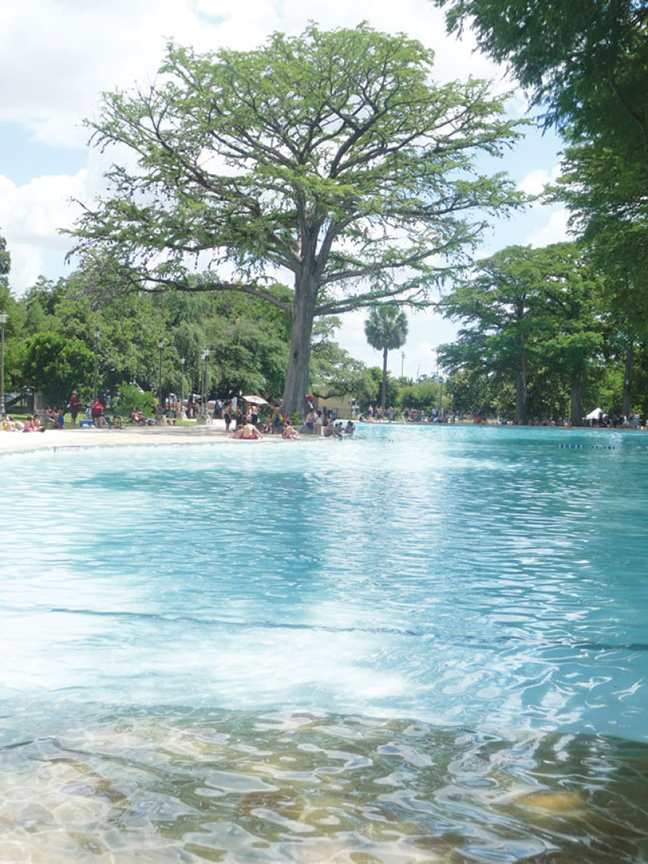 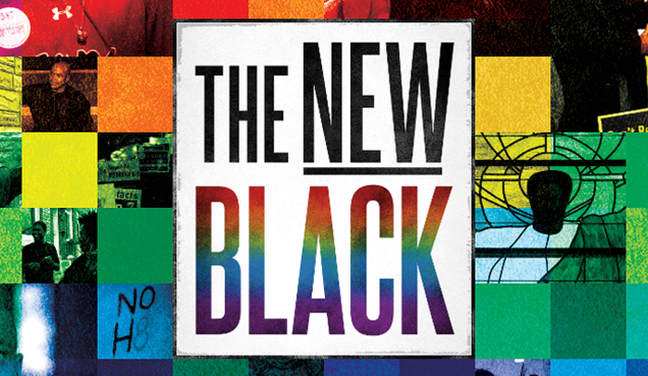 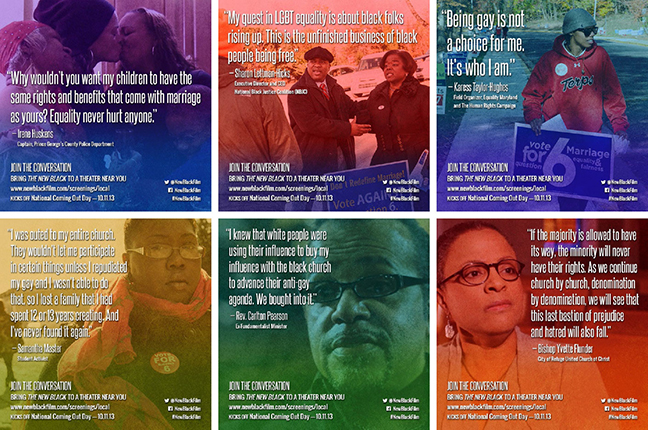 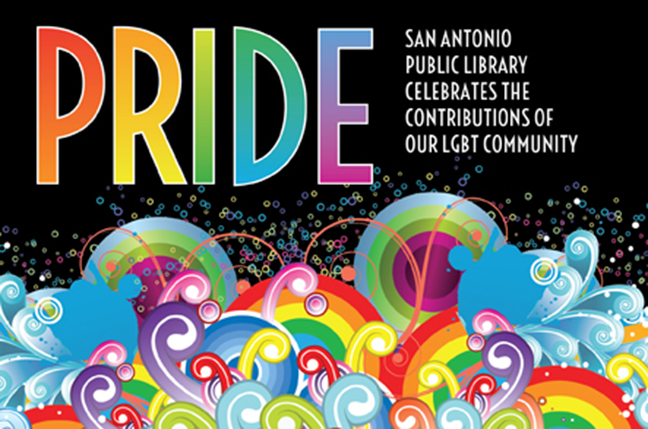 Information can be life changing. At milestones in life, reliable information is critical to good decisions. Texas law can be convoluted in critical moments such as hospital visitations, adoptions, unions and death. San Antonio Public Library has invited leaders in the community to help navigate these courses and resources. The panelists represent experts in family law, financial planning and civil rights with perspectives focused on the needs of the lesbian, gay, bisexual, transgender and intersex communities. Free, ?6–8pm Monday, ?Landa Branch Library, 233 Bushnell, (210) 207-9090, mysapl.org. 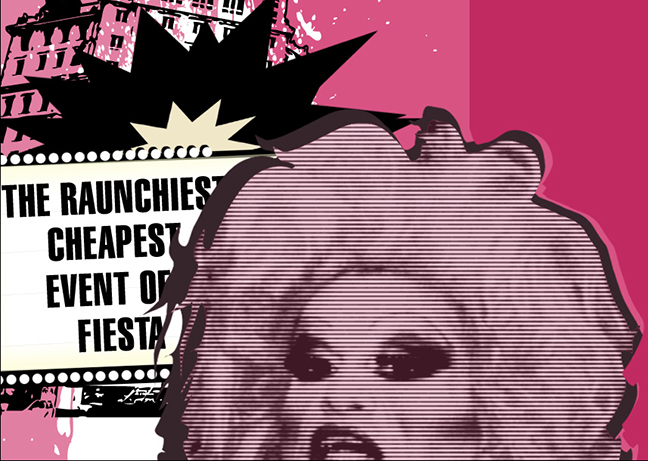 Dr. Amy L. Stone is an associate professor of sociology and anthropology at Trinity University and the author of such publications as "More Than Adding a T: American Lesbian and Gay Activists' Attitudes Towards Transgender Inclusion," "Sexuality and Social Change: Sexual Relations in a Capitalist System" and Gay Rights at the Ballot Box (which was published in 2012 by University of Minnesota Press). In observance of Pride Month, Dr. Stone will shed light on her current research project, which explores the role Cornyation played in "the growing gay and lesbian world in San Antonio during the 1950s and 1960s" and how "gay and lesbian visibility is part of a broader democratization of Fiesta." Free, 6:30–7:45pm Thursday, Tobin Branch Library, 4134 Harry Wurzbach, 207-9040, mysapl.org. 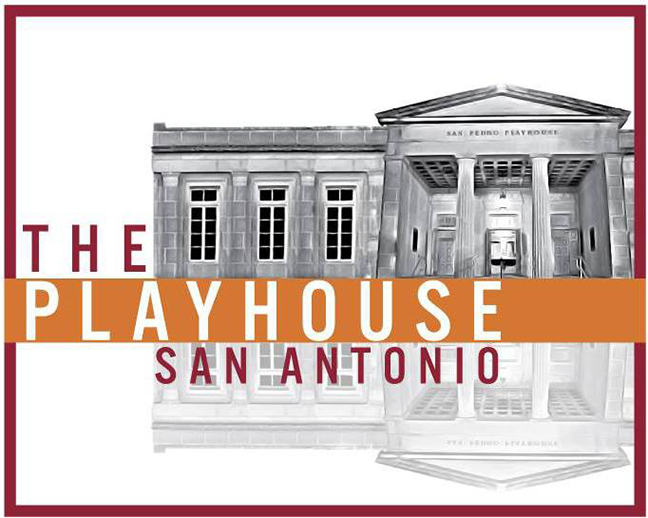