By San Antonio Current Staff
Share on Facebook
Tweet
Submit to Reddit
Email
This Dignowity Hill home that recently went on the market was built in 1909 for prominent physician Dr. John B. Holt and his wife Luella, who relocated to San Antonio from Lockhart in 1907.

Later, during a shortage in military housing, the Holts' daughter divided it into four apartments and lived in one unit. The property returned to single-family living under the next owners, but still bore four kitchens and four electric meters when it sold in 2005 to East Side preservationists Byron and Betty Sherouse and Bill Ross.

The Sherouses had renovated several other homes in the neighborhood, but chose to live in this dwelling after restoring it from a dilapidated state to its former grandeur. They undertook extensive repairs and updates from foundation to roof.

The turnaround was so extensive that in 2008 the property won a Conservation Society of San Antonio Historic Preservation Award.

It's easy to see why. Sweeping verandas on the first, second and third floor offer views of downtown and Dignowity Park across the street, and a spiral staircase descends from a second-floor balcony in the back to a patio and garden. The kitchen has also undergone additional updates under the current owner.

The asking price on the four-bedroom home is $1.975 million and includes an additional 1,500 unfinished square feet on the third floor.

This home is listed Greg A. Rubiola with South Texas Realty Services

All photos and listing info via Realtor.com.
OF 36
PREV NEXT 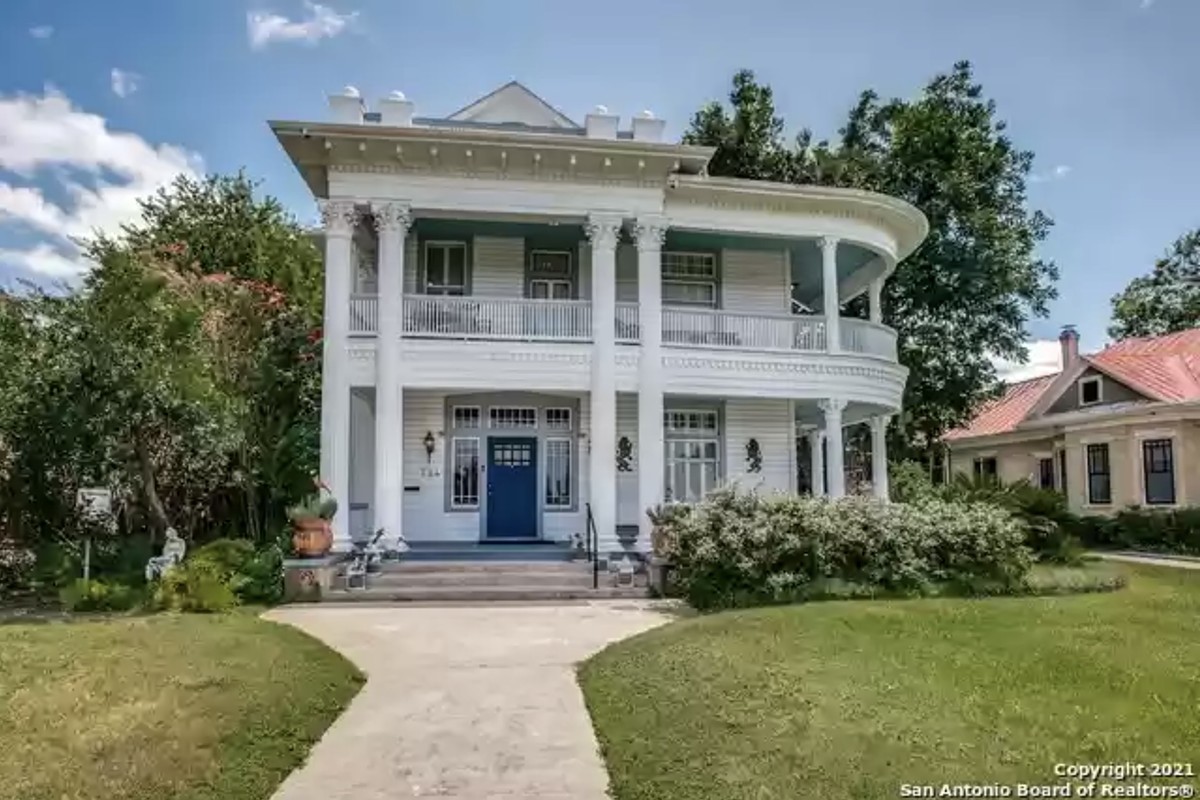