A 1930 Tudor home in Monte Vista built by a former King Antonio is on sale for $1.2 million

According to his 1976 obituary in the Express-News, he wasn't just a member of the Texas Cavaliers but King Antonio XXVIII and a member of the Order of the Alamo. Beyond that, Kayton served as president of the firm that managed downtown's landmark Milam Building.

Details of his bio aside, Kayton knew how to live large. That's evidenced by his four-bedroom, four-and-a-half-bath family home in the Monte Vista Historic District. It's now on the market for $1.2 million.

The Tudor-style home is chock full of amazing architectural woodwork, and the foyer is a breathtaking work of art, replete with a curved staircase and view of the domed ceiling on the third floor. There's even a posh, wood-paneled study, a fireplace in the master bedroom and a music room with built-in custom cabinetry.

No small wonder that it's listed in the National Register of Historic Places.

This home is listed by Chrissy Labatt with Kuper Sotheby's International Realty.

All photos and listing info via Realtor.com.
OF 35
PREV NEXT 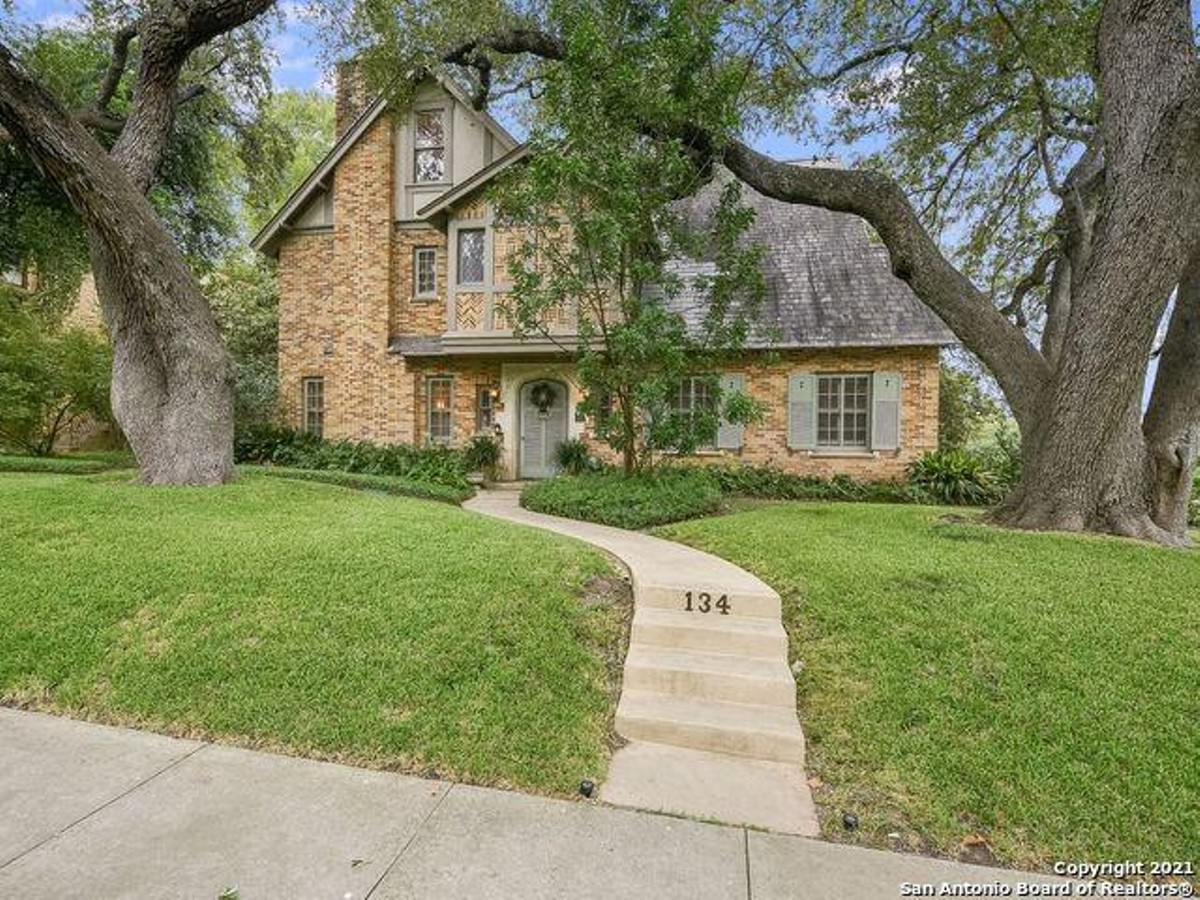