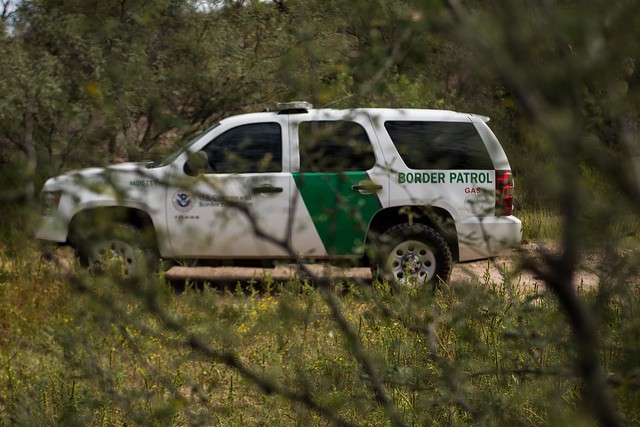 A Border Patrol agent died, and a second agent remains hospitalized in serious condition, as a result of injuries sustained while the two were out on patrol the morning of Nov. 19 near the small West Texas town of Van Horn, according to U.S. Customs and Border Protection.

Rogelio Martinez, a 36-year-old from El Paso who had been a Border Patrol agent since 2013, died on Sunday morning “as a result of injuries sustained while on patrol in the Big Bend Sector,” according to CBP. His partner, who remains hospitalized and whose name was not released, managed to report they had both been injured. Responding agents provided medical care and transported them to the hospital.

While authorities are still gathering facts about the incident, Jeanette Harper, who works in the FBI’s El Paso office, told the San Antonio Express-News the agents were definitely not shot at. The Border Patrol Special Operations Group and agents from the CBP’s Air and Marine Operations are searching the area for potential suspects or witnesses.

President Donald Trump used the incident to, again, call for the construction of his border wall. “Border Patrol Officer killed at Southern Border, another badly hurt. We will seek out and bring to justice those responsible. We will, and must, build the Wall!” he tweeted on Sunday night.

Though CBP did not describe the incident in detail, Senator Ted Cruz and Governor Greg Abbott both referred to the incident as as an “attack.”

“This is a stark reminder of the ongoing threat that an unsecure border poses to the safety of our communities and those charged with defending them,” Cruz said in a statement.

“Our prayers are with the families of this Border Patrol agent who was killed & the other who was injured in this attack in Texas. Our resources must be increased to prevent these attacks in the future,” Abbott tweeted.