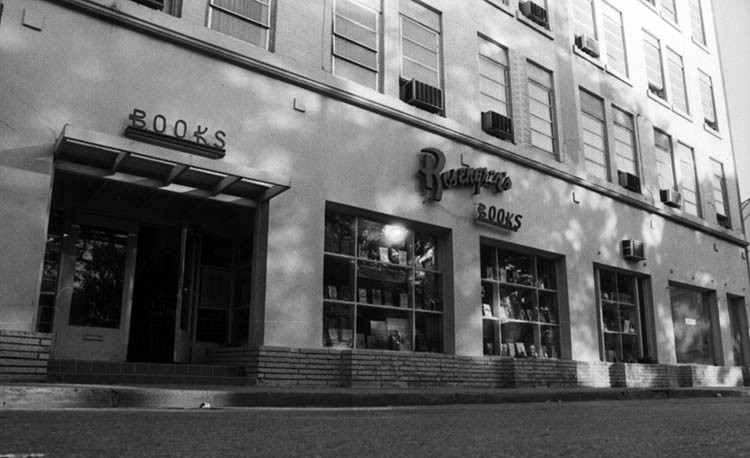 Some day in the not too distant future, when literary texts are all created, transmitted and consumed electronically, a child will ask: "Daddy, what was a bookstore?" A succinct explanation: "Rosengren's."

From 1935 to 1987, Rosengren's Books sat in the heart of San Antonio and nourished its soul.

Texas Monthly named it the best bookshop in the state, but Willie Morris, editor of Harper's, called it "one of the finest and most admirable bookstores in America." Like Powell's in Portland, Prairie Lights in Iowa City, Tattered Cover in Denver, Elliott Bay in Seattle, and City Lights in San Francisco, it was a local landmark with a national reputation. As with Cody's in Berkeley and the Gotham Book Mart in New York, many still mourn its demise.

Published 80 years after the Rosengren family's arrival in San Antonio and 27 years too late to shelve it in Rosengren's, Mary Carolyn Hollers George's short volume is a tribute to a family and its bookish business. In his introduction to Rosengren's Books: An Oasis for Mind and Spirit, former Mayor Phil Hardberger offers a fond reminiscence of the shop, "a salon of civilization and enlightenment that made us all better citizens," and its principal proprietor, Florence Rosengren, "the Madame de Stael or Sylvia Beach of South Texas."

George begins in Chicago, where an ambitious young bibliophile named Frank Rosengren made himself an expert in first editions and made himself a living by selling books. Though George is even more interested in the Rosengren family than its bookstore, she does not attempt anything approaching a definitive biography. She reports that Frank fell in love with Florence Kednay, a beautiful student at the University of Chicago who wandered into his store, and that the two married. However, without reference to any previous marriage, we are abruptly informed: "She was his third wife and 13 years his junior." The birth of their son Frank Jr., (nicknamed "Figgi," he would, as a successful professional writer, take "Frank Duane" as his nom de plume) occasioned a dramatic change of scenery. After doctors diagnosed the child with a bronchial ailment for which northern winters could be fatal, the parents scouted southern locales and settled on San Antonio. They moved into a house in the River Road neighborhood and enrolled young Figgi in the experimental River Road Day School. Though Figgi studied there for only two of the school's 11 years, George devotes several pages to its unconventional methods. She merely notes that he "graduated from Thomas Jefferson High School in 1944."

Meanwhile, his parents were operating their bookstore, which landlords' whims forced them to move several times—from the Milam Building on Travis and Soledad, to East Pecan, across from Milam Park, then to Bonham Street, facing the Alamo, and finally to 223 Losoya, above the River Walk. They insisted on remaining Downtown, where few San Antonians lived and tourists sought guidebooks, not poetry. Frank concentrated on rare books, while Florence, a gracious hostess, managed the bookselling. After Frank's death in 1949, she devoted herself entirely to the store. Her daughter-in-law, Camille "Cam" Rosengren, took over in 1979. 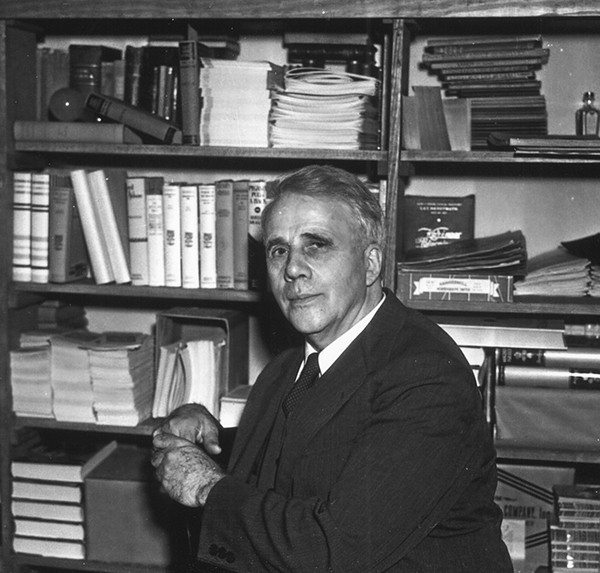 George names local notables, including O'Neil Ford, Harry Hertzberg, John Igo, Amy Freeman Lee, John Leeper, Maury Maverick Jr. and Robert L.B. Tobin, who frequented Rosengren's. A young Bryce Milligan, now publisher of Wings Press, which brought out this book, worked there for two years. George numbers J. Frank Dobie, John Dos Passos, Robert Frost, Theodor Geisel, William Goyen, John Graves, Katherine Anne Porter and Daniel Schorr as celebrities who considered the store an essential stop in San Antonio. Aside from noting that Florence refused to stock anything "salacious," George does not analyze Rosengren's inventory, nor does she examine changes in demographics, real estate values and chain-store marketing that doomed independent operations. A comprehensive history of Rosengren's would be a history of both San Antonio and the business of American leisure. Booksellers survive in symbiosis with publishing houses, libraries, newspapers, magazines, schools and colleges. For much of the 20th century, San Antonio lacked luster in each. Rosengren's offered stimulating company and conversation, and its books were not elbowed aside by greeting cards and T-shirts. After all is said and done, it was a bookstore.

Rosengren's Books: An Oasis for Mind and Spirit