A Dead Body Was Found In The San Antonio River ... Again 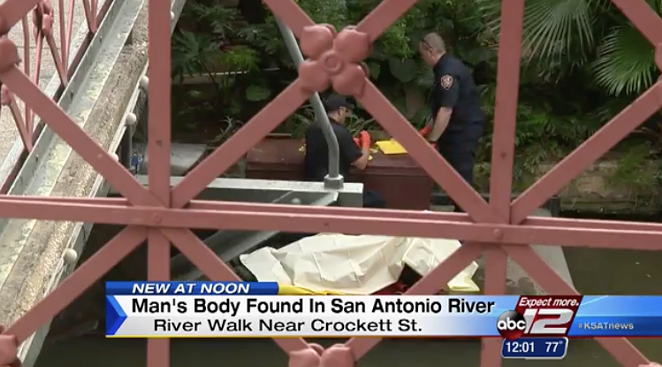 The body of a 54-year-old man was found by a maintenance crew around 9:30 this morning, KSAT reported. The police closed off the 100 block of Crockett Street in order to remove it.