by Mark Reagan and Michael Marks 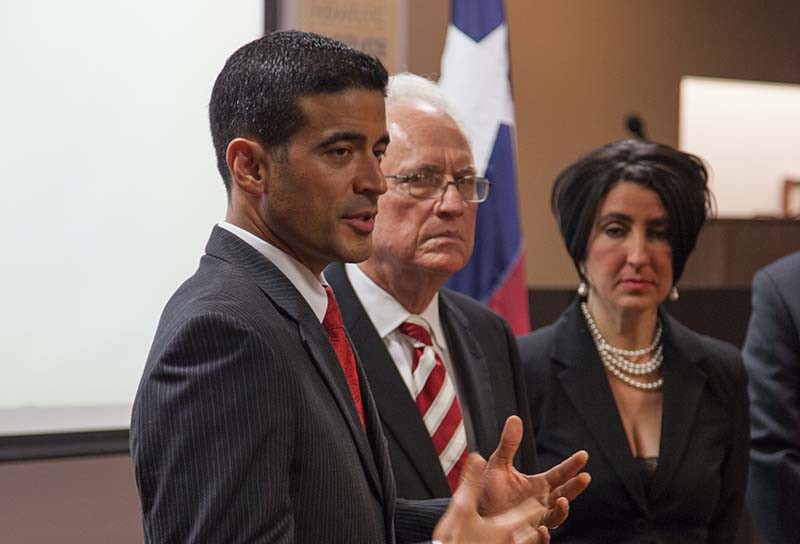 That wasn't always the case during her 13-year addiction to heroin and cocaine.

"Sometimes I put them to bed and would tell them I have to leave, but said I will come back. They would ask me, 'Mommy, are you really coming back?" Charlene told a crowd gathered to watch the graduates in the Central Jury Room at the Bexar County Courthouse.

"Days and weeks would pass before I would come back. It was about getting the next fix," she added.

A little more than a week ago, Charlene formally graduated from Bexar County Adult Drug Court. (The San Antonio Current agreed to quote drug court graduates by first name only due to privacy concerns).

Charlene and 17 other drug and DWI court grads from this year's class aren't the norm. Few offenders enter the program and even fewer graduate.

But those who do make it attest to its life-changing impact.

"I had forgotten how to function in life without drugs," said Charlene, who was addicted to heroin and cocaine.

In fall of 2012, police arrested her while she was picking up drugs.

A court-appointed lawyer told her she was facing jail time and that Child Protective Services was going to take her children.

The lawyer told Charlene that she needed to think about her children and herself. He also told her about drug court.

"The remainder of my time in jail I thought about it. When I got out, things changed," Charlene said. "I didn't want to go back to jail so I agreed to do drug court."

Once in, she wasn't so sure about the rigorous, tedious and intense program.

"I regretted it and thought I should have done time," Charlene said. "That was my addicted brain — fake it till you make it."

There are over 2,500 drug courts in the country. Bexar County established its first one in 2001, the same year the Texas Legislature mandated that counties of over 550,000 people offer them to convicted offenders.

Setting up the courts is an expensive endeavor, but the annual cost — about $600,000 — runs about the same as what Bexar County spends on other criminal courts.

But drug and DWI courts are set up on differently from traditional criminal justice models — drawing flack from "tough-on-crime" hardliners.

Some researchers say they do work.

William Kelly, a criminal justice professor at the University of Texas at Austin, said writing drug courts off as too expensive or too light-handed is a shortsighted error by policymakers.

"There's still the perception that treatment is more expensive than locking them up and nothing could be further from the truth," Kelly told the Current.