By San Antonio Current Staff
Share on Facebook
Tweet
Submit to Reddit
Email
A traditional German-style home built with 170-year-old wood reclaimed from a downtown Austin commercial building has hit the market in Fischer, a small town near Wimberly and Canyon Lake.

Listed for $2.6 million, this isn't just any Hill Country cabin. The owners purchased a former farm in 1985 and had a builder construct the 3,600-square-foot structure in the German Fachwerk style, where timber is used to frame a home and filled in with plaster.

The reclaimed loblolly pine constitutes the majority of the lumber in the four-bedroom, four-bath house, including its beams, doors and floors, according to listing agent Jimmy Goldrick. The home's wooded, 12-acre lot also backs up to the spring-fed Blanco River.

"It's more of a piece of art than a house," said Goldrick, who said the empty-nester owners are looking to sell the home since they now spend most of their time in Hawaii.

This house is represented by Jimmy Goldrick with James Goldrick.

All photos from Realtor.com.
OF 40
PREV NEXT 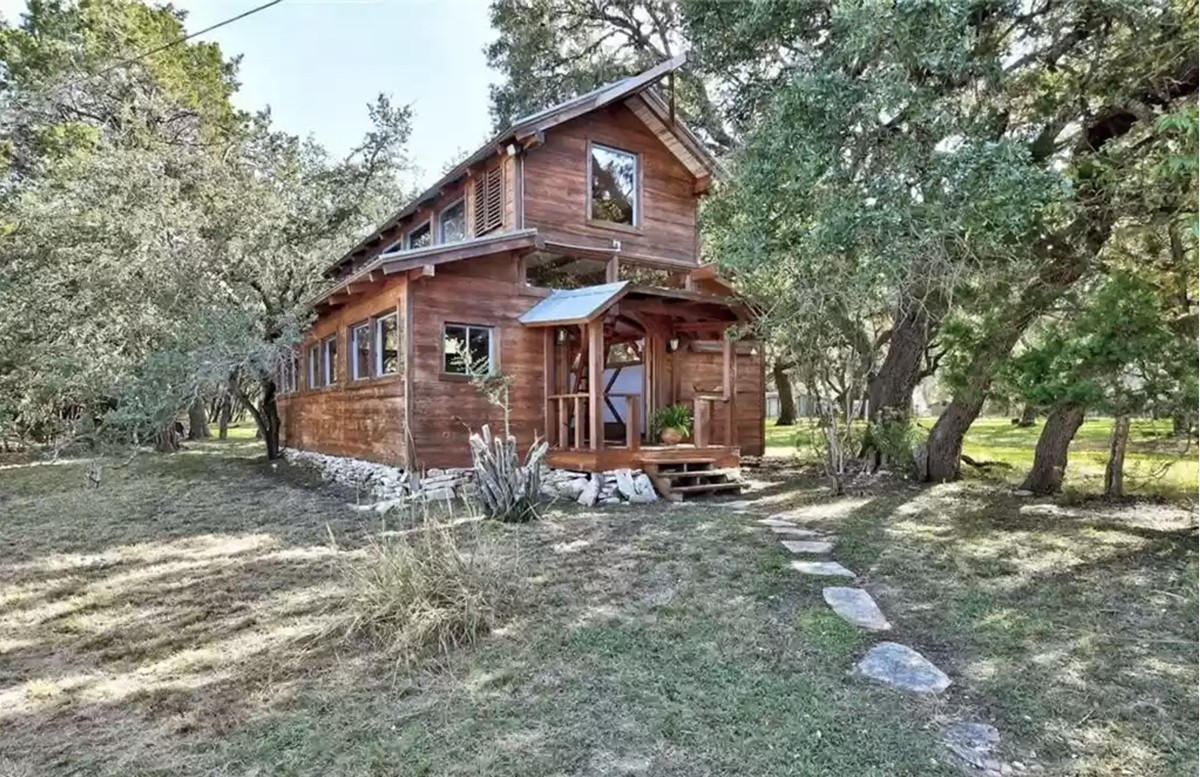