A Great Gatsby NES Game Exists and it's Awesome 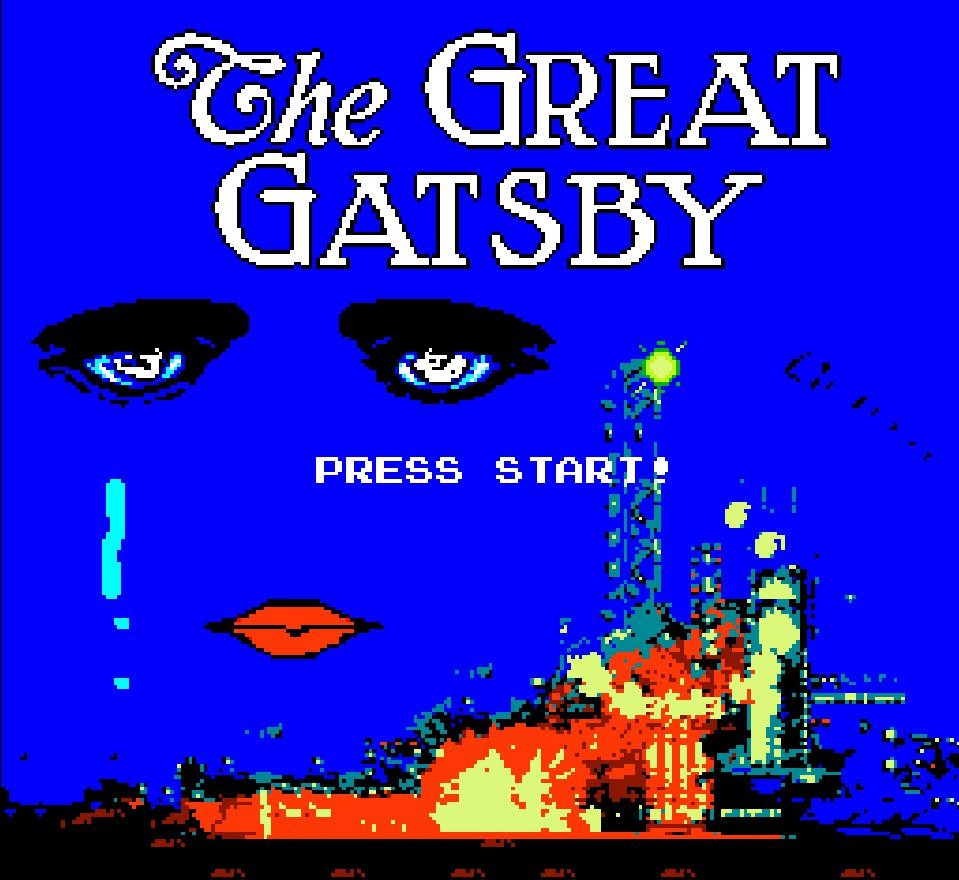 While I'm still a little skeptical about Baz Luhrmann's 3D film based on F. Scott Fitzgerald's classic novel, The Great Gatsby, this 8-bit video game modeled after Jay Gatsby's life is one adaptation I have no qualms about diving into.

The Great Gatsby For NES has been around since February 2011, and consists of narrator extraordinaire Nick Carraway tearing through four rip-roaring levels of shooting martini-carrying waiters in Gatsby's mansion, weaving through the ghosts of beached soldiers, an encounter with Owl Eyes, a weird ass showdown with the eyes of Dr. T.J. Eckleburg, a sad, sobby Daisy Buchanan, a smoky New York speakeasy mission and much more.

Created by Charlie Hoey and Peter Malamud Smith, The Great Gatsby For NES ends with a chance to finally snag that iconic green light. If you fail, however, you'll receive a fitting "Game over, old sport!" as consolation.

Have you seen Luhrmann's film? What did you think?