A Healthy Spurs Team Could Bring Back ‘Beautiful Basketball’ 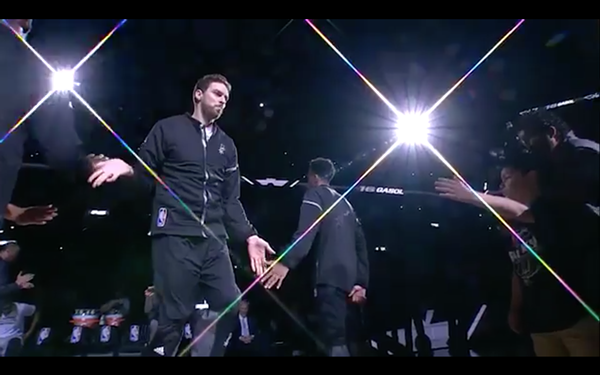 It was always important to stay patient amid the Spurs’ shaky start to the season (yes, 5-3 can qualify as ‘shaky’ in San Antonio), even when some fretted their three early losses at home, questioned whether the team should bench Tony Parker and worried about Pau Gasol’s fit alongside Kawhi Leonard and LaMarcus Aldridge.

The Spurs had been making do without shooting guard Danny Green, looking out of sync defensively and missing his three-point touch on the other end. They also missed the offensive balance provided by Parker, who tweaked his leg in the team’s season-opening win over the Warriors.

It took nine games to get all the pieces of the starting five back together, but the results thus far have been very promising.

With both Parker and Green back in the mix, we’re not only seeing a stronger offense (they’ve averaged 105 points per game over their five-game winning streak), but one that hearkens that ‘beautiful’, free-flowing style of play that was on sabbatical last season.

The Spurs are moving the ball better than ever following their last win over the upstart Los Angeles Lakers, a game that saw them record a season-best 30 assists. Parker’s presence has been crucial, as the veteran point guard has a knack for knowing how and when to feed Gasol and Aldridge. The big men, in turn, are attacking with more purpose, either taking the open shoot or finding the open man.

That ball movement is key for a team that’s best in the league in catch-and-shoot percentage, meaning shots that are taken by a player without dribbling the ball. In those opportunities, Spurs players are hitting 45% of their shots, which shouldn’t be a surprise with guys like Leonard, Aldridge, Green and Patty Mills on the roster.

Gasol himself expressed a hope for the team to head in that direction when speaking to the Express-News’ Tom Orsborn.

"Ball movement is kind of the staple of this team, and it has been for so long," Gasol said. "But after the eighth game, we were something like 18th or 19th in the league in assists, and that was very uncharacteristic of this team."

It’s true, last year’s team veered away from the ‘Beautiful Game’ that was so stunning to watch between 2012 and 2015, eschewing a pass-heavy style for an offense that relied on isolation plays and post-ups for Leonard and Aldridge. It was, by all accounts, highly effective, resulting in a historical 67-15 season, albeit one that ended prematurely in the playoffs.

Winning will always be more important than aesthetics in San Antonio, but the fact that these Spurs can do so while bringing back some of the flair from years past will make them even more fun to watch.