The 5,800-square-foot home was built in 1930 by H.C. Thorman, the prolific developer behind local landmarks ranging from Olmos Park itself to the San Antonio Country Club. Thorman built as many as 40 houses a year during his busiest period, and his creations dot Highland Park, Mahncke Park, Tobin Hill and other older neighborhoods.

This Olmos Park home, which appears to be modeled after an English Country estate, boasts elegant tile work, rounded archways and a vaulted ceiling in the master bedroom. However, the real showstopper is  its massive dining room with 19-foot cathedral ceilings, exposed wood beams and fireplace framed on either side by ornate stained glass.

The house is currently under contract from an undisclosed buyer, but that can't stop us from taking a virtual tour.

This home is listed by Gina Candelario with Kuper Sotheby's International Realty. 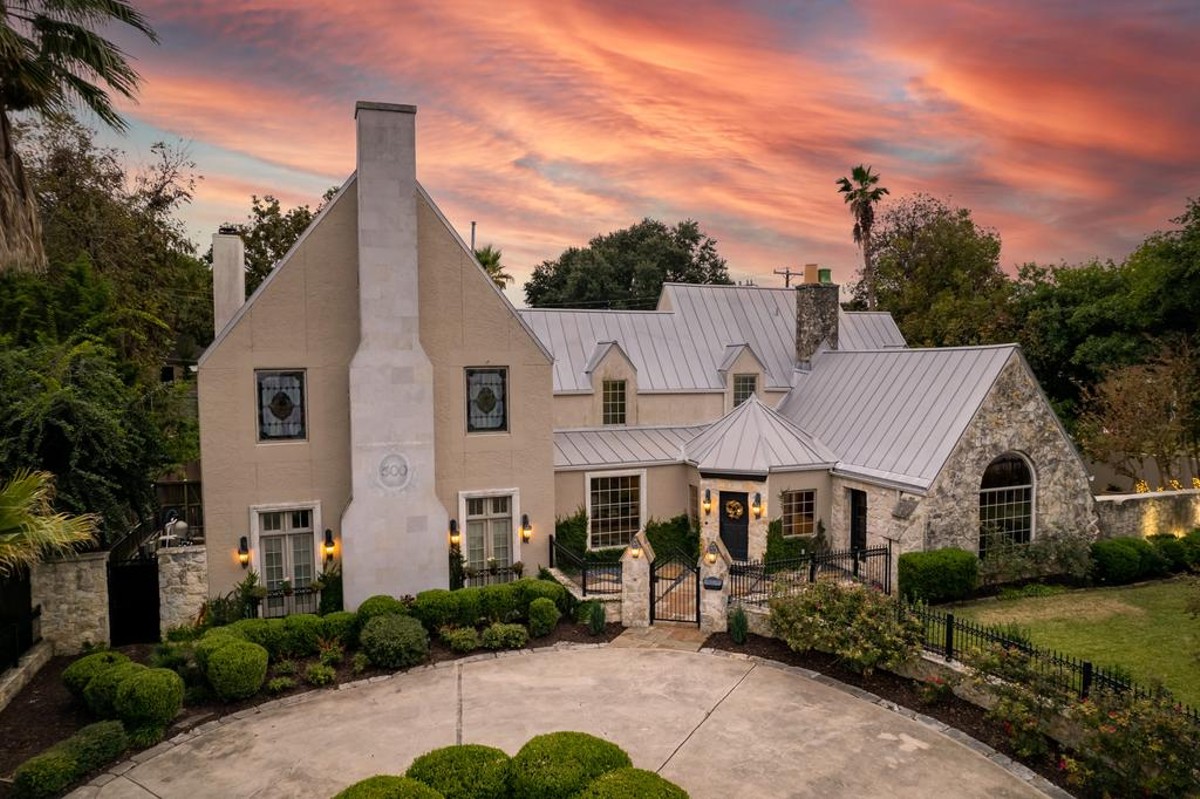