'A Most Violent Year' Uses its Words Instead of Action 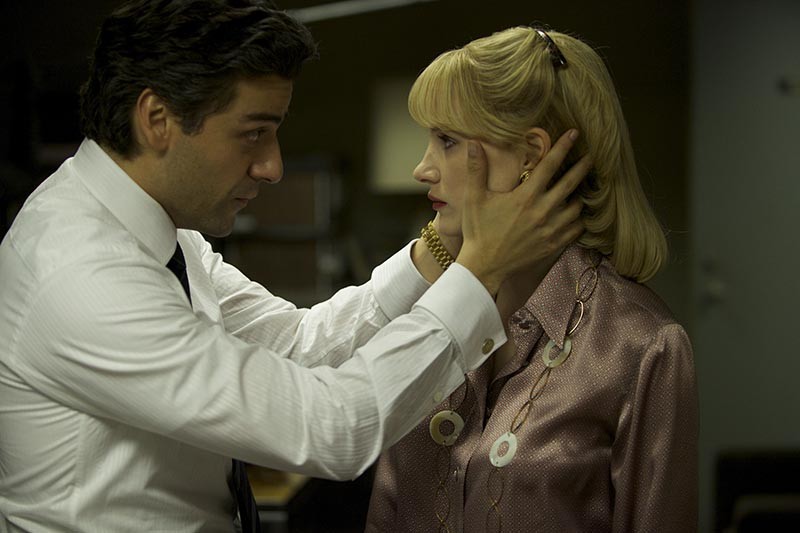 J.C. Chandor is in the business of making solid movies. His feature debut, Margin Call, is the best movie about the 2008 financial crisis because it humanizes the bankers responsible for bringing the economy to its knees while simultaneously making them look like opportunistic assholes.

Chandor's second feature, All Is Lost, features Robert Redford in one of his best roles, as a lone sailor aboard a sinking boat trying to survive calamity after calamity in the Indian Ocean. Redford's nearly wordless performance is perfect, and Chandor wrings from him the right balance of actor and movie star. Plus, the pacing is excellent and the happy ending well earned.

Now, Chandor is branching into darker territory. A Most Violent Year is set in New York City in 1981, one of the city's grimmest years, crime-wise. Abel Morales (Oscar Isaac — this guy is the real thing) is a (mostly) honest businessman trying to take his oil supply business from rinky-dink plus to on the verge of international. As the movie opens, he puts down a 40 percent deposit on a riverside property that will allow him to greatly expand.

Abel has 30 days to come up with the rest of the money, and, well, things don't go as planned. His delivery trucks keep getting hijacked on New York's rough city streets; a federal prosecutor (a soft-spoken but forceful David Oyelowo) is about to indict him; and his wife/accountant Anna (Jessica Chastain) is the daughter of a mafioso, and she wants to deal with every problem through illegal means.

Sounds like the setup for a great crime story, right? If only. Chandor makes the bold choice of letting the words in A Most Violent Year speak louder than the actions. Sometimes it works: When Abel calls together all the other oil barons in the city to ask them to quit stealing from him, the scene feels a lot like Vito Corleone's warning to the heads of the five families in The Godfather.

There's also a lot of nifty backroom wheeling and dealing that is wisely handled through dialogue. There's a scene with Abel's in-house counsel, Andrew Walsh (Albert Brooks) and Teamster boss Bill O'Leary (Peter Gerety) that feels so lived-in it's reasonable to suspect Chandor sat in on a few similar conversations in real life.

But then there are places where the movie falls apart. There's a constant threat of physical violence — this is dirty ol' New York City, after all — that rarely comes to fruition. One can admire Chandor's restraint, but it feels as if, like his main character, he's taking the high road for the sake of taking the high road. It's feasible that Chandor is suggesting the threat of violence is even worse than violence itself; if you're always worried about getting a thump 'round the ear that never comes, you're living in terror. In its own way, A Most Violent Year shows the fallout of terroristic threats on the human psyche.

Unfortunately, that leaves much of the movie flat. There are raised voices here and there, but there's such a veneer of control and cool — Abel is largely unflappable — that it leaves the ending in little doubt. Even when there's a spectacular car chase, one of the vehicles becomes obscured in a way that resembles an outtake from Frank Darabont's The Mist; all the tension drains away as the other driver becomes more cautious.

Plus, Chastain's character is problematic. It's not that she isn't believable as the tough Brooklyn-bred mafia kid. It's just that her role is underwritten enough that it becomes cliché. How many times can she tell Abel he needs to be a man before it sounds like a stock phrase Chandor lifted from a different gangster story?

Problems aside, A Most Violent Year is highly watchable; it's just that when you're done, you may not feel like you've been told the whole story.

Isaac, who's taken diverse roles in his relatively short career — it's not so long ago he was the lead in a music video for underappreciated New York band The Churchills — is in top form here, making Abel the kind of character we love even as we question his methods. And it's always nice to see Brooks in a character role. He does much better on screen when he's not directing himself.

Whereas lots of movies released in the last year — from God's Pocket to The Drop to Rob the Mob — focus on petty hoods, Chandor is more interested in the big fish, the businesspeople who skirt laws or bend them in the name of progress and profit. A Most Violent Year is worth seeing because Chandor offers a different vision of the crime drama. It's not entirely successful, but it's more diverting than watching a bunch of goons shoot each other.

A Most Violent Year (R)