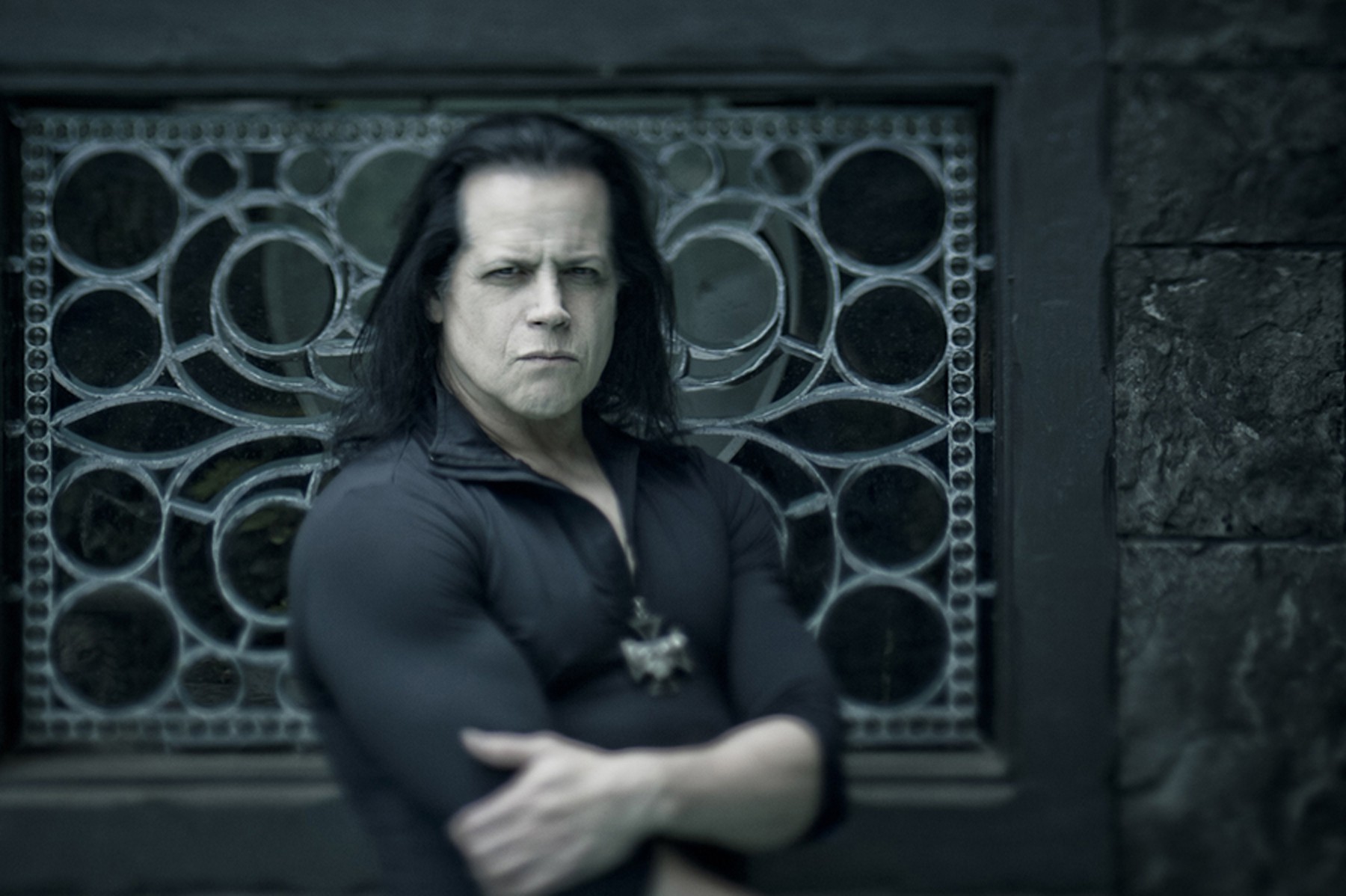 Surveying Glenn Danzig's career with this axiom in mind, one could draw the conclusion that he's one of our finest thieves.

From the reappropriation of classic comic and B-horror iconography to the witches' brew of metal-punk-blues-doo wop-industrial that have at one time or another coursed through the veins of his music, Danzig does what the best artists have always done: take one element (doo-wop, rock 'n' roll, the blues, etc.) and inseminate it with your own culture and attitude (punk rock, heavy metal, rape fetishization, gore as poetry, comics, etc.).

Perhaps a testament to the brilliance and nuanced syncretism of Danzig's catalog is the shadow of cheese, hoke, or corniness that is often used to disregard his offerings. However, if you've ever felt the way that the Misfits, Samhain or Danzig can make you feel when belting out, "I got something to say! I raped your mother today and it doesn't matter much to me, as long as she ssspreeeaaad!" you realize that it is the assumed camp of a Kenneth Anger, a John Waters and a Glenn Danzig that in fact, titillate and embellish the sincerity of their work.

If you can get past the cheese, you realize that, on the other side, the cheese, corn and camp make his work all the more sincere — and better.

Later this summer, Danzig has a new record of covers coming out, entitled Skeletons, and he'll be on the road with Pennywise and Cancer Bats. This is some of the shit we talked about:

What are some of the tunes or artists that you're covering on Skeletons?

There is everything from Elvis to Black Sabbath, there's some Nuggets tracks, there's two old biker movie theme songs that I re-did. There's a lot of different stuff. I mean, people will be surprised; it's kinda all over the place. I'm hoping people still listen to where everything came from. Some people don't care, and that's cool, I got nothing against that, but a lot of people wanna know where everything came from.

Do you get a lot of say in who you take on tour with you or is there some business major behind the scenes calling the shots?

Yes. I decide. At the end of the day, I'm the one that decides. Actually, we're doing this thing on this tour where we're letting a local open up on the bill. It's something I always try to do. I just remember no one would take any of my bands out, so I just remember all of that, getting a break. It's kinda nice to give somebody a chance to play in front of people. Especially an audience of your peers, y'know?

Are there bands that did that for you coming up?

No. Nobody would take The Misfits out, nobody would take Samhain out, even early Danzig, nobody would take Danzig out, that's why we had to do all that on our own. We weren't a traditional metal act. It was like dark, metal, punk ... whatever it was. Our audience was pretty crazy. A lot of the traditional acts that would be touring at the time were scared of our audience. And they told us, 'We're scared of your audience. We don't want any trouble,' but I wouldn't change a thing. I wouldn't change a thing about our fans, they're fucking awesome.

Do you find it interesting as a scholar/critic of mythology/theology that Danzig, the artist, has become somewhat of a mythic figure?

[Danzig chuckle] The world is pretty easy to figure out sometimes. Usually, history repeats itself and you see it repeating itself over and over again. Without getting political, y'know, everyone said, 'Never Again' after World War I and then here comes WWII, y'know? 'Never Again' can genocide happen over in Europe and you're seeing it again in the Middle East, over stupid shit, y'know what I mean? Pretty much just take that and say it's easy to fool people and people are full of shit.

Are there any works you've completed that you knew could stand up next to their inspiration, like, when you're done you're just like, 'Dude, this song is so badass! It's like up there with 'Sweet Leaf'?'