A Q&A With the Outrageous, Totally Original Bill Burr 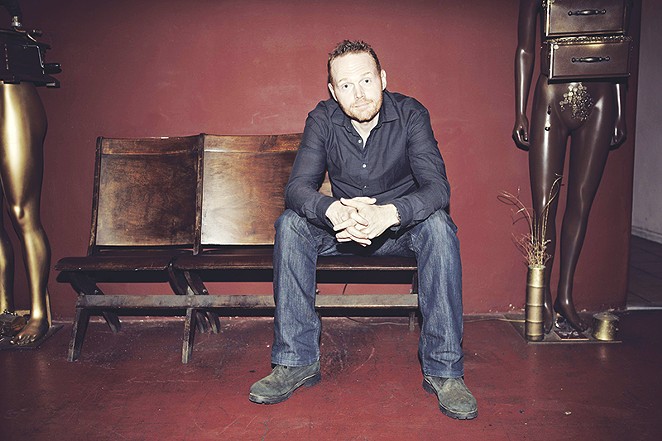 It takes me about 10 minutes on the phone to piss off Bill Burr.

"RELAX, there's nothing to worry about, nothing to see here," he informed me from LA. "There's not brown-shirted Nazi's standing in the back of the club watching everything you say."

I've breached the topic of political incorrectness, one that Burr is, probably for good reason, completely fed up with talking about.

"I don't touch on it at all, I just get asked about it all the time," he added. "And I think that's because when 40 people complain, the media acts like it's 40 million."

Like a comedian who's had to shut down hecklers for the last two decades (which, of course, he has), Burr squashes the interruption and moves on. He never gets angry in the exchange, but there is a flash of the frustrated disillusionment that has made his such an endearing voice in comedy.

From his bulldog look, tough-guy bluster and penchant for traditionally red-state viewpoints, at first glance it's easy to take him as the angry guy at the bar, or perhaps another outrage comic in the Lewis Black vein.

But where a bit about parents hugging their children too much or owning a gun for home protection may seem to chart a predictable course, Burr then makes a hard-left for the self-deprecating, the bizarre or, more often than not, the totally original. It's a talent he attributes to keeping his mind free to wander.

"When I do a tour, I screw around a lot on stage, and try to change up jokes," said Burr. "It's like when you see a really great band, they're playing the same set of songs, but they'll add different changes. They'll do the solo differently, break it down and throw something else in there. All of that is what keeps it fresh and alive. You remember why you wanted to go on stage. If you're just going up there every night and doing the same shit, I would want to start installing cable."

Stand-up remains Burr's primary passion, though that hasn't stopped him from taking on all sorts of other projects. Most visibly is his Monday Morning Podcast, where a typical episode involves "Bill rambling about Hootie and the Blowfish, The Maltese Falcon and eating broccoli." Those hour-long rants have put Monday Morning alongside WTF with Marc Maron and Comedy Bang Bang as a fixture on the comedy podcast landscape.

Burr's next move is a show of his own, an animated series called F is for Family. Premiering on Netflix this fall, the show reimagines Burr's own childhood growing up in the '70s, with Burr, Laura Dern and Justin Long providing voices.

For the time being, Burr's mind is onstage, where he'll remain through the end of the year. Having just released his latest standup special I'm Sorry You Feel That Way last year, he's taking this current tour as a chance to embrace his off-the-cuff tendencies.

"This is the fun year, when I don't have the pressure of doing a special," said Burr. "So I just go up there and anything I think of I just go with. Next year's where I start to hone it down and start to shape into an hour I think is worthy of being documented."

His stop at Laurie Auditorium will also mark Burr's first Alamo City performance in two years. "I haven't done a lot of San Antonio. I think I've only been there one time to do a show. I still love doing the road, going to Texas, the people are great, the food is awesome."

Whichever way Burr's mind happens to wander during his set, watching the 47-year-old take the stage should offer a chance to see one of the current giants of stand-up in his element. As for Burr himself, he keeps his expectations direct.

"I'm not trying to let people in or change the landscape. I'm trying to make people laugh," said Burr. "I've been on the road for 20 years, and I'm still having a good time. The people I run into, they get comedy as much as they need to get comedy. And that's all I ask out of people."