A Record Number of LGBTQ Texans Running in Midterm Elections 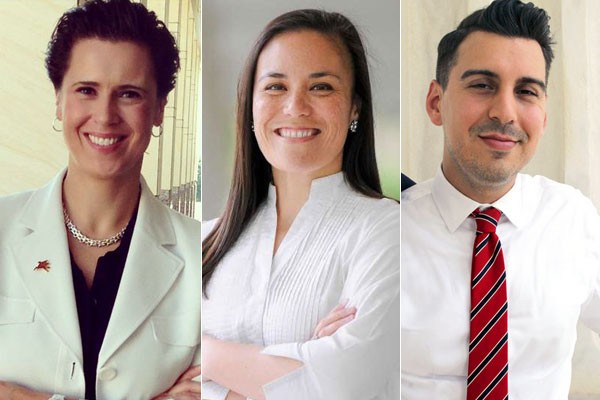 This article was originally published by our sister publication Out in SA.

No matter what the outcome, the November 6 election will be notable for the record number of LGBTQ Texans on the ballot this year. An estimated 33 Texas candidates are running for national, state and local seats.

Political observers say the rise in participation by LGBTQ candidates in Texas can be traced to the unsettling debate in the state legislature stirred up by the bathroom bill and other anti-LGBTQ legislation. Nationally, the Trump administration’s efforts to erase the rights of LGBTQ people and especially those of transgender citizens has set off alarms in the community.

“It’s been shocking for many of us how easily some of the progress we’ve made can be ripped away,” Ortiz Jones told the Texas Tribune. “And a lot of folks are done assuming someone is going to do what we could do ourselves.”

The rainbow wave is a national trend that has seen LGBTQ candidates running for elected office in all 50 states and the District of Columbia, according to the LGBTQ Victory Fund, a nonprofit that works to increase the number of openly LGBTQ officials at all levels of government.

“LGBTQ candidates are running for office in unprecedented numbers and in every state in the nation – and it is already inspiring more LGBTQ people to run in the near future,” former Houston Mayor Annise Parker, the Victory Fund’s president and CEO, said in a press release.

“This rainbow wave of candidates is certainly concentrated in blue states and districts, but LGBTQ leaders in conservative parts of the nation are standing up and determined to become public servants while remaining true to who they are. The struggles and experiences of LGBTQ candidates provide a unique perspective that makes them authentic, values-driven leaders, and it is increasingly resonating with voters,” Parker added.