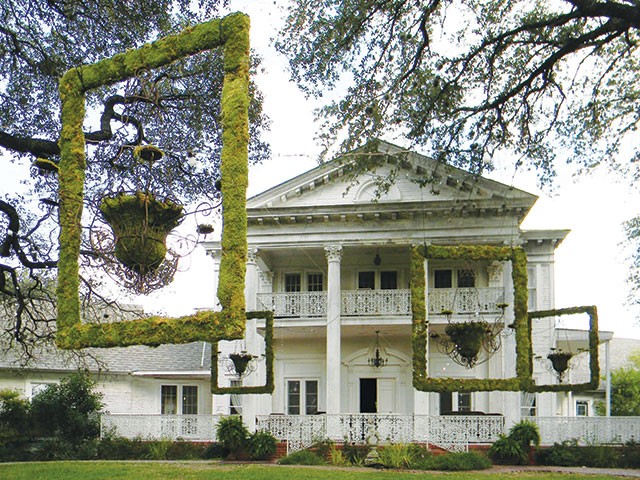 San Antonio is one of the oldest cities in the United States, and its history stretches long before the people behind the American or Texas Revolutions were even born.

And when you have that kind of change in a relatively short period of time (what’s 400 years, really?), you’re bound to have unexplainable paranormal activity.

San Antonio has hundreds of ghost stories, so we chose a few of our favorites. To tell those stories we relied on two books by Docia Schultz Williams, When Darkness Falls: Tales of San Antonio Ghosts and Hauntings and Spirits of San Antonio and South Texas, both of which are wildly entertaining and utilize personal stories, psychic mediums and newspaper stories to explore the Alamo City’s dark past.

On February 8, 1965, a housekeeper entered room 636 at the Gunter Hotel and found a white man standing next to a blood-soaked bed. In his hands, he held a bloody bundle. The housekeeper screamed and the mystery man escaped. The next day, the suspect was tracked to room 536 at the St. Anthony Hotel and as police turned the doorknob to the room, the suspect—identified as Walter Emerick—shot himself in the head. Though Emerick was seen entering the Gunter Hotel with a woman, she was never identified and a body was never found.

According to Williams’ research, a ghost has been seen in room 636 at the Gunter, along with numerous unexplained paranormal events within the hotel. As for the St. Anthony, staff told Williams about numerous ghostly sightings and how certain doors inexplicably open and shut without any human or mechanical help.

The Missions
Some of the first European-style structures in Bexar County, the Missions have deep history in the area and ghost stories abound.

There’s said to be a headless friar who still wanders the grounds at Mission San Jose, presumably looking for his head; though, in some stories he still has his head.

And something sinister lurks at Mission Espada. Williams spoke with longtime residents of the area who told her about a large, black dog or wolf that grows as it chases its target, only to disappear moments before catching its prey.

But not all ghosts are malicious. At Mission San Juan, a park ranger told Williams how two tourists told him that a Native American welcomed them to the chapel as they sat in a pew.

The Crockett Hotel
What happens when you have a bloody battle where one side is completely outgunned with no hope of survival? You get unfinished business.

The Crockett Hotel is built on ground that hosted the infamous Battle of the Alamo in 1836. When Williams was working on her book, two psychics accompanied her to the hotel and reported hearing unexplained whispering and staff reported seeing a ghostly man clad in a blue Mexican military uniform. And then there is the whole doors and curtains opening by themselves thing, too.

The Witte
Some say that Ellen Schulz Quillin, who was instrumental in establishing the Witte Museum, never left the building.

According to Williams’ research, numerous staff members, executives and security guards have attributed ghostly footsteps, objects and furniture inexplicably moving to Quillin. Williams postulates that since the museum was dear to Quillin, she returned to manage her favorite haunt.

A band of Texans ambushed and killed 60 Mexican soldiers in the area of Salado Creek that is directly across the street from Victoria’s Black Swan Inn during Texas’ war for independence.

Williams writes about how there is strange piano music in the house, voices, footsteps and apparitions on the property.

According to Williams, this is one of the most haunted and active places she has ever investigated. The popular Travel Channel show Ghost Adventures also investigated the Black Swan Inn.

The Menger Hotel
One of the most famous historic establishments in San Antonio is also well known for paranormal activity.

As the story goes, Teddy Roosevelt recruited his Rough Riders in the hotel’s bar and a host of famous people has stayed at this historic hotel.

Aside from lights turning on and off with out any help, unexplainable noises and doors not staying locked, it’s said a woman in blue materializes on the second floor. And some people, who might visit the bar and get caught up in old tales, have even reported seeing Teddy Roosevelt’s ghost.

The Alamodome
While the Alamodome never resulted in an NFL team, it’s rumored to have attracted someone, or something, that isn’t from this world.

In her research, Williams quoted a February 17, 1994, story written by Charles Booker for the Current. Booker and two psychics investigated the Alamodome and the psychics identified a Native American woman in the northeast corner of the upper level, who died a violent death. According to Williams, employees occasionally hear sobbing from that part of the building and alarms go off for no reason, doors open on their own and voices that have no source are heard.