A Sneak Peek At Playful Public Art In Yanaguana Garden

The history of San Antonio is blossoming through magnificent mosaic sculptures in Yanaguana Garden at Hemisfair.

The playful park features a large blue bejeweled panther estimated to weigh somewhere between two and three tons and an anhinga that doubles as a bench.

Artist Oscar Alvarado, who was working with a concrete crew to set blue-colored beads of glass near a future splash pad Friday morning, previously told KLRN that the Payaya Indians' story of how the San Antonio River was created features a blue panther that chased an anhinga out of a hole in the ground. Drops of water fell from the anhinga's feathers, creating the river. 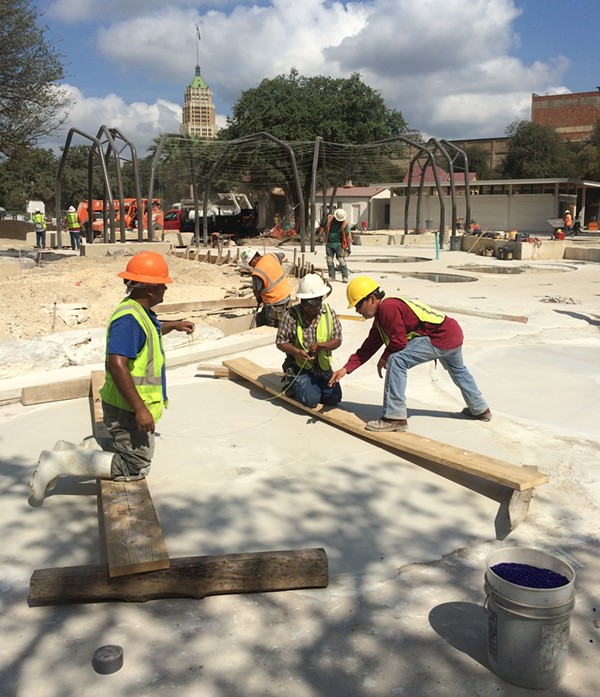 Beautiful landscaping and what is turning into an awesome-looking playground with all sorts of structures to climb and swing on is taking shape. It's definitely a place for the kids. But there will be adult features too, like a cold drink from the San Antonio Brewing Company. But the young ones come first, the brewery won't be open until sometime next year.

The Hemisfair Yanaguana Garden will be an active play and recreational environment for all ages and abilities that will attract residents and strengthen the local community. It will offer dynamic educational, physical, and social experiences that encourage interaction, creativity, exploration, learning, and fitness. Thoughtful integration of art, culture, history, and sustainability will make this environment the new world standard for innovative play. The sound of laughter awaits!


Drew Hicks, a spokesman for the Hemisfair Park Area Redevelopment Corporation, says Yanaguana Garden will open to the public on October 2. And there will be a series of family friendly events through October 4.

The Yanaguana Garden is featured in Phase 1 of Hemisfair Park redevelopment. The next phase is Civic Park, followed by Tower Park, both of which should be completed by 2020. 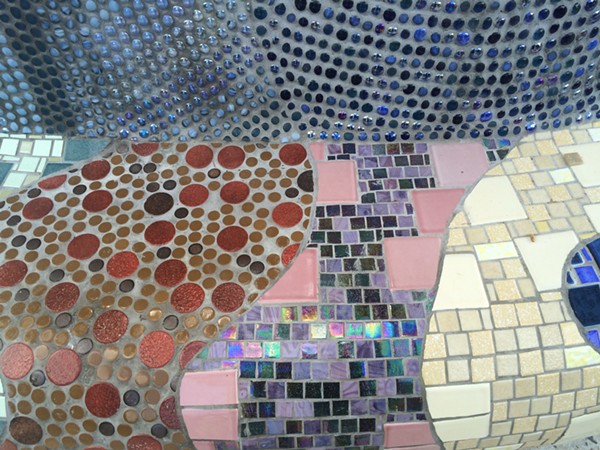