Prolific San Antonio percussionist and composer claire rousay is dropping a new album, a softer focus, April 23 on American Dreams Records. It’s an appropriate title, since the ambient release features, well, a softer focus compared to much of her previous work, which falls largely in the avant-garde realm.

She will celebrate the album release with a Saturday, April 10 livestream show on Bandcamp.

The first single from a softer focus, “Peak Chroma,” is one of the two non-instrumental tracks on the record. Featuring lyrics originally written as an iPhone Notes entry, the song is accompanied by a trippy video from rousay collaborator Dani Toral, who also handled visuals for the release. With its collage feel, the composition isn’t dissimilar to the mid-career work of Aphex Twin, and it’s already generating buzz, having appeared on Stereogum when it dropped several weeks ago.

rousay aspires to “explore human relationships and self-perception” in her music and performance, and the road to her present work has been varied — fitting for an artist so focused on experimentation. Fitting also is the release’s frequent use of non-instrumental content, much drawn from voicemails and field or environmental recordings. 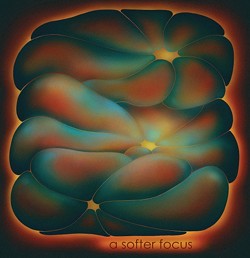 The new album comes out as rousay’s stock rises with listeners outside of Bexar County. A January story in millennial music bible Pitchfork gave accolades to one of her previous releases, it was always worth it. Pitchfork writer Jonathan Williger described the album as being about a breakup and noted that it features a recording of rousay listening to an Our Lady Peace song, a postmodern touch that gives an idea where she’s coming from.

Much of that increased exposure likely comes down to rousay’s willingness to work the road. She performed 200 gigs in 2017 alone, for example.

Of course, during the pandemic, live performance has changed dramatically. rousay, for example, recently posted a video of herself practicing for the livestream on Twitter, which consisted of herself singing, her voice heavily processed, and backed by a synth.

On April 2, she also posted a “sign of the times” moment on her Twitter account. “Tonight, I played drums, in a room with other people for the first time since February 2020 … I wept in my car afterwards,” she wrote, accompanied by a video of her performing with SA quirk-pop stalwarts Buttercup.

tonight i played drums, in a room with other people for the first time since february 2020... i wept in my car afterwards 😭 #live2rock pic.twitter.com/IOnDvjTIMD