A spiral-shaped sand dollar house is on the market for $2.2M in Central Texas

By San Antonio Current Staff
Share on Facebook
Tweet
Submit to Reddit
Email
Your eyes aren't fooling you. This white, spiral-shaped home along the shore of Lake Travis near Austin looks like a massive sand dollar. So much so that folks in the area know it as the Sand Dollar House.

And that's exactly what architect John Covert Watson was going for when he designed the four-bedroom, 2.5-bath property for the artist Eugenia Hunt in the late 1970s. The 2,240-square-foot home is now on the market for $2.2 million.

All three of the unusual lake retreat's bedrooms are connected to porches that offer views of the water and natural surroundings. Curving inside walls and a central spiral staircase carry the organic design to the interior, while skylights shaped like teardrops complete the illusion of dwelling inside an actual sand dollar.

If the home bears a resemblance to the Guggenheim Museum in New York, that's likely because Watson, the designer, worked for Frank Lloyd Wright while the iconic architect designed the art museum, which opened in 1959, according to a listing on Realtor.com.

This home is listed by Michelle Jones with Compass RE Texas LLC.

All photos and listing info via Realtor.com.
OF 40
PREV NEXT 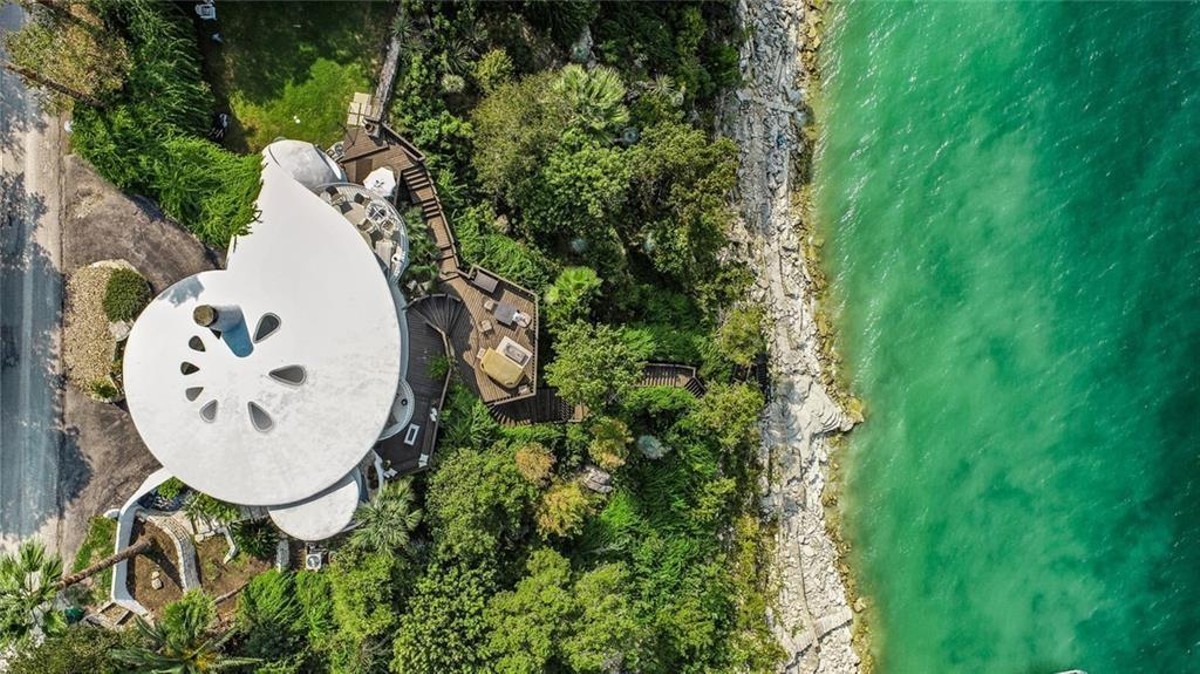