A Taste of the Rolling Stones in Havana 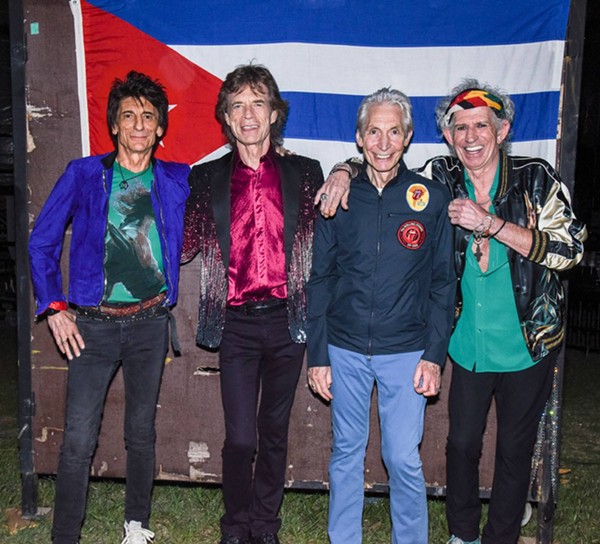 When we arrived in Havana, about 1:30 p.m., the fans were already pouring onto the sports field where the concert would be held. The taxi dropped us "a couple of blocks" away since the streets were closed. It turned out to be about a mile or more. The crowds were still pouring in. We were so far away it took us a while to even locate the stage ... like 30 minutes.

With approximately half-a-million people (some estimate the attendance to the free concert reaching 1.2 million) it was not easy, however there were high def Jumbotrons spread out through the crowd. The Stones played ALL their greatest hits! Mick can still strut as well as ever. There were people from everywhere in the world. Many extreme fans; we met two Brits, one that was celebrating his 100th show and another that had been to more than 150, both in Cuba on a vacation with their mother!

Although it was very well received, this is a country that has kept rock 'n' roll out and the majority did not know the words to most of the songs. Maybe they did not know what to think of these guys old enough to be their grandparents, or great grandparents. This is a young population that would not have had a chance to hear them before. The marketing machine was not in operation.

They did respond to Mr. Jagger, repeating back Mick's "whoo-hooo!" It was extremely peaceful. No problems in such a high group of people from every background. Of course the sets and music were beyond. The Stones in Havana!