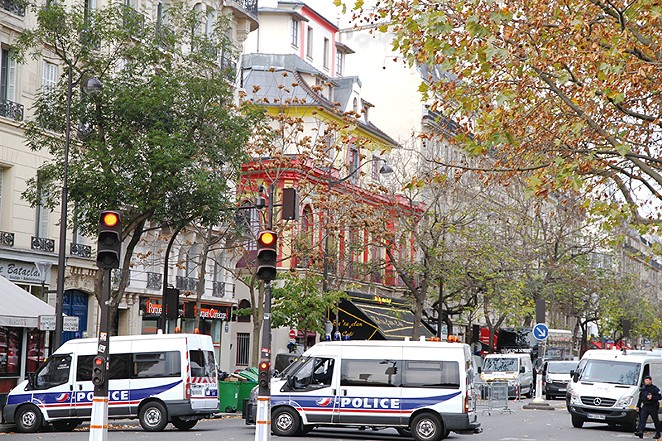 When crazed mass-murdering gunmen and suicide bombers horrified the world — as they’ve done for a long time now — in attacks in Paris and Beirut last week, the “Christian” governors of more than half of the United States were predictable in their xenophobic response.

Just three days after the attacks, Lone Star State Gov. Greg Abbott was one of the first to declare that Syrian refugees weren’t welcome in Texas.

In a letter to President Barack Obama, who plans to resettle 10,000 refugees in the United States, Abbott said he ordered the Texas Health & Human Services Commission’s Refugee Resettlement Program to not participate in the program and urged Obama to reconsider the move as “opening our door to them irresponsibly exposes our fellow Americans to unacceptable peril.”

An estimated 200,000 people have been killed by Syrian regime forces and the Islamic State during this war, with 4 million people displaced and fleeing their homes. Abbott, apparently, does not realize the people he doesn’t want in Texas are running from the same people that he is scared of.

But that pesky Constitution is haunting Abbott’s whims again. He can’t ban refugees resettled in the U.S. because once they’re here, they are free to travel to any state in the nation.

But, really, Abbott should be assured that his xenophobic lead should be enough to keep refugees out of Texas. After all, why would they want to come to a state that openly accused the war-ravaged of being the same terrorists they are fleeing?

A 2-year-old beluga whale died at SeaWorld San Antonio on November 13, the second to die this year.

In a statement to KSAT, SeaWorld said the whale — named Stella — was being treated for “gastrointestinal issues.” The television station reported that in July, another beluga calf died after being born premature.

Jared Goodman, foundation director of animal law for People for the Ethical Treatment of Animals (PETA), said at least 58 beluga deaths have occurred at SeaWorld facilities, proving that the mammals can’t be bred in tiny concrete tanks.

According to Goodman, Stella’s parents were born in the wild, from where SeaWorld “desperately” tries to import its belugas.

“Like the others before her, she died far, far short of the 50 years that belugas can live in their natural ocean homes, and her preventable death is one of the many reasons why PETA is calling for an end to SeaWorld’s deadly beluga-breeding program,” Goodman said.

The Texas Policy Evaluation Project — a comprehensive look by UT-Austin at the effects of strict abortion laws passed by Texas legislators over the past few years — found that self-induced abortion is common on the border and in demographics where historic reproductive-health obstacles exist.

Researchers predict an increase in self-induced abortion if the Supreme Court upholds Texas House Bill 2, which, if it goes in full effect, would leave just 10 abortion clinics in a state with more than 5 million women of reproductive age.

“This research supports what we already know — these extreme restrictions erect enormous barriers to accessing safe, legal, quality abortion care for many Texans,” Busby says. “House Bill 2 was designed to shut down clinics and the law puts pregnant people’s health and safety at risk.”

Even the American Medical Association is opposed to House Bill 2 on grounds that the government imposed regulations threaten safe “evidence-based protocols for medical abortions,” jeopardizing reproductive health of women in the Lone Star State.