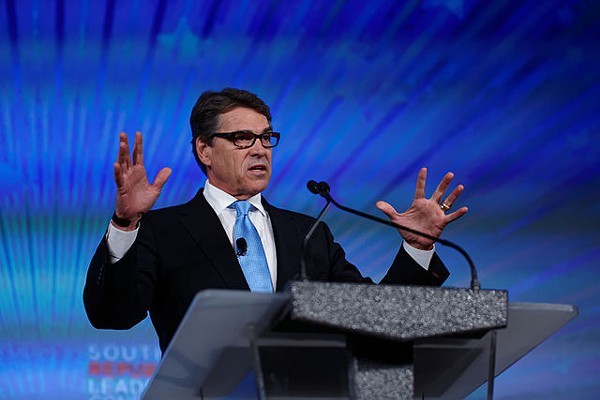 The longest-serving governor of Texas is out of the woods.

The charges stemmed from Perry’s decision in 2013 to pull $7.5 million the Travis County district attorney’s office, which often investigated public corruption cases. After its leader, Travis County District Attorney Rosemary Lehmberg, was arrested for drunken driving in 2014, Perry threatened to veto the office’s funding if she didn’t step down, claiming that she was unfit for office. Lehmberg stayed, and Perry kept his promise.

Perry was indicted in 2014. Since then, a dark cloud hung over the former governor’s head. Although it didn’t stop him from launching a brief second presidential bid, he pointed to the indictments as factors in his failure to gain traction as a candidate. He prepared for the race for over two years, but he was among the first Republican candidates to drop out, bowing out in September after just three months on the trail.

"It was a bunch of foolishness from the beginning. I feel bad for him because he was put through this for no reason," Buzbee said.

Liberal groups such as Progress Texas were quick to denounce the ruling.

"The Texas Court of Criminal Appeals tossed out decades of precedent to grant a special privilege to Rick Perry, allowing him to escape a trial before any evidence against him was heard,” Glenn Smith, director of the Progress Texas PAC, said in a news release. “It's a black day for the law in Texas.”