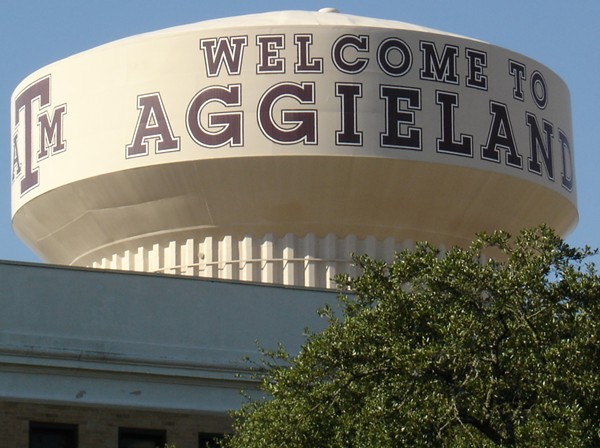 A white nationalist who's called for the “peaceful ethnic cleansing” of America is coming to Texas A&M next month.

Richard Spencer will speak on campus December 9 about the "alt-right" movement — the recent uprising of radical conservatives with overtly racist values who see an ally in President-elect Donald Trump. Spencer, labeled an "academic racist" by the Southern Poverty Law Center, has become a leader in the movement, appearing on traditional media outlets throughout the campaign to discuss Trump's appeal. He leads the demurely-named National Policy Institute, a white nationalist lobbyist group based in the Washington, DC metro region.

Texas A&M did not invite Spencer to speak and doesn't condone his message, but isn't cancelling the scheduled event.

"To be clear, [the university] did not invite this speaker to our campus nor do we endorse his rhetoric in any way," wrote A&M spokesperson Amy Smith in a statement. "In fact, our leadership finds his views as expressed to date in direct conflict with our core values."

But, Smith added, private citizens are free to reserve event space on the public university's campus. Which is why former A&M student Preston Wiginton invited Spencer to speak earlier this year. Some 3,600 people have already signed an online petition demanding A&M shutter the event.

“Why can’t we celebrate who we are? Why can’t we have a political right to our system?” Wiginton said in an interview with the university's school paper, the Battalion.  “If we want to have a white state, or a white community or a white homeland we should be able to have that. We respect that for all people. If we look at the NAACP, black people have the right to have that. Why can’t white people have a WAACP?”

As a student, Wiginton was known to argue with professors and school officials about their anti-discrimination rules, according to the Battalion. He was also blocked from starting an all-white radio station on campus.

"While Richard Spencer’s freedom of speech and expression are protected, so too is the right for students to respond," write the 27 student, including leaders of both Republican and Democrat campus groups. "Our response as student leaders is this: hatred and bigotry have no place at Texas A&M."