Music » According to Our Records

According to Our Records: Reality's 'A Taste of the Bass' 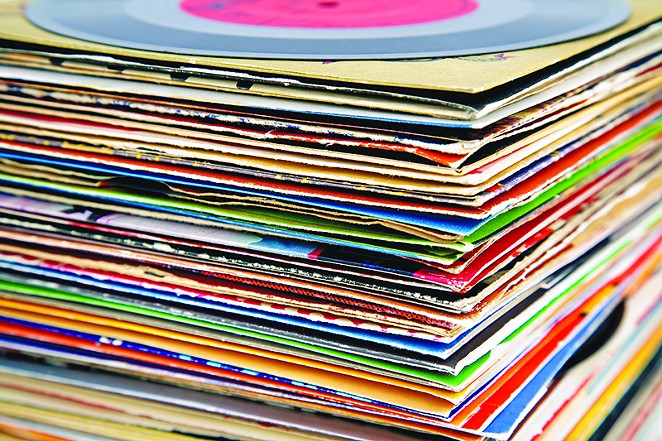 We all know the highlight reel of San Antonio's sterling musical tradition — Augie's reverse-color organ, Flaco's gold tooth, that Selena music video filmed on the River Walk where she eats B-grade Tex-Mex and gets dumped in a letter by some unknown fool.

Our newest column, "According to Our Records" dives head first into the obscure, exploring the styles, songs and artists that slipped through the cracks of time and mass appeal. Something of an SA archivist, Rae D. Cabello brings us seven-inch singles and LPs from his crate-digging exploits, reopening avenues of the city's winding past. -Matt Stieb

A Taste of the Bass

Ron "M.C. 14K" Kelley and Thaddeus "GQ" Crum, met each other as honor students and youth members of the Second Baptist Church (one of the city's more conservative African-American churches at the time).

"We were the smart kids in school," Kelley said. Both students shared a large interest in hip-hop, particularly the East Coast school for its lyrical depth and unique Five-Percent Nation terminology (a movement that was largely associated with hip-hop). Heavily influenced by the likes of Public Enemy, the duo decided to form Reality and include not only dancers, but "security" as well.

After school, the group recorded in Kelley's bedroom on a Sears department store sampler — the Casio SK-1 and a Yamaha multitrack recorder. Produced in 1988, the group released "A Taste of the Bass" and "Righteous Revolution" (1989) on their DIY label Divine Records. At the time, Joey Records (Now El Zaz Music Inc.) didn't know how to press rap or hip-hop records — the result was a muffled lo-fi sound that blanketed both songs, which at the time the group didn't enjoy. Today, that sound is the happy accident some producers and emcees hope to achieve.

"A Taste of the Bass" opens up with a crunchy pulsating low-end that goes right into a heavy drum break featuring vocals by friends Marius Williams and Louis Myers. Both Kelley and Crum trade off on vocals in a Beastie Boy fashion letting its audience know that "SA, Texas is our hometown," while bringing in obscure samples and more vocals throughout the track. In "Righteous Revolution," the group's anti-drug and anti-gang stance is approached in a near battle rap form — "On the subject matter of just who's badder, who's number one serving suckas on a platter." The group did some shows around town with other acts such as PKO (Pounds, Keys and Ounces), a group who also contributed early to SA's rap scene with more of an NWA persona.

The two teens eventually moved on to college, but still stayed closely connected to the hip-hop scene. Kelley interned at 96.1 FM alongside PKO's DJ AK and helped bring acts to town like Outkast, Jay-Z, Houston legends UGK and The Notorious B.I.G. Crum moved to LA and pursued a music career with another local, Mad One (Brandon Morgan). Today, Kelley is the CEO of an educational company based in Texas while Crum enjoys a career in the auto industry. Kelley played a major part in the discovering and signing of Mad Decent rapper Riff Raff and is currently working with GZA on an educational project.

These days, you can find their record in the hands of international collectors and online for around $200. However, Reality is worth much more than that. Aside from being pioneers in San Antonio's hip-hop scene, they played an important role in its development — a contribution that can't be measured.

According to Our Records Reality Taste of the Bass Vinyl