With hopes that everyone who made the trip to the Austin City Limits fest has recovered from any sunburn, hangover, or fried-food-related illness that resulted, let’s tidy up some ACL-related odds and ends.

One of the week’s big treats was a spin-off concert (they’d call it an aftershow but it took place before the fest began) in which David Byrne used the elegant Paramount Theatre as one of the first venues for his Songs of David Byrne and Brian Eno tour. Set up to promote the new Byrne-Eno project Everything That Happens Will Happen Today (Todo Mundo ) — currently available in various digi-formats at everythingthathappens.com and coming later on CD — the show included songs from that album, a tantalizing taste (that is to say, not enough) of music from their 1981 My Life in the Bush of Ghosts, and hits from the brilliant Talking Heads albums Eno produced. As such, it was a great chance to reflect on the paths both artists have taken over the years. 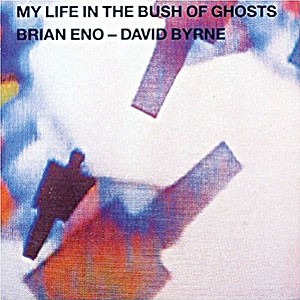 The reason Bush of Ghosts was underrepresented, as its fans will know, is that Byrne never sang on it; foreshadowing trends to come, the artists instead sampled vocals from fiery evangelists and radio talk shows. By contrast,
Everything That Happens consists of “real” songs in which music by Eno supports lyrics written and sung by Byrne.

The two outings make quite a then/now diptych, with the first full of edgy mysteries and the new one calmly reflective, at least on the surface. Weirdness bubbles up on tracks like “Poor Boy,” whose jumpy beats and
flange-y vocals lead to a terse chorus section descended from “I Zimbra” (a very welcome notch on the Paramount set list). But more often, even the odder sounds (like the wheezy synth-organ on “Wanted for Life”) are incorporated into more sanguine tunes. Byrne may be singing “I saw my neighbor’s car explode” on the title track, but the melody’s pretty enough to be an ambiguously calming closing number for the live show. (The record’s best song, “Strange Overtones,” is currently available for free download at the site. Go get it!)

Over at Waterloo Records, which in proximity and spirit may as well be the official retailer of ACL, the new Metallica record was recently outsold by an album of choral music. To be fair to Hetfield & Co., Conspirare leader Craig Hella Johnson and composer Tarik O’Regan did an in-store signing that week, but still. In college (before I made the switch from choir nerd to movie geek) I was lucky enough to sing in the first choir Johnson directed after getting hired at UT, so I’m not surprised, given the talent and ambition he displayed, that he has been able to build a group like this — a perfectly functioning artistic entity that is also able to pay the bills putting on concerts without aesthetic compromise. This new album, Threshold of Night (Harmonia Mundi), puts lyrics by Poe, Dickenson, Neruda, and others into exquisite choral settings, and seems likely to get the group more attention from the Grammy folks.

Many fans of the TV show Austin City Limits have lamented the fact that most of the show’s DVD/CD releases to date are of recent performances, not of the classic stuff that made the series famous. Do we really need DVDs of Tift Merritt and Ghostland Observatory when performances by Tom Waits and Ray Charles sit in the vaults? Things may be changing, judging from two titles due later this month: A 1978 set by Merle Haggard and an ’84 one by Waylon Jennings are coming out on both CD and DVD.

And speaking of broadcasts: an Iron & Wine concert I attended at the ACL studios is scheduled to air on PBS November 15. The set wasn’t as gripping as the group’s latest record, The Shepherd’s Dog — I was expecting a wider dynamic range and more ingredients from outside the folkie vocabulary — but it clearly pleased the crowd. Me, I’ll be setting the DVR for the following week’s Gnarls Barkley, whose ACL aftershow rocked Stubb’s even without much in the way of fancy costumes. •