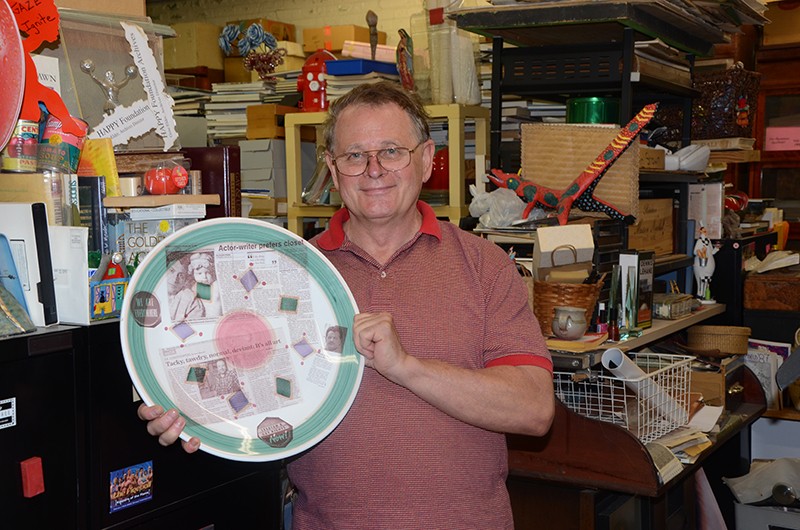 Named in honor of developer, entrepreneur and arts advocate Arthur "Hap" Veltman and housed in the same historic building as The Bonham Exchange, The Happy Foundation is a non-profit archive dedicated to the preservation of LGBT history.

Focused on, but not limited to, San Antonio and Texas, the foundation is funded by the Bonham and operated by local artist, activist and archivist Gene Elder.

An eccentric and witty complement to the periodicals, books and jam-packed filing cabinets, Elder is a wealth of knowledge with a long and unusual list of accomplishments.

Consider: Writing and staging the camp ballet Fairies Fiasco (a creative response to military raids at the San Antonio Country, a legendary gay disco Veltman and Elder co-owned); running for SA mayor in 1979 (on the "Party Party" ticket); being arrested on the steps of the Supreme Court (for civil disobedience during the 1987 March on Washington for Lesbian and Gay Rights); curating works by 100 local artists 10 poets for a time capsule housed at the San Antonio Museum of Art; stirring up controversy at Blue Star (by painting on the American flag as part of the 1989 exhibition "Loaded"); and appearing on the cover of The Wall Street Journal in 1999 (for a Fluxus art project involving sneaking into hundreds of tourists' photos in front of the Alamo).

In observance of LGBT Pride, the San Antonio Current visited the Happy Foundation to chat with Elder, who donated 21 journals (spanning from 1943 to 2014) last year to the University of Texas at San Antonio Libraries Special Collections.

What provided the spark leading to the creation of the Happy Foundation?

Well, it's named after Arthur "Hap" Veltman, who everybody called "Happy." He died in 1988 and we started the archives ... Happy had wanted to start a foundation in his will, but it hadn't really been defined. He sort of saw it as a support for legal issues which was, at that time, on the front burner ... I was becoming increasingly aware of the fact that as our friends were dying of AIDS, their families would come in and ... any gay publications and any pictures of their friends in drag at birthday parties — all that just got thrown in the trash ... It blossomed in my mind that we [needed] to start saving our history. 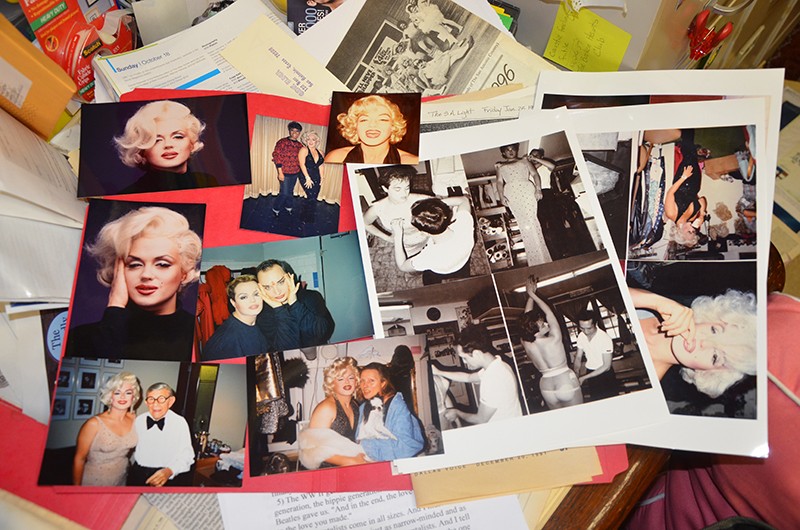 How do you determine what's worth saving?

As you can see, I save everything ... all the things the various religions have protested or supported ... ex-gay and Jerry Falwell and Metropolitan Community Church ... politics and the various groups that have been politically active ... Queer Nation and the Texas Gay Task Force. Then other files on things like the Boy Scouts. Of course, big files on marriage ... stuff on other archives ... artists and the military and theater and sports. Name a topic and I've started a file on it.

In a recent email, you mentioned keeping files on gay Republicans and gay Democrats, looking at both sides of the debate.

The lesson that I've learned from being an archivist is that you have to put your prejudices aside. Because as you know, the Stonewall Democrats aren't keeping any files on the [Log Cabin] Republicans and the Republicans don't give a shit about the Democrats. The various little groups like the Esperanza have kept files on themselves but they don't keep files on anybody else, especially anybody they don't like. It's amazing how little groups don't like the other little groups who may be doing something differently and certainly aren't keeping files on the religious groups who are opposing them. They just kind of have that in their memory ... how long does that last? I came to the realization that as a librarian and as an archivist, you cannot properly collect a history if you're going to start editing out people that you don't like.

How does San Antonio's drag community factor into the Happy Foundation?

I don't really keep up with it too much anymore 'cause I don't really go out at night anymore. But in 1973, when we started the San Antonio Country, the one thing I can say about the drag community is that they were so knowledgeable about politics. I was just always amazed because that's always a topic that you talk about in the gay community — who's doing what and who's trying to stop us. The drag queens always were current with politics and voting and stuff ... they were always so bright and they just got it and could articulate their opinions well ... You kind of think drag queens are just going to be airheads, wanting to dress up and that's it. But they're really quite smart.

When did you start Political Art Month?

In 2010, the very year Contemporary Art Month [moved from] July to March. I just declared [July] Political Art Month ... There's fabulous political art going on all year, so it's not like you had to ghetto it into July, but I thought July would be a great time to write some good articles about what's happened ... But it's turned out people don't want to do anything in July.

Tell me about your ceramics.

Wesley Harvey helped me do them ... He was doing his decals of Tom of Finland [and] one day, it just struck me. I thought, I need to be firing these newspaper articles on plates ... and so I started going through my files and pulling out famous newspaper articles that documented the gay civil rights movement — people and places and marches and everything ... I decided that they were the perfect china pattern for the gay couple who has everything.