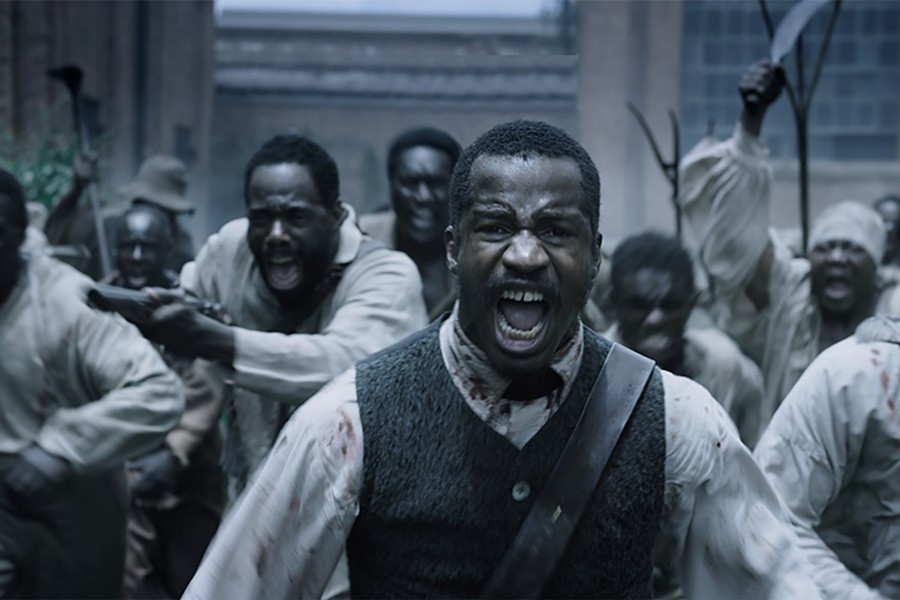 Oscar-nominated actor and San Antonio resident Jackie Earle Haley (Little Children) wants his new drama, The Birth of a Nation, to make an emotional impact on audiences and show them how much more healing the United States needs to do as a country. In the film, Haley, 55, plays Raymond Cobb, a member of a slave patrol who enforced discipline on black slaves in the antebellum South. The Birth of a Nation tells the story of Nat Turner (Nate Parker), a slave who led a rebellion in Virginia in 1831. Haley spoke to the Current last week about the film.

The Birth of a Nation opens nationwide Oct. 7.

What did you see in the script and your role that made you want be a part of this project?

[Director/writer/producer/star] Nate [Parker] sent over the script and I thought it was full of beauty and horror. It contained a lot of humanity but also incredible inhumanness. Racism is a subject I’m really interested in. I feel we live in a country where our Constitution says we’re all created equal, but we’re not living up to that promise. The character I play is definitely one of the most unpleasant aspects in telling the story. It’s a very emotional and difficult subject to deal with.

Do you think a film like this speaks to some of the injustices we are witnessing today in any regard?

I think we can all look back 180 years and recognize the inhumanity that is part of our history. When we look back to that time and see with such clarity how wrong it was to oppress a certain group of people, I would like to think that could shed some light in our hearts in this day and age. More of us need to recognize the oppression that is taking place today in our poor neighborhoods like in Ferguson. Things like the war on drugs and privatized prisons have created such systemic racism. There is a lot of crime in these communities, but that’s a symptom. In order to cure that symptom, we need to look at the real problem, which is the lack of opportunity.

With the record rate black men are incarcerated in the U.S. prison system today, do you feel this is the new form of slavery in this country?

Absolutely. Look at some of the other countries like Switzerland and Norway where it’s all about rehabilitation. Our prison system is cruel. The Constitution says no cruel or unusual punishment, but all we’ve managed to do is make cruel usual. It’s absolutely horrible we allow all of this to take place.

Did you worry playing this type of antagonist—someone with no redeeming qualities—would forever attach you to such a hateful character? I mean, you did earn an Oscar nomination for your role as a registered sex offender in Little Children, but at least that character loved his mother.

Well, I play a lot of bad guys. But bad guys don’t know they’re bad guys. In The Birth of a Nation, I was playing a bad guy who felt he was justified in everything he was doing. He is a product of that time and of that thought process. [In Lincoln], I played the vice president of the Confederacy. He was convinced the white man was superior and the black man was here to be subservient.

How do you view Nat Turner’s legacy?

I think [the revolt] was heroic. It ended horribly for everyone involved, but the bottom line is that he was fighting for humanity and for people everywhere who were oppressed. I think it was an incredibly brave thing to do. He decided he was not going to live like that anymore and did something about it.

I’ve always been the type of person who can separate the art from the artist. If Mel Gibson or Woody Allen or Roman Polanski make a good film, I’m going to say it. With the controversy surrounding Nate over the last few weeks (a 1999 rape allegation recently resurfaced), do you think it’s fair if people decide they don’t want to support the film?

Your next project is the highly-anticipated film The Dark Tower, adapted from the Stephen King series. What can we expect?

I think these guys are doing a pretty good adaptation of the books. I haven’t read all of them, but I have definitely poked around. I really like what they’re doing with it visually. I think it’s going to be pretty cool. I’m looking forward to seeing it myself.