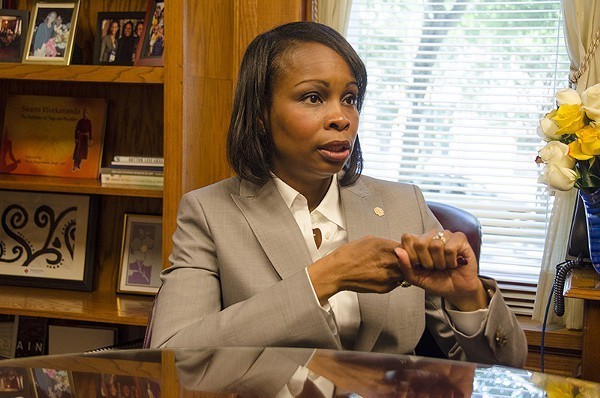 The HistoryMakers, a nonprofit billed as the nation's largest African-American video oral history archive, will be in San Antonio this week interviewing 11 prominent black leaders.

"When we interview our subjects, we look at their pathway to success, but we're also be looking at family and identity and documenting the African-American experience," said Julieanna L. Richardson, The HistoryMakers' founder.

The organization's 9,000 hours of videos are archived permanently in the Library of Congress. The recordings also will be made available later this year via a searchable database on the library's website.

So far, Richardson and her crew have done interviews in 32 states.

"This is really our first extended visit to San Antonio," she said. "In many ways, it's a fact-finding mission for us."

In addition to and Taylor, the week's interviewees include:
While here, The HistoryMakers also will meet with local institutions such as Our Lady of the Lake University, the University of Texas at San Antonio and the San Antonio Public Library about offering its archived interviews.