After 24 Years, SAFILM Continues to Give a Platform to Creative San Antonio Moviemakers 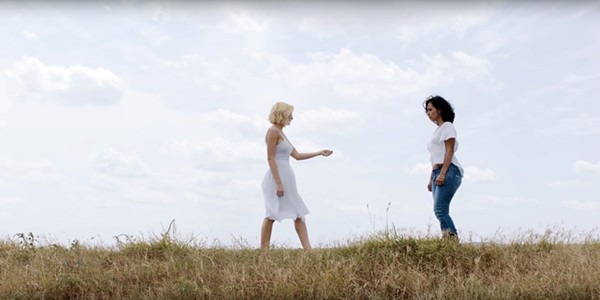 Sooner or later, San Antonio Film Festival (SAFILM) director and founder Adam Rocha thinks a hometown filmmaker will emerge to tell stories about the Alamo City, much like Spike Lee does with Brooklyn, New York, and Kevin Smith with Red Bank, New Jersey.

“We want to give birth to a filmmaker from San Antonio who can do the same,” Rocha told the Current. “We want someone to tell the great stories we have here.”

Celebrating its 24th year in the community, SAFILM has seen a host of local filmmakers like Ya’Ke Smith (Katrina’s Son), Bryan Ortiz (Doctor S Battles the Sex Crazed Reefer Zombies) and Eric Fonseca (Funeral March for a Marionette) compete with movies from around the world during the festival.

This year, the festival, which takes place August 1-5, is no different. Rocha said the number of projects directed by San Antonio filmmakers is at one of the highest levels he’s ever seen. Some of these local films include Tía Chuck: A Portrait of Chuck Ramirez by Angela and Mark Walley; Cornyation by Dave Sims; and Mr. Zoot Suit by Chan’Cellore Makanjuola.

The jury is still out on whether this year’s group will produce the next big-name director like Lee or Smith, but the hunger of local filmmakers is more evident each year SAFILM comes around.

“I’m really happy and excited about all the San Antonio filmmakers we have screening their work this year,” Rocha said. “The filmmaking community is definitely growing.”

Another local filmmaker participating in SAFILM this year is Alexia Salingaros. Currently studying film at New York University, Salingaros is a graduate of Saint Mary’s Hall. Her new short film Junction gives viewers a surreal glimpse into the loving, albeit painful, relationship between two women who find themselves on an emotional journey with one another. Salingaros flew from New York to San Antonio with a “micro-team” of five crew members to shoot Junction in her hometown.

“My hope for this film is that it may connect with each viewer uniquely,” Salingaros said. “This film marks my transition into a higher level of filmmaking — from high school to college. This is a film that does not shy away from getting lost in a fantastical yet brutally honest world. I can’t wait to share it with the community.”

For local filmmaker Raymond Ramos, SAFILM is a platform where he can showcase his work as a filmmaker who is looking to “invoke feelings” with the films he creates. In his new short project ADAM, Ramos tells the true story of the events that led to the suicide of a bullied high school student inside his classroom and how his death affected one of his friends.

“Filmmaking is about getting a reaction from your audience,” Ramos said. “I want to make films that leave you thinking about them after you see them.”

Also screening his new movie is local filmmaker Sam Lerma. Recently, Lerma stepped away from his position as an instructor and director of production at the Film School of San Antonio at Harlandale after eight years, so he could focus more attention on his film and commercial career. In his half-hour film Eastpoint: An Art Documentary, Lerma centers his story on the art curriculum in the Eastpoint public schools and shows how arts education “helps nurture creativity and leads to better student performance.”

“As an art lover, and a creative myself, I feel it was important to document the impact of art on the children in Eastpoint,” Lerma said. “Art is an important component to a child’s education. I feel it deserves more respect than it’s given, especially in the current climate. We need art in the classroom. It should be a part of every child’s curriculum.”

Local filmmaker Kaitlyn Rosas is someone who benefited from going to a school where art was a key element in her education. A recent graduate of the North East School of the Arts, she is screening Holy Ground, a short documentary on the Canary Islanders of Villa de San Fernando and the deep roots they have in San Antonio. As an 11th generation descendent of the Canary Islands, Rosas encourages others to become curious about family history and ask questions about their origins. She looks forward to telling more of these stories in the future as a San Antonio-based filmmaker.

“Our town is so creative and beautifully influenced by the diversity of our cultures,” Rosas said. “I feel it really comes into play with what we bring to the table as filmmakers. We may not be as big as some Texas towns when it comes to film, but I truly believe we are on the rise.”