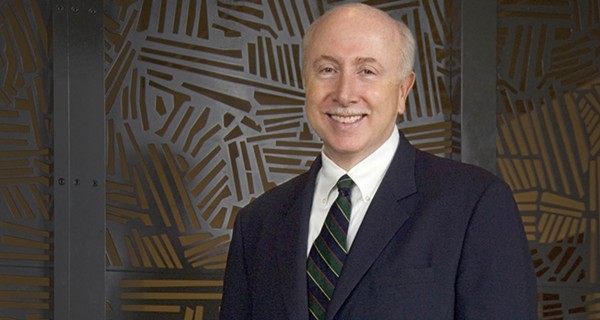 The second person to lead the McNay Art Museum since it was established 62 years ago will retire.

William J. Chiego, who has been at the museum's helm since 1991, will step down on September 30.

“I have enjoyed and continue to enjoy the opportunities and challenges of this great job, working with a supportive and dedicated Board and a talented and devoted staff, to grow and strengthen this superb museum. Together we have accomplished much of what I set out to do when I came to the McNay," Chiego says in a press release. "Therefore, I feel that now is the right time to identify new leadership and I will work with the Board and staff over the coming months to assure a smooth transition, while continuing to move the museum forward.”

During Chiego's tenure, the McNay Art Museums collection more than doubled from 9,000 to more than 20,000 works of art. Chiego also spearheaded a $51 million capital campaign that resulted in the Jane and Arthur Stieren Center for Exhibitions, which opened in 2008.

Just a couple weeks before Chiego announced his resignation, City Council approved closing a portion of Rittiman Road that splits the museum's property at the intersection of Austin Highway and New Braunfels. Now, the museum will reconnect with a triangular slice of land that will enable it to expand its sculpture garden and provide for a safer entrance to the museum.

But after a quarter century working at the McNay, there's no way Chiego won't have some association with the McNay, but he will have more time to spend with his wife and family.

Sarah Harte, president of the McNay's board of trustees, says the museum has appointed a transition committee that will conduct an international search for Chiego's successor.

“The timing of this announcement is to ensure that a succession-planning process will be deliberate and seamless until the best qualified candidate is secured and a smooth transition follows,” Harte says in a press release.