After calling COVID a hoax, U.S. Rep. Chip Roy says someone in his household tested positive 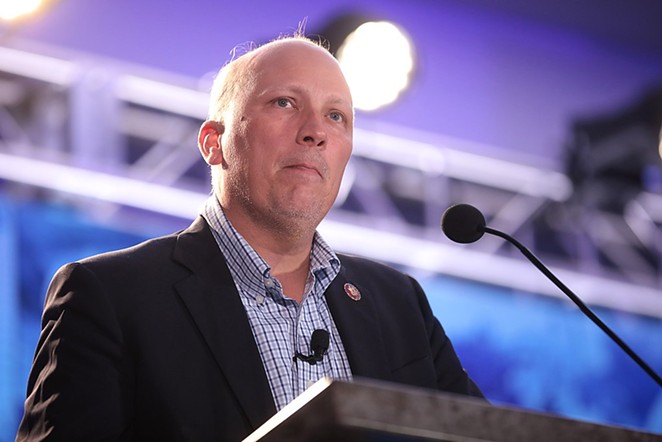 U.S. Rep. Chip Roy, R-Austin, who's frequently downplayed the seriousness of the pandemic, issued a statement in response to the death of Rep. Ron White in which he said someone in his household tested positive for the coronavirus.

"The last text I got from Ron was just over a week ago. He said 'Still in hospital, but definitely improving. Praying for your family!!!'" said Roy, whose district includes San Antonio. "This was because my family had a positive test amongst us, and he was constantly asking how we were doing, even as his cancer-ravaged body was in a weakened state to battle the virus."


Roy's office didn't respond to an inquiry last week from the Current asking whether he or anyone in his family had contracted COVID-19.

The public revelation that a member of his household tested positive for the virus comes after Roy, a partisan fire breather, has made statements downplaying its significance.

During a chat last July with right-wing radio host Steve Deace, Roy suggested shadowy powers were using the coronavirus as a hoax to damage the Republicans' chances in the 2020 election.

"It is all about November and all about reclaiming power in November," Roy said. "And I think on November 4, there'll be a magic awakening on how we suddenly beat the virus."

Roy also told Deace that he was asking the White House and Congress to hold hearings to "shine a light on the absolute fraud being perpetrated on the American people of fear."

Roy has also repeatedly said he supports herd immunity, a controversial theory widely denounced as dangerous by public health experts. What's more, in November, as health officials warned people against large Thanksgiving gatherings to avoid spreading COVID-19, he tweeted, ""I will do whatever I want to do on Thanksgiving. Period."