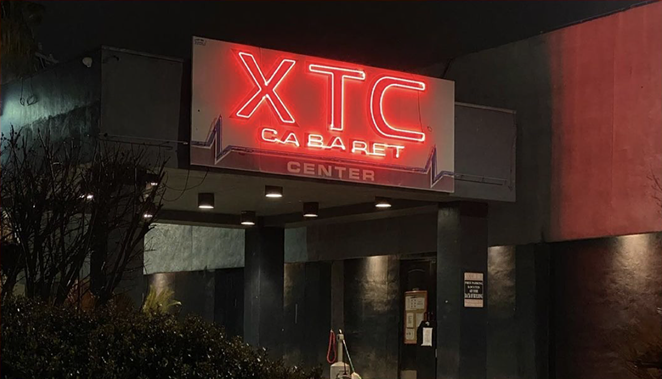 No one would accuse the managers of one San Antonio strip club of a lack of resourcefulness.

After repeated tangles with city inspectors that left it without water, power and permits, XTC Cabaret has brought in a truck-sized generator to provide the bright lights and thumping music needed for such an establishment, News4SA reporter Darian Trotter shared via social media.

Last week, the station reported that the city had shut off the power and water off at the airport-area club, but attorneys for the business said it's not going down without a fight. The venue reopened over the weekend without a certificate of occupancy, according to multiple news reports.


XTC has been in the city's sights since last year, and in December, the two entities sued each other in state District Court in San Antonio.

The club asked the court to restore its certificate of occupancy, which the city rescinded over citations for COVID-19 protocol violations. Those included a lack of face masks and failure to observe social distancing rules, according to city records.

The city wants to close the club and board up the building for a year, according to its legal filing. Rather than focus on pandemic code violations in its suit, the city alleges the club is a hive of criminal activity — a claim the club denies.

XTC has racked up eight city citations since January 1, the majority of which are for operating without the certificate of occupancy. Others include a lack of face masks and failure to observe social distancing rules.